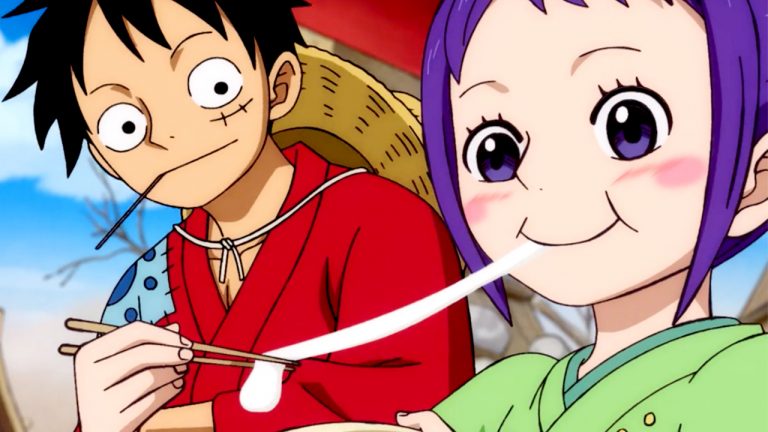 One Piece 918 – Release Date and Spoilers

One Piece Chapter 918 will come out on. The chapter features the Wano Arc. Rest of Straw Hats have entered the Kingdom of Wano along with their allies. Luffy met a kid “Tama” in a poor part of the city. She fed Luffy some food as a gesture for saving her. But Luffy found out that Tama had barely anything to eat herself. Meanwhile, Luffy catches up with Zoro. Tama is kidnapped by a subordinate of Heldom who works under Jack. Heldom is after the abilities of Tama as she can tame any animal due to her devil fruit.

Luffy, along with Zoro and a female Samurai from Wano set out to save Tama. At the town center, she is held, hostage. Heldom has her in the lion’s mouth on his belly. Meanwhile, Law has also made a move towards the scene. The plan was to stay low in the Wano before the forces are scrambled. But Luffy has caused quite the Havoc now.

Luffy hit the Heldom with the Red Hawk which will free up Tama. Luffy will try to get out of the scene as the rest of Beast Pirates are attacking them. One of the headliners of Beast Pirates who is a part-horse is tamed by Tama’s ability. Luffy escapes from the scene along with Tama. Zoro has taken charge of food that was passing through the town. He wants to give it to the Leftover town

Elsewhere, Law tries to keep Hawkins from reaching Luffy as it would cause a large scales problem. It is probably late as things have already escalated. A big fight is coming. Luffy has made a great gesture by promising Tama that when he leaves Wano, They will never have any food shortage in this country.