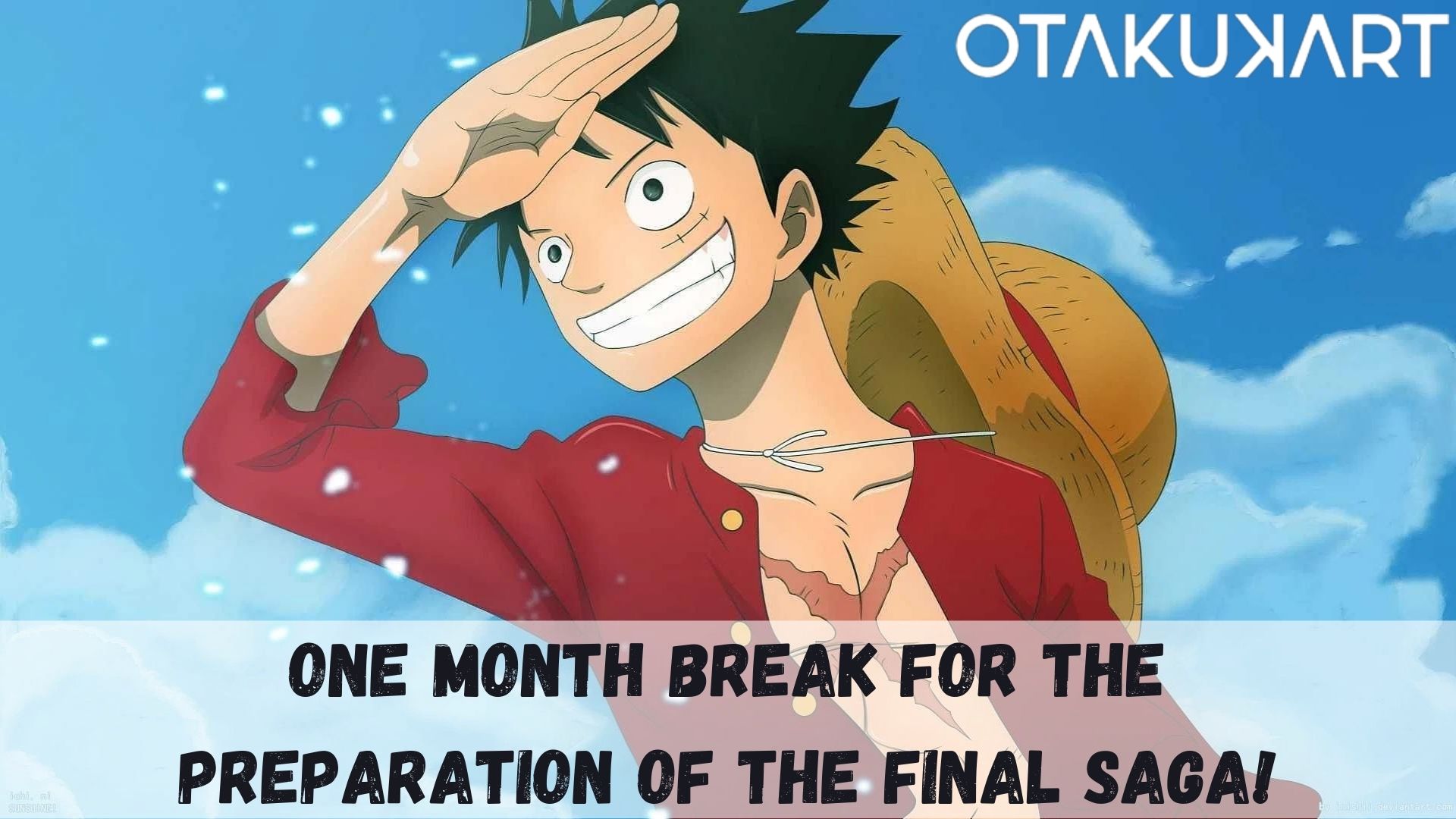 One Piece On One Month Break For The Preparation Of The Final Saga!

One Piece franchise is reaching new heights with the new movie, upcoming live-action, and the end of the Wano Arc. Furthermore, One Piece will be 25 years old coming this July. However, for the preparation of the 25th anniversary and the “final saga” of the One Piece, the author of One Piece Eichiro Oda took the Twitter account of One Piece Manga on Tuesday (7th June) to announce a break of one month starting from the 30th issue of Shueisha’s Weekly Shonen Jump. The next saga of the One Piece will be the final arc as Oda suggested “preparation for the final saga”.

Originally, Eichiro Oda was not planning on taking the break at all. Several individuals suggest that the summer of 2022 will be hectic for him since many projects will be colliding with each other. The opening of One Piece Film Red in theater, Oda’s plan to go to Africa to see the development of live-action as well as the ending of the Wano arc. After everyone’s suggestion, Oda decided to a take one-month break before he prepares for the “final saga” of the One Piece.

However, before the One Piece series goes on one month’s break, there are going to be two more chapters. Chapter 1052 and Chapter 1053 are the said chapters and they will release on the 28th and 29th Issue of Shueisha’s Weekly Shonen Jump respectively. So before One Piece goes on a one-month break, we might get to see the end of the Wano arc.

In his illustration, Oda stated that he needs a one month break to breathe. He said, “I need four weeks to stead breathing”. In his note, he also mentioned his desire to go to Africa to see the set of One Piece live-action. However, he won’t be able to do so because of the ongoing pandemic that arises in covid-19.

More Information Regarding One Piece’s Hiatus

One Piece is taking a break of one month after whole twelve years. The last break One Piece had taken was back in August 2010 when the One Piece’s Paramount arc finished and the straw hats decided to take two years to train. And, now before One Piece goes into its biggest saga even bigger than Wano and Emperors, it will take a hiatus of a month. The announcement of the final saga was also teased back in August 2020 through Weekly Shonen Jump said “headed toward the upcoming final saga”.

The fan’s reaction to the news of course came with a mixed reaction while few were upset, the others encouraged and prioritized Oda’s health amidst the upcoming events. Oda also joked about his upcoming break with the protagonist of the upcoming One Piece Film Red. The illustration narrated Uta saying “Hey Luffy, stop being a pirate. Hey Oda-san, stop taking breaks. Oda replies “Shut Up”.

One Piece will have a lot of events and news regarding the 25th anniversary and the upcoming film. Make sure to bookmark our website for frequent updates on not only One Piece but a lot of the other manga and anime.

Also Read: One Piece: The World Map Explained In Detail