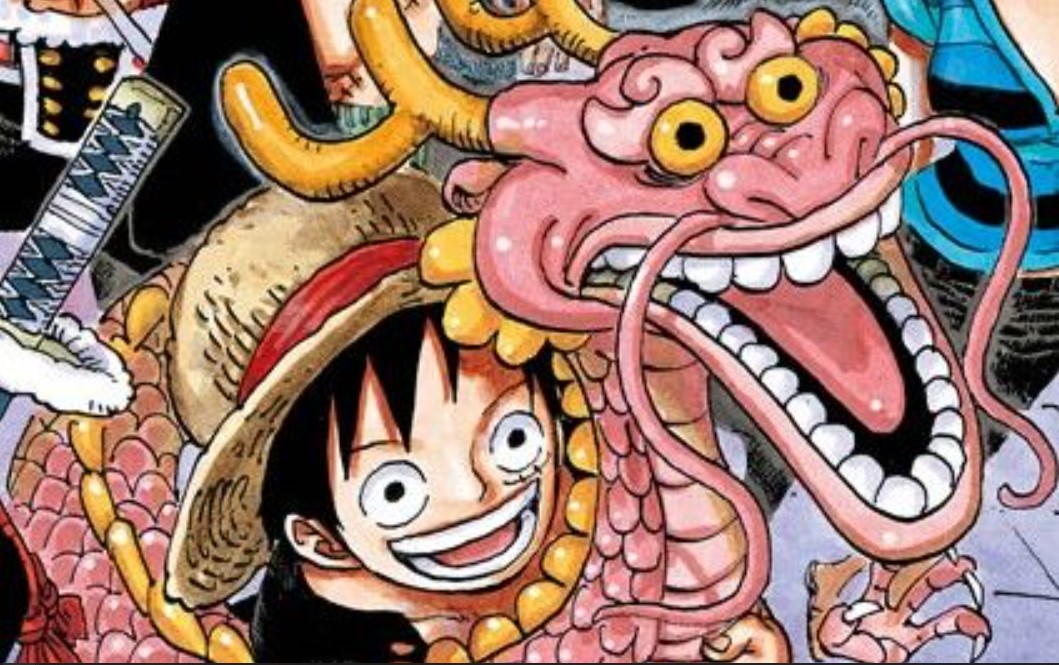 Now that One Piece manga is on a break, I guess it’s about time we take a look at the recent chapters and how they have been going. The Wano arc has slowed down on some action for now. But this means that it is time for some facts to get together, especially now that we are finally at the deciding moments for Wano’s future. The manga recently shocked the fanbase with recent developments in the manga when Oden appeared in person before the scabbards. So let’s save that discussion for another day as there is still one pressing issue on the table.

The appearance of the CP0 in the manga meant that fans now have access to a library of information about wano and the marines that we do not know yet. The CP0 are government agents, and they know a lot about both Wano and the world government. This means that as they play their games and try to see which side will come out as the victor, in the end, they will also be talking about very important information for the fan base.

If you call yourself a true One Piece fan, then it is time to level up and stock up on your knowledge of the anime. Fans who follow the manga already connected the dots and are concerned as well. Like myself, so I wonder what would be next on these events that the CP0 has just revealed. I know that there is a lot of news making headlines from the latest manga chapter for now. Especially on Oden’s side, but for now, let’s take a look at some of the things that Oden’s appearance has taken the spotlight from.

One Piece Chapter 1008 will release next week and mark the end of the manga break that is coming this weekend. The spoilers might release this week if early, or by next week Monday if late. Either way, we will get to find out more when we get the next chapter’s spoilers. The official release will then follow on the weekend, and fans will be able to read the chapter on VIZ Media and Manga Plus websites.

Now, let’s take a step backward and look at the recent information from the CP0 agents. They are taking delight in observing the raid and have already welcomed themselves comfortably in Kaidou’s mansion. I guess they were invited for the raid, and now they find this fight to be one rare thing, so they sit back to enjoy while running an analysis. They don’t even seem worried that something might go wrong because they know that even if the Straw Hats win this one, the war will still go on. 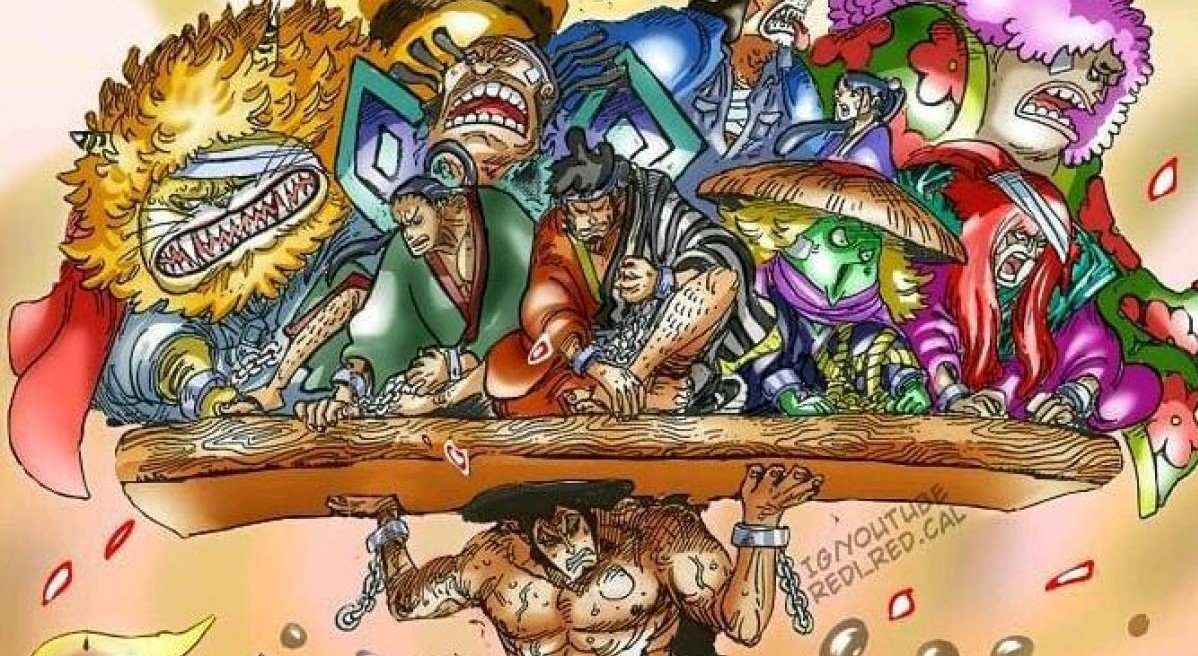 Oden and The Scabbards

They talked about the executives who can easily annihilate everyone in the fight, so I guess they are safe for the time being. But now, let’s pay heed to their discussion in one of the recent chapters. Among other revealed news, we also got to know why Vegapunk was working with the marines. And this meant that we also got to know the true origins of Kaido and a little of his past that we did not know before. So these conversations by CP0 are still going to give us a lot of information going on.

Suppose one could logically connect the events according to how CP0 has revealed them and how things played out back in Punk Hazard. Then there seems to be a correlation between Momonosuke’s devil fruit and Kaidou’s devil fruit. The most interesting information we got about Kaidou is that the world government once captured him, and Vegapunk experimented on him. Kaidou possesses an ancient Zoan devil fruit, so maybe the world government wanted to replicate it or something like that. But we now know that Vegapunk was working on something like that. So this would explain why Orochi wanted his so bad.

We know Kaidou as a monster, and he tried to kill himself so many times, but these efforts were in vain. He came to be dubbed as the world’s strongest creature because of this. And we also know that the Marines tried to execute him so many times only to end up with the executioner’s weapons breaking up. This is mostly due to his Zoan powers; his skin is so hard only Oden’s swords have managed to harm it. Then we got news about him being the world government’s lab rat, and Vegapunk was working on his body.

It looks like the aim was to produce a similar devil fruit from Kaidou’s lineage factor. So the end product was for the marines to produce an ultimate fighter who was as durable and strong as Kaidou currently is. But this project was deemed a failure, and Vegapunk abandoned the experiment. He did manage to produce the devil fruit, though, which he left in Punk Hazard, and we also know that when Momonosuke mistakenly ate the devil fruit in Punk Hazard, it was referred to as a failed experiment. One issue to note again would be that the marine had also tried to produce the ultimate weapon before and created the Pacifista. They were also Vegapunk’s works similar to the failed devil fruit project.

The fruit itself might still be a mystery since it was deemed a failed experiment. So it still has no name yet; maybe it could just be referred to as the failed experiment fruit for now. But the manga won’t probably expand on that at the moment since there is a lot going on that needs to be addressed first. The CP0 will prove to be a very useful source of information at the moment, and with each chapter that they appear, they have something major to reveal. At the moment, though, it looks like the fights might continue now that Chopper has neutralized Queen’s virus. So he will be entering the fight as well, and more action is likely to continue.

One Piece Manga and the Upcoming Chapters

With the manga returning from a break next week, then we can expect more action. For now, the manga has transitioned, and we have already had the matchups. We already know who will be fighting who, and it looks like the state is now set. What is not yet clear is whether we will get more developments on Oden’s side first or if this will happens in short scenes as the fight continues. Whichever the case, we will get to find out more with each new manga chapter.

And this year, it looks like Oda’s manga breaks are becoming more frequent. But for a hardcore manga and anime fan, then this is still something within the ordinary. Usually, we got breaks every 3/4 weeks because the manga creator takes his personal time from work in the same manner. Same as what happened for this year, ever since January, we have been getting a break every 3 weeks. Maybe it’s good that we are getting these breaks at these small events, so hopefully, when things finally get intense, and we get to see the big fights, then breaks might not be as frequent as this.

But at the moment, the anime and the manga are both a delight to follow. One Piece anime also went on a break for this week. So it will return next week on the same day as the manga. So it will be quite interesting to see how things develop on that end. With each new chapter, the manga will likely get more interesting as there isn’t much happening besides the fights. And it doesn’t look like anything strange might just come out of the blue because that had already happened when Oden mysteriously just came out of the blue.

That end still remains to be fully confirmed if it is really Oden or someone else playing tricks on us and the scabbard as well. At least in the meantime, spoilers will release then we see the focus for the next chapter. This will be interesting, and we have now seen all that happened on Marco and Chopper’s side, and with the virus now out of the equation, the battles can begin. There is still Perospero who made it to the live stage, and King, who still has some fight left in him, then there is still Apoo. So let’s wait to see how this will turn out in the next chapter or if something else will be the focus.