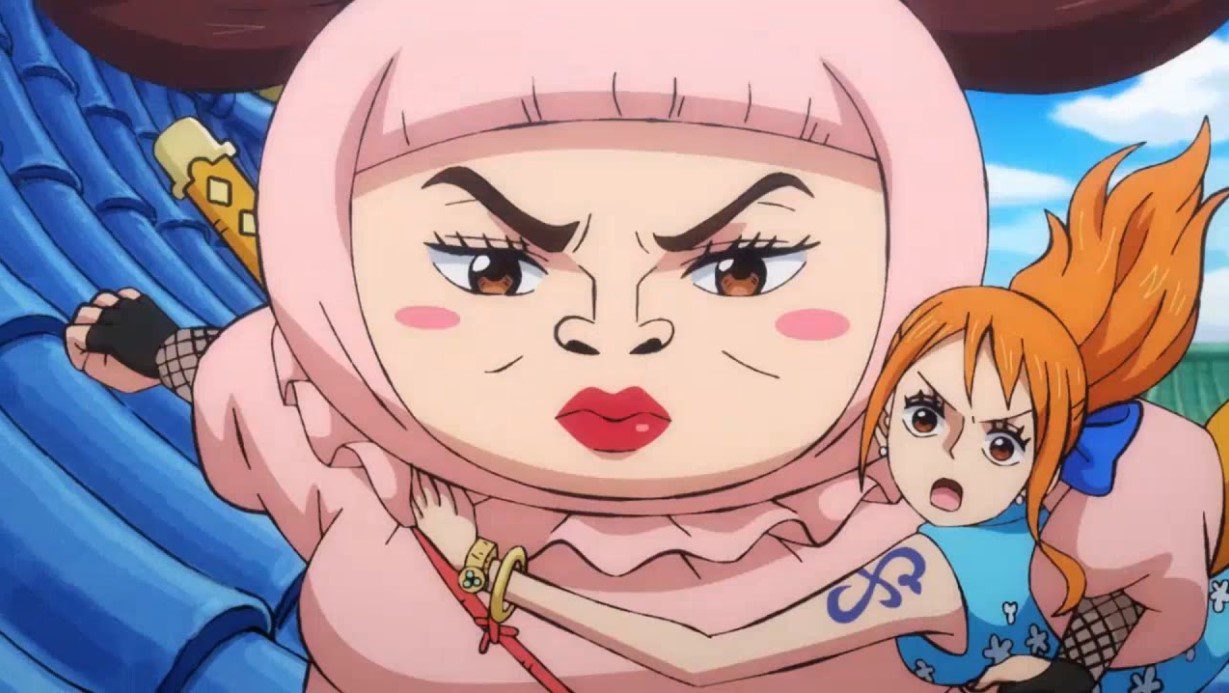 One Piece manga reveals more on Shinobu and will continue this weekend with the release of yet another chapter that will provide more updates about the ongoing raid in Wano. The latest chapters of the manga are revealing one interesting thing after the other, and this can be traced back to the first rooftop confrontation between Kaidou, Big Mom, and the worst generations.

This might be because, at this point, we have seen every aspect of the devil fruits and Haki such that what we already know would not be enough for the worst generations to defend against the two Yonkou and their pirate crews. So this calls for something that we have not yet seen, as we will get to witness what a full-scale battle against two Yonkous would look like.

So ever since, the manga has been all about revealing some aspects of the devil fruits and Haki for the first time in the franchise. Well, at least for most of them, as some only confirmed what we have seen in the anime and the manga. And just when you thought all would be over as some action settles down in the raid, it looks like things will start moving again, even at events far away from the battlefront.

The last chapter of One Piece manga saw Luffy meet with Momonosuke once again as he was knocked off the rooftop. Then as Shinobu was with Momonosuke fleeing from Kaidou, they met on the ground. Their conversation once again brings new information about Shinobu’s devil fruit powers as we have been thinking that all she has been doing is to rot things away.

Momonosuke’s request to Shinobu in the upcoming One Piece manga chapter has revealed that there is more to Shinobu’s powers than just rotting things away.

But in One Piece chapter 1020, Momonosuke reveals a different way than Shinobu’s powers can be used. Based on the way he was talking to her. Momonosuke talked as if he has seen Shinobu doing what he has requested before, or at least heard about it either from Shinobu herself or someone else.

But Shinobu declines Momonosuke’s request, which brings up a question of whether Shinobu’s powers could have worked on Momonosuke. Back in Zou, Momonosuke revealed that he wished he could grow and become stronger very fast. And now we see him requesting Shinobu to use her powers to turn him into an adult.

But since Shinobu’s power was introduced as one that works only on inanimate objects, then this should be something interesting to look forward to. So it could also be a misunderstanding on Momonosuke’s side about how Shinobu’s powers really work. It looks like the limits of devil fruit powers of anyone directly involved in this fight will be tested as Kaidou and his crew seems to be going full strength ready at this time.

So that should be the deciding factor in most battles. There are still many fights to be covered, and all of them will require the next level of fighting; hence we will get to see everyone unleash their best attacks and even go beyond their limits.

With almost all of the Tobiroppo seemingly defeated, the All Starts still remain standing even though Nekomamushi and Inuarashi almost outdid Jack. There are still fights involving King, and we are yet to get more updates on Big Mom vs. Kid and his group and Perospero side together with the rest of the Big Mom’s pirates that have made it to wano.