One Piece anime continues over the weekend, starting a month that will have a very busy schedule in August. For August, we will see five episodes in one month for the anime, so by the end of the month; we will have a lot of action that we have received.

So we are expecting a full schedule for August as well, with One Piece episode 985 releasing in a few hours. That’s when we will see the chaos start on the live floor as Luffy and Zoro have finally had it with the Gifters wasting food and talking bad about those left behind in Okobore town. The next episode’s preview hinted at Apoo’s arrival in the scene, so it looks like things will finally pick up the pace.

The anime has just started the Onigashima raid in the past few episodes, so it will be a while before we see the confrontation with the elites of the Beast Pirates. At the moment, Big Mom is also said to be present, and she is preparing herself to meet Kaidou and his subordinates.

Meanwhile, Kaidou calls the Tobiroppo as it seems like he has important matters to discuss with him. While all this is happening, the Samurai and Law’s group silently sneaks outside the castle while Luffy and Zoro cause havoc on the live floor so it will be a strong diversion on the samurai’s side.

One Piece Episode Schedule for August 2021

We will be getting five episodes for August for the corresponding five Sundays in the month starting this weekend. One Piece anime episode schedule for August currently stands in the following manner: 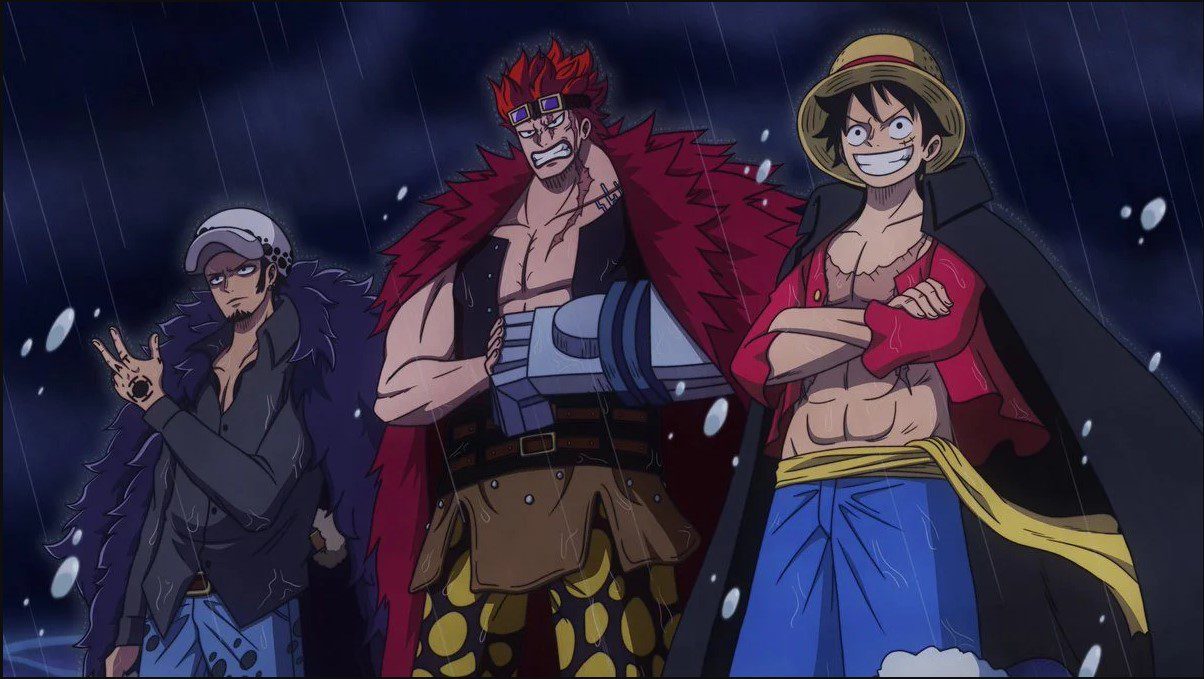 The next episode, One Piece, episode 986, will take us through chapter 980 and a portion of chapter 981, which covers the chaos that started when Luffy blew his cover. Zoro tries to warn him, but after he noticed why Luffy was furious, he joined in and tried to punish the gifters who were wasting food.

This event drew the attention of Kid and Killer, and their cover was now blown out, so Queen noticed them, and it looks like this is where the fighting would start. The next episodes will be filled with lots of action as we get to see what the Strawhats on the live floor are capable of.

The first members of the beast pirates to be involved was the headliner Apoo, and later on, when Queen noticed that a number of the worst generation pirates is present on the live floor encouraged more gifters to attack them. From here, it was now clear something is going on as Queen offered a reward to whoever takes them out.

He talked about a plan that he had that included taking out a member of the flying six. Who’s Who also talked about the same thing, so it should be interesting to finally see all the action from the manga finally taking place. This will be for the first episodes of August, so by the time the anime reaches the end of the month, then a lot more action would have developed already.