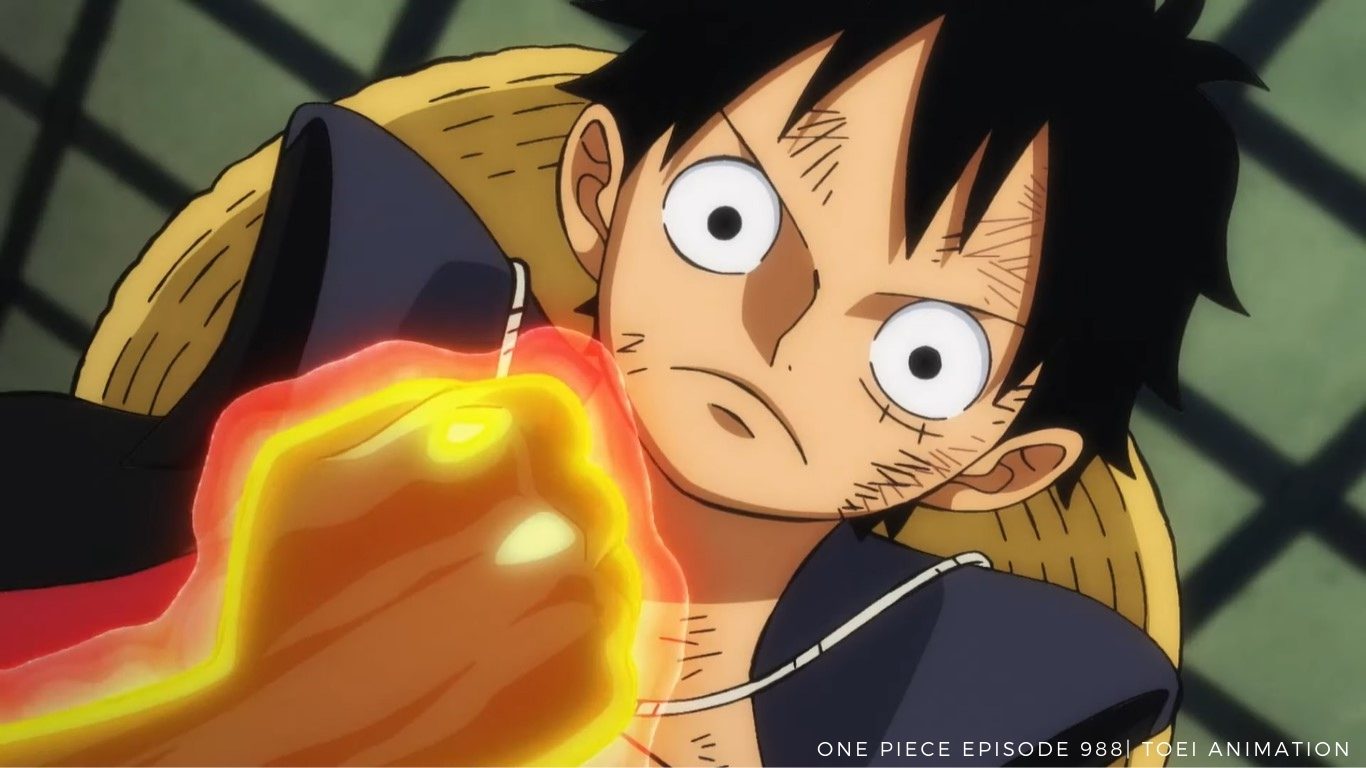 One Piece Episode 988 will broadcast this weekend as the battle on the live floor intensifies. The anime has recently started the Onigashima raid, where we saw the Samurai and allies sneaking in Onigashima with minor problems.  Things are going according to Law’s predictions, and even though Luffy and his team tried all they can to be as sneaky as possible. They ended up causing a scene with Queen and Apoo identifying them amongst the crowds. This means that the attention of most beast pirates is diverted towards the front t entrance, which worked to Kinemon’s group favor which had no difficulties sneaking in the back entrance.

Meanwhile, Big Mom takes her time preparing as she wonders what could be taking her children so long to arrive in Wano. The last episode took things even slower in the manga adaptation, so we will get one chapter adapted for each episode at the very best. Before this, the anime was going at a faster pace, and we got about one and a half chapters with each episode. But now the anime is getting down into more details as, at this point, we haven’t got past Apoo and Kidd’s confrontation.

With a lot going on in each group then things will move even slower as one episode tried to cover most of the groups at once. The side that will receive the most attention for a while will be the noisiest of them all, and that is where a group of most troubling people is, including Luffy, Kidd’s group, and Zorro.

Queen and Apoo are fully occupied with them, and this made Orochi and his minions move from the back entrance as they went to the front side to see what’s causing a ruckus in the live floor. 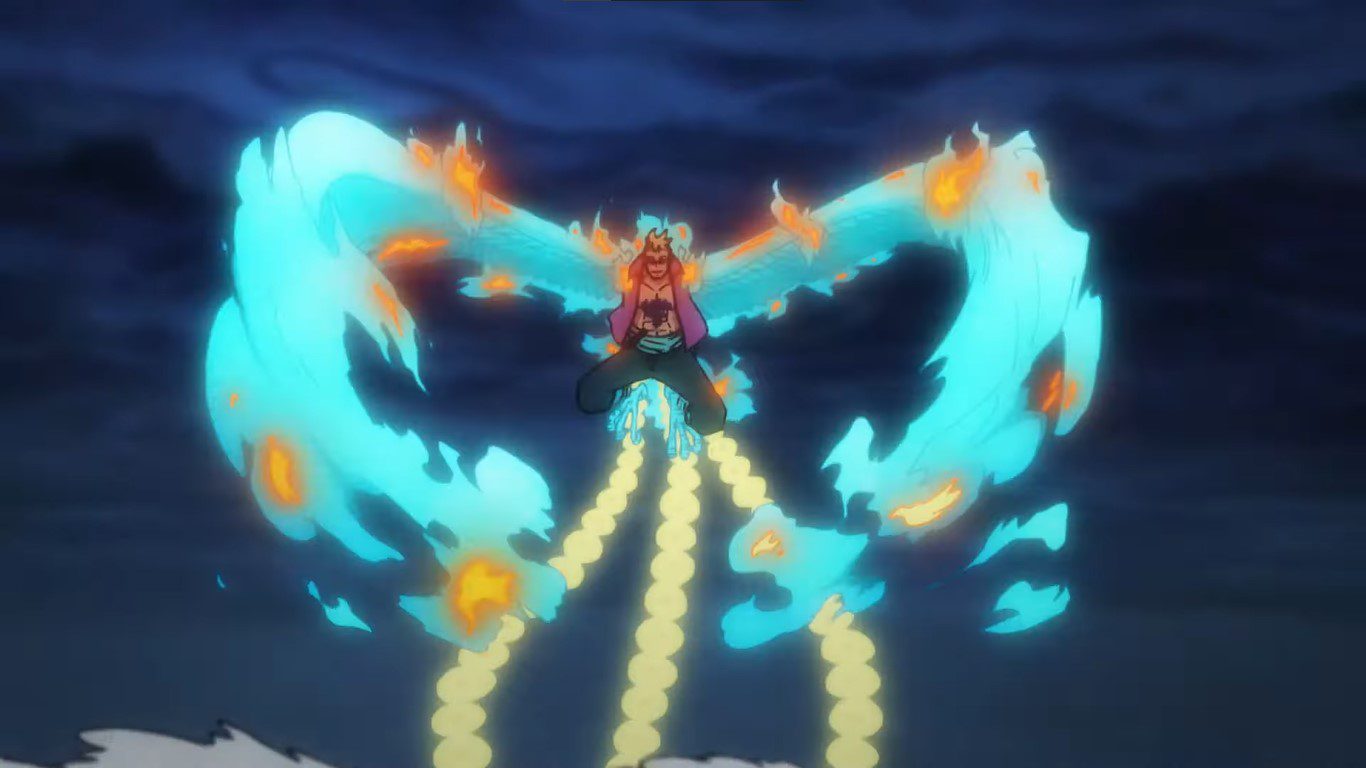 Previously in One Piece Episode 987

One Piece Episode 987 had Apoo continue with his assault on Luffy and Kidd. Earlier on, Kidd went on a rage after he saw Apoo performing on the live floor. This is because of their failed pirate coalition, which Apoo used to have Kaidou take them out.

We managed to saw different versions of Apoo’s fighting music, and as one of the Worst Generations, it seemed to hold back even Luffy and Kidd. We also saw more into Apoo’s personality as he has accepted that he is not at the level of fighting a Yonko and would rather be a subordinate.

Luffy and Kidd have their tenacity in common at they both want to fight their way through the New World. For Kidd’s side, it is to get revenge from Kaidou, who attacked his entire crew and imprisoned them.

Then later, Orochi fed defective SMILE to Kidd, trying to reduce the manpower that Kidd’s crew had. This only made Kidd’s revenge even stronger as their entire crew is set on avenging both Kidd and Killer.

Combined with the Straw Hats’ antics, then we can already see that the chaos breaking out on the live floor would require more attention. This has made it ever to the Tobiroppo’s ears, but at the moment, they are caught with their own internal strifes.

Queen and Who’s Who have someone within the Tobiroppo they want to kill, so they will soon move towards that goal. The rest of the Tobiroppo will be on the lookout for Yamato, who has been introduced as Kaidou’s son, so this will make things easier for Luffy’s group to act as a diversion unknowingly.

One Piece Episode 988 will be released on 22 August 2021 at 9:30 AM JST. The anime will continue without any interruptions in the broadcast schedules. And unlike the manga, the anime hardly goes on any breaks, so we will get to see how things will continue in the Wano raid. The preview of the next episode is as follows:

Where To Watch One Piece Episode 988

One Piece 988 will stream online on Crunchyroll, Funimation, and its AnimeLab subsidiary and will also be available on Hulu. These platforms have broadcasting rights specifically for certain regions, so you will have to find the one that works in your local region.