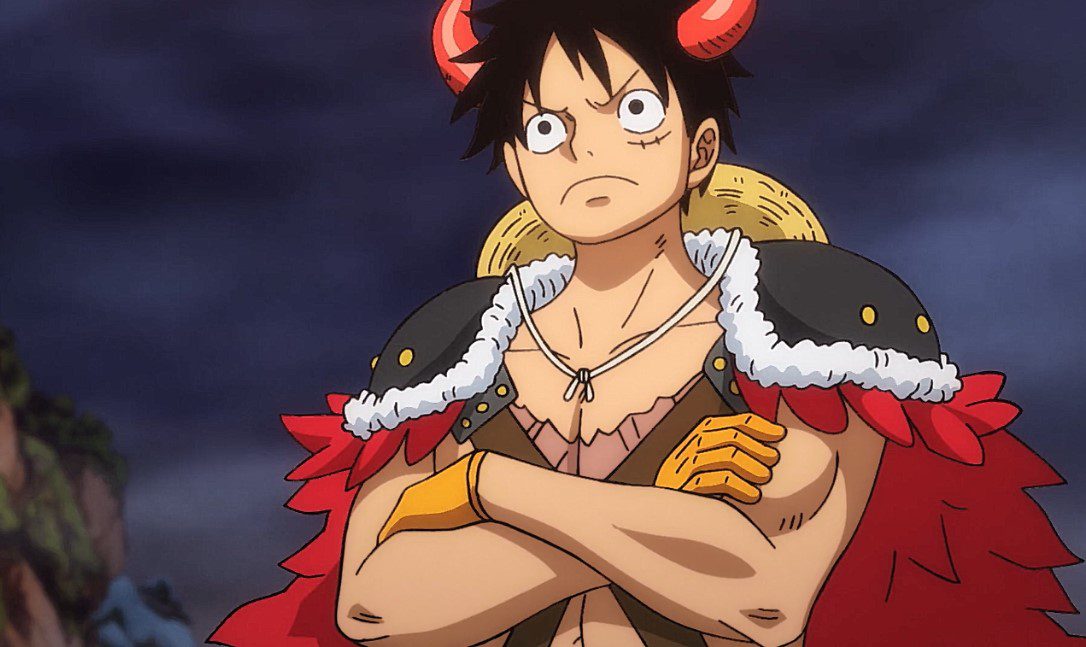 One Piece Episode 986 has helped the anime reach its peak since the Raid in Onigashima has begun. Kinemon and the Samurais’ group are invading Onigashima to take down Kaido and get rid of Orochi. The Akazaya Samurai traveled with Law in a submarine towards the back of the island. Luffy is fired up and told the Straw Hats to get ready for the battle, but he got annoyed when Captain Kid decided to change Kinemon’s plan. Let’s find how Luffy will react to the situation after witnessing Kaido’s underlings wasting food in the recent episode of One Piece. The episode title is ”Thinking of Otama! Luffy’s Furious Strike.”

The episode begins with Zoro looking for Luffy and decided that he will look for Luffy once he reaches Kaido. Two of the guys who were drinking with him wonder what he is saying. They told Zoro that Kaido doesn’t drink with weaklings like them. One of the guys reveals that Kaido is at the back of the Performance Hall up there, and he will show up soon. Inside Kaido’s room, one of the messengers shouts at the door, saying that he has brought ”THEM.” Kaido replies that come in, and the Animal Kingdom Pirates head to Kaido’s room.

Ulti is excited that they have to see Kaido-sama-arinsu after such a long time, and she misses him. One Page asks Ulti what language is that, and they both entered the room. Kaido asks them what they are drinking, and Sasaki replies that they enjoy drinking with Kaido, not the rest of the weaklings. Kaido told them that they would go to the hall later since he wants to introduce them to Linlin. X-Drake wonders who is Linlin, and Black Maria replied that it is Big Mom. Big Mom is in her room getting ready.

Previously on One Piece Episode 985

Big Mom gets excited when they bring her Red Bean Soup. Kaido told the Animal Kingdom Pirate he didn’t summon them. Who’s Who askes who ”summoned” them and King arrives saying that it is him. Sasaki and Who’s Who get furious; the King tricked them, and they wanted to smash him. But Kaido told them that they couldn’t fight during the festival. King explains why he summoned them and the ”small incident” with Kaido. Kaido yells out Bao Huang’s name-calling her to come to the room. A Samurai lady with a paper mask flies towards Kaido’s room, replying yes. She is Bao Huang- A Headliner, Animal King Pirates Flying Squirrel Smile Fruit. 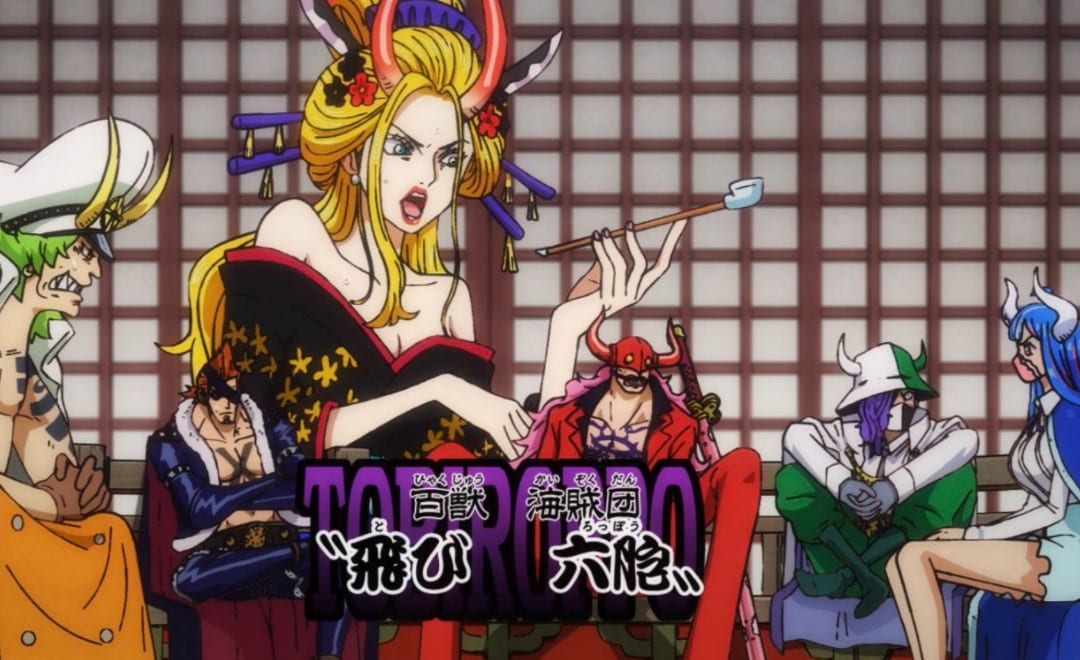 Bao Huang enters the room, and Kaido told her to tell them his schedule. She said, ”Later at the Golden Festival stage where Queen-sama is now performing, the three Lead Performers and Fukurokuju-sama will make a toast, and Orochi-sama and Kaido-sama will give speeches.” Then, when the Big Mom Pirates’ ship arrives, Kaido-sama and Big Mom-sama will announce the world’s strongest pirate alliance.”After that, Kaido-sama will make an important announcement. Ulti complains that they have to wait all the time, and Kaido replies that he has a task for them.

He reveals that the one that brings Young Master Yamato will get to be the Lead Performer and Sasaki with Who’s Who accepted. Meanwhile, Luffy is furious that Kaido’s men are pouring each other with Red Bean Soup, and Tama eats once while she starves for a long time. Zoro is searching for Luffy, and Captain Kid arrives with his men. Luffy had heart-touching memories of Tama and unleashes ”Gum-Gum Elephant Gun” and punishes Kaido’s men for wasting food. Zoro uses Enma to cut the first floor and arrive where Luffy is. Zora heard Luffy saying that those guys are wasting beer and food, and Zoro said he has to kill all of them if they are doing that.

Where To Watch One Piece Episode 986?