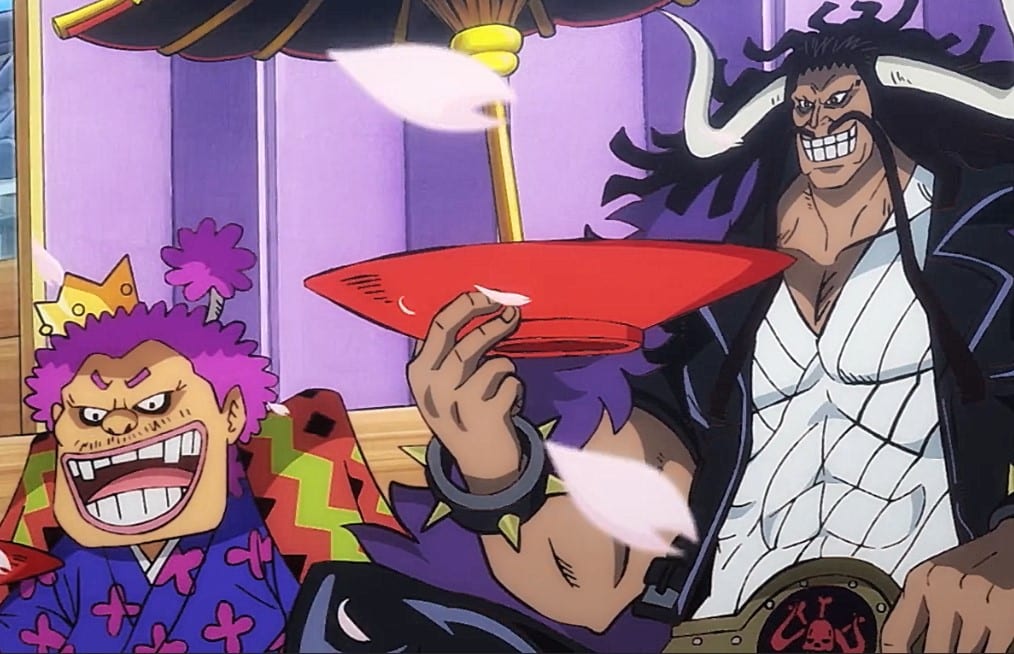 The execution continues as Oden carries all the Akzaya members in his shoulder. The dominance of Kaido and Orochi is about to begin. Let’s find out how Oden will survive his execution or if it is the end of Oden’s era. One Piece will return to Luffy’s era after the truth about Oden’s past has been fully revealed. Shinobu couldn’t stand the citizens of Wano calling Oden silly lord. She steps up and reveals the truth behind Kaido and Orochi’s scheme. The citizens were shocked after hearing the truth and realize that Oden is the great samurai.

Oden continues to endure the pain from hot lava inside a pot. Kaido and Orochi show big smiles as they continue to drink and celebrate. They are so excited that they have all the mighty force inside one pot. Fukurokuju notices that Shinobu wants to ruin this beautiful moment of Oden’s execution. He teleported and told Shinobu to stop misleading the citizens. Fukurokuju comments that the citizens must believe that the silly lord who rebelled against the true Shogun died.  The episode is tittle Oden Wouldn’t Be Oden If It Wasn’t Boiled.

Previously on One Piece Episode 974

Fukurokuju told Shinobu that the execution would be over soon and she must relax until the final moment. He told her to stop interfering, and she knows the consequences. Shinobu reveals that she is sharing the same fate as the citizens as she is Oden-sama’s retainer. She scolds them that they have become Orochi’s dogs and she will never obey them. Shinobu vows that she will die with Oden and the Akazaya Samurai. She told Fukurokuju that they would survive and defeat Orochi, Kaido, along their army.

The Fate of Land 0f Wano 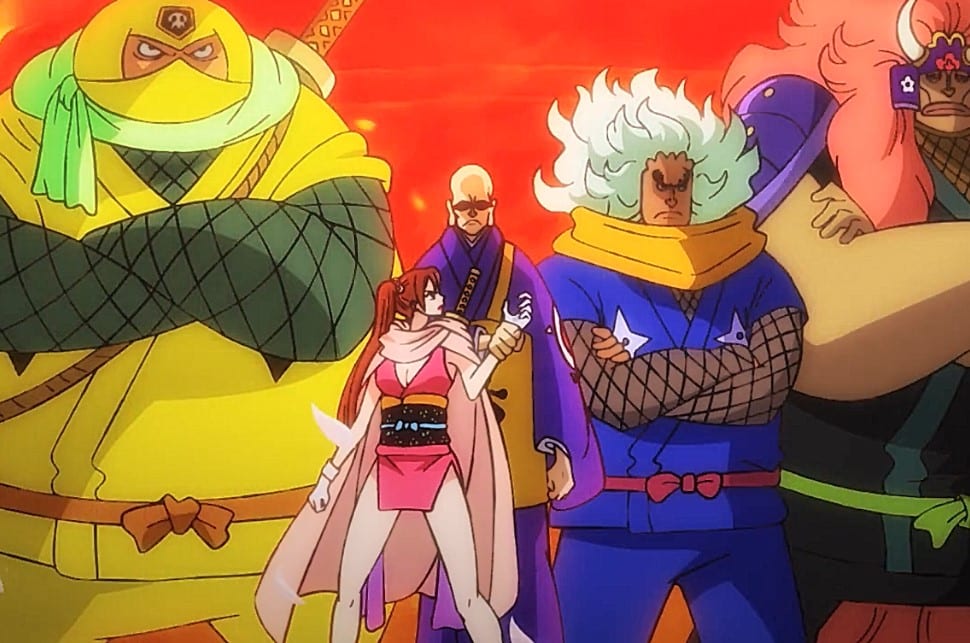 Fukurokuju thinks that Shinobu is dreaming and they are untouchable. The citizens started to beg for Orochi to stop the execution. Orochi got furious since they are taking his happiness away from killing people. He raises his fingers, and the citizens who beg him got pierce with arrows. The citizens realize that Orochi is the bad news and decided to follow his orders. But the reason for Oden dancing naked for five years spread all over the Wano. The citizens begin to consider Oden a true hero and a real Shogun.

They regret that they mocked Oden thinking that he has become crazy, but he was protecting them. The citizens gathered around and told Oden to survive. They thank Oden for safeguarding them and apologizes for mocking him in the past five years. Orochi didn’t like that the citizens are cheering Oden. He summoned his armed subordinates, and they surround the citizens. Inside the pot, the temperature of the Oil surpassed 700 degrees celsius and kept rising. At Oden’s cattle, Yasuei receives a message from s flying arrow.

Oden shouts that if he survives this execution, he will open the Land of Wano. Kinemon wonders what Oden has discovered after traveling around the world. Oden reveals what has happened and how he will protect the Land of Wano from an enormous force. Oden said that the world is waiting for a particular figure that will appear after 800 years, and this country will be welcoming and cooperative. He told the Akazaya Samurai that he wants to be clear, and today, they will kill him. Kikunojo comments that the third quarter of an hour has passed, and they must keep their words. 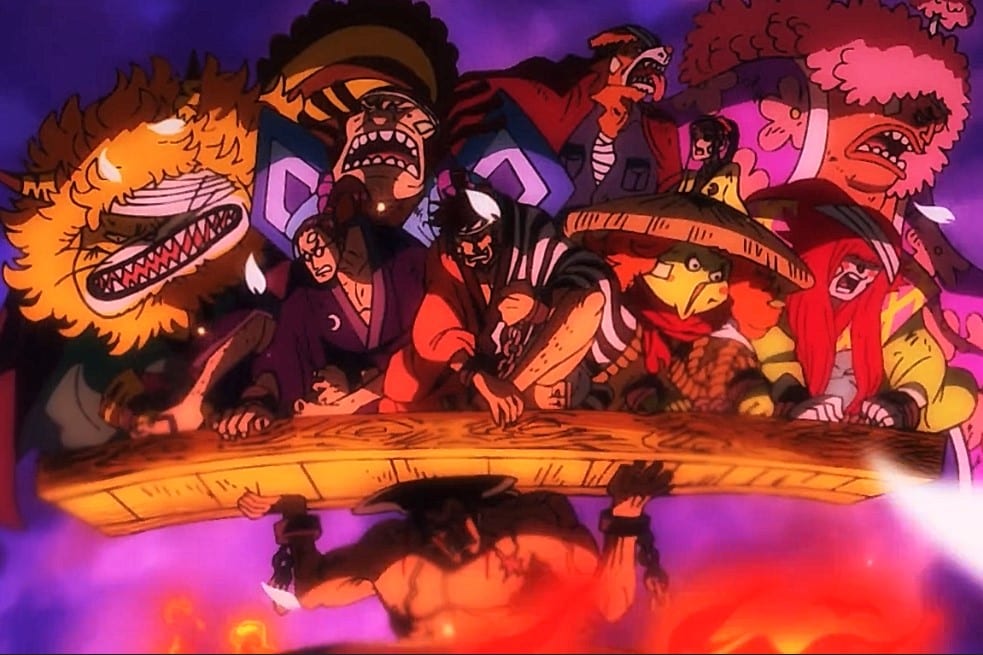 Kinemon told Kikonojo to listen to what Oden is about to say to them. Oden told the Akazaya Samurai to open the Land of Wano on his behalf. The villagers are glad that 30 minutes have passed and Oden will survive. They are not aware of what Kaido and Orochi are thinking. Orochi throws his booze away and gets furious that Oden has not died yet. He told his men to raise the temperature, and now Oden is left with ten minutes. One has now passed, and the citizens celebrate.

Orochi shows his true colors and said Oden and his family have to die. Oden throws the Akazaya Samura for them to escape with his family. He is left alone boiling, and the Akazaya realizes that is what Oden meant when he said they would kill him. When they are running, Kinemon told them not to look back. Kaido drinks the last sip of his beer and comments that Kozuku’s era will end here. Kaido shoots Oden, who has accepted death and drowned deep inside the pot. Oden said his last words before he died that ”Oden Wouldn’t Be Oden” and the citizens shout ”If It Wasn’t Boiled”.