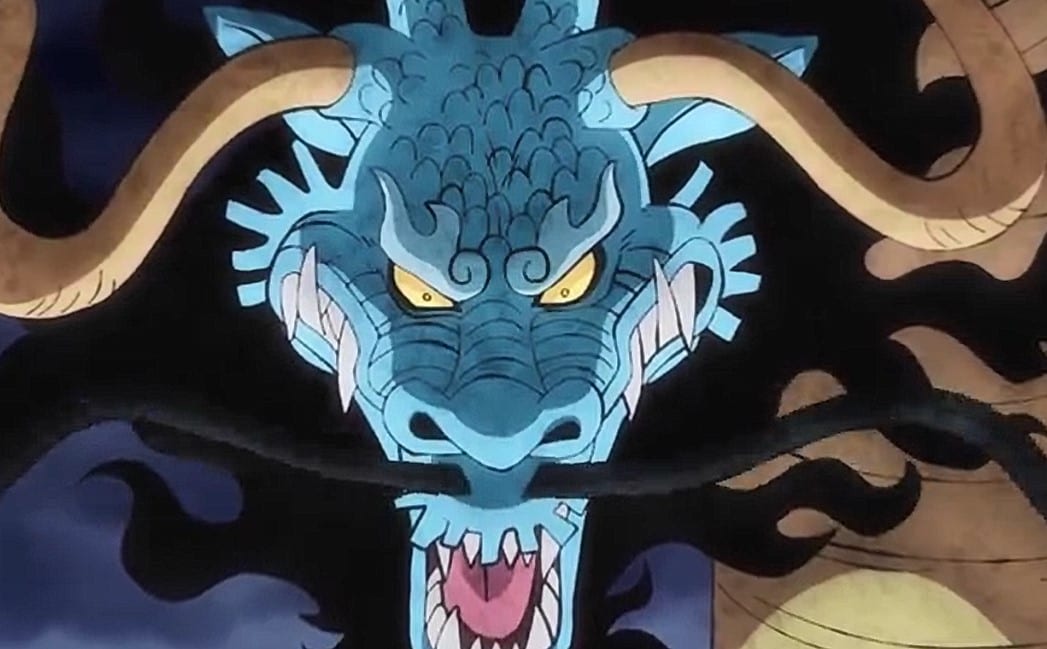 It has been two years ever since Oden returned to the Land of Wano. The battle between the Gecko Pirates and the Animal Kingdom Pirates took place in Ringo. Gecko Moria and Kaido Clashed. Meanwhile, the God of the Blade Ryuma’s grave was vandalized. At the flower capital, Oden continues with his naked dance every day in every morning. The citizens wonder why Oden does this every day, and Orochi is still a Shogun. One Piece had visited the great war that happened in Oden’s era.

They wonder why Oden keeps on making a fool of himself. The kids of the capital wanted to dance with Oden, but their parents forbid them. They started to call him the silly lord of Kuri. Yasuei receives the news and wonders what is happening at the Flower Capital. Yasuie comments that it is praise to call Oden a lord. Meanwhile, Oden talks with Kinemon and others if it is okay to serve him as his retainers. They told him that they are not leaving him alone and they will keep on serving him.

Previously on One Piece Episode 971

Kawamatsu comments that it is not something new for them to see Oden dancing naked. He said that they are used to it, and they are no ashamed that they can decide to leave Oden and his family. Oden comments that he will keep on working on his dance. No one has asked why he keeps on dancing naked, and he never explained to them why. Raizo and Kinemon are the ones who are worried about Oden; the minks cheers him to keep the Kuri castle alive.

In the morning, Oden heads out and dances in the middle of Flower Capital. The samurai comments that Oden is a fool like his son Momonosuke who is the heir. The villagers laugh at Oden. But Oden didn’t mind since he is dancing naked to protect them. In the afternoon, Oden is sitting at his castle while Momonosuke and Hiyori enjoy playing around. He realizes that he finally made his family targets of scorn. Hiyori and Momo hug their father telling him that they love his dance. They ask Oden if he is not going to practice today.

Oden looks at his wife and asks her if she wants to leave him. The whole Land of Wano begins to call Oden the Sill Lord of Kuri. Only his family, retainers, and a few supporters would speak with Oden. Oden heads out to see Boss Hyogoro, and the guards wonder if Oden wasn’t to teach Hgoro his silly dance. They told Oden to stay away, and Hyogoro wife arrives and smacks the guards. She welcomes Oden, and they enjoy drinking together and talk about Orochi. Hyogoro comments that no one wants Orochi to be their leader. 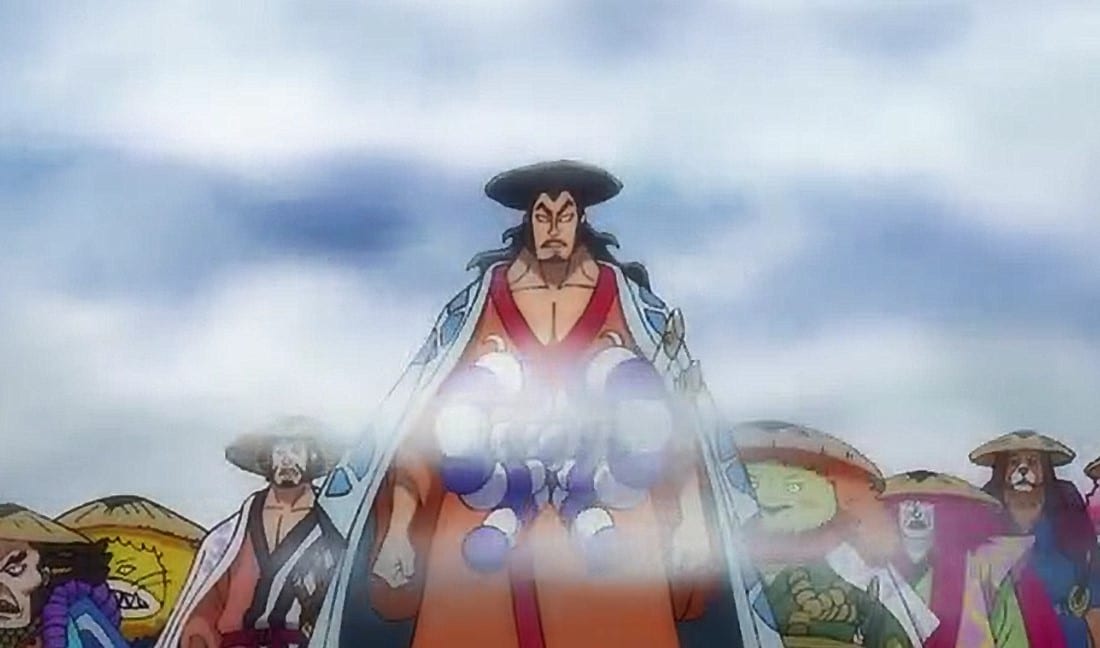 Oden and The Akazaya Nine

Three years later, Oden continues, and the oldies from the citizens wonder when his naked dance will stop. He is dancing on snow, and the villagers call him a stupid idiot. Raizo heard that and realizes that the citizens know nothing since Oden has a good reason for his action. In a flash, four years passed, but nothing changed in the Land of Wano. In the fifth year, Orochi made a move; he met with Oden, who told him that five years have passed and it is time. Orochi replies that it is the time for what, and Oden said for the promise he made.

Orochi said he has forgotten and he was still gon build a factory weapon at the Flower Capital. Oden realizes that Orochi won’t keep his promise. Orochi comments that Hyogoro was too much for him to handle, and he left Hyogoro for Kaido. He reveals that Hyogoro might be killed soon. Orochi reveals that Hyogoro’s wife got shot since she was trying to act bravely. He left, telling Oden to take care of Momonosuke and Hyori for him.

Oden has been carrying something on his shoulder all by himself and told The Akazaya Nine that they can now get Oden and Orochi. Kinemon comments that they have been waiting for him to say that. They headed out and met with Kaido and his army; Oden wonders why they are prepared. He suspects that there is a spy in his crew. Kaido transformed into his beast form. A great battle begins, and Oden cuts half of Kaido’s men with a single swoop.