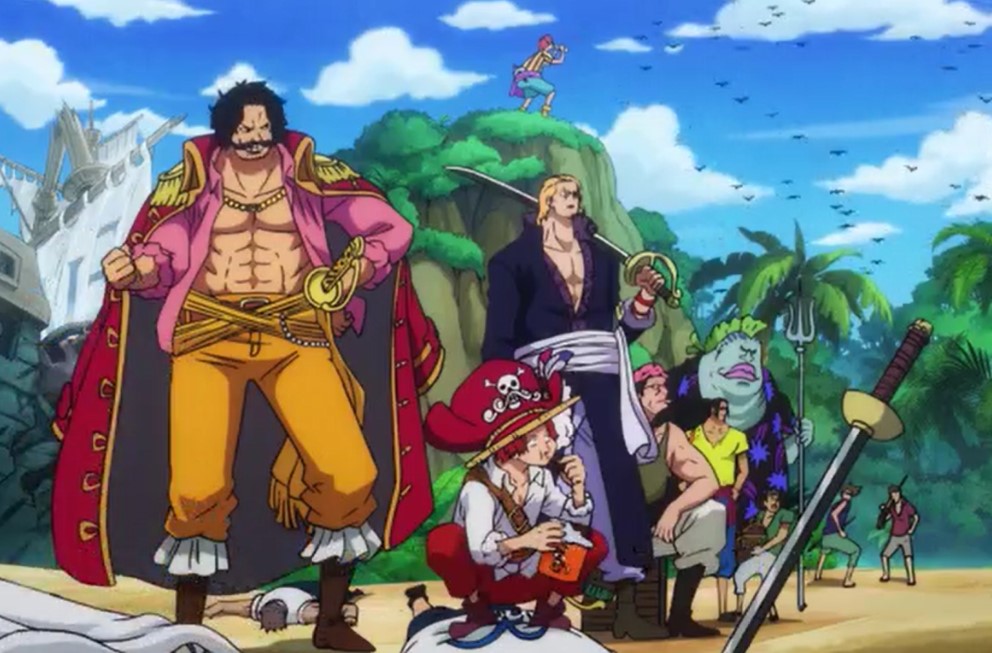 The adventures of Oden continue in One Piece; let’s find who they will encounter next. In order to ride in Whitebeard’s ship, Oden pushed himself to his limit, but the sea swallowed him up at the last minute. He drifted ashore on an unknown island where he meets a woman. After falling in love with Toki, they had a baby boy named Kozuki Momonosuke. Roger received the news about the Samurai from the close country.

Roger hopes to see that Samurai one day. Meanwhile, at the Land of Wano, Oden’s father, Sukiyaki, is feeling sick. He wants Oden to return before he dies, and he wasn’t Oden to become the next Shogun. Sukiyaki told Yasuei to bring Oden back, but Orochi was listening to them talking. The news spread all over the Land of Wano that the Shogun Sukiyaki is in critical condition.

One Piece Episode 966 will release on Sunday, 14 March 2021, at 9:30 AM on Crunchyroll, Funimation, and Netflix. Let’s move to the recap, preview, and the recent development of the battle.

Previously on One Piece Episode 965

Sukiyaki continues to tell the high-ups that he want Oden to succeed him as Shogun. They agree with Sukiyaki that Oden will become the new Shogun. Sukiyaki mentions that he needs a proxy until Oden returns. He looked at Orochi and said he would be the man filling Oden’s boots until Oden returns. Sukiyaki mentions that Oden has taken good care of Orochi ever since childhood, just like a young brother.

Yasuie wonders why Orochi is here getting involved in family matters. He thinks that something is fishy about Orochi. Yasuie thinks that Orochi has lied to Sakiyaki that Oden has taken care of him. Orochi stood up and thanks them for giving him the opportunity to clear Kurozumi’s name. He bowed his head and said he would become the Shogun until Oden returns. Orochi said he would be repaying for the sins made by his grandparents. 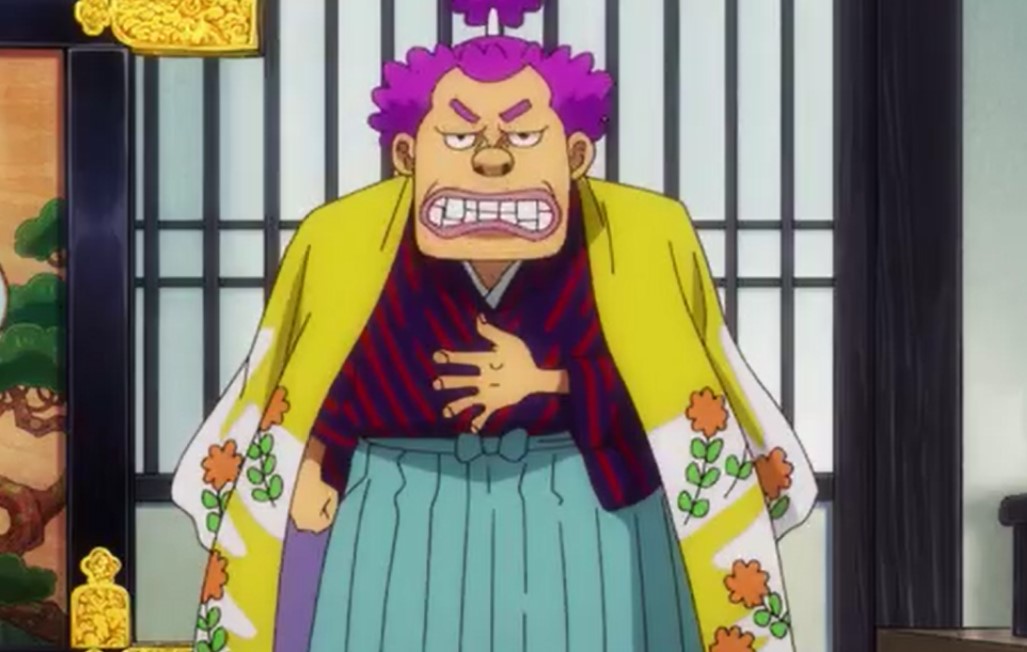 The high-up comments that if Sakuyaki wants things to be like this, no one will disagree. Yasuie asks Orochi he didn’t tell him that he is Kurozumi, and Orochi apologizes. He gave that weird to Yasuie, who seems not to like him. In the past, Oroichi was being chased by hooligans. They shout that Kurozumi’s Clan needs to be exterminated. The Kurozumi Clan is the vermin of the Land of Wano. They chased him all night and vowed that they wouldn’t go back without killing him.

Orochi manages to hide with fear that if found, he is dead. The hooligans reveal that Kurozumi’s Clan people are all criminals. Orochi is wondering why he has to suffer for his old geezer’s sins. Why he just has to be hated just for being a Kurozumi. He finds a hideout and entered inside. Inside the shack, he encounters and old age and a geezer who told him about the future. They reveal that Kozuki killed his grandfather, and Orochi will become a Shogun.

Orochi said he just know that his father has committed a Seppuku. After listening to what happened to his grandfather. Orochi blames Sukiyaki for the miserable life he had. He plans to take his revenge, and they gave him the power of clone-clone fruit. Orochi gained the power of becoming a multiple-headed dragon. He invaded the Land of Wano with an old hag that clone herself to look like Sukiyaki. After few years, Sukiya’s death spread all over. 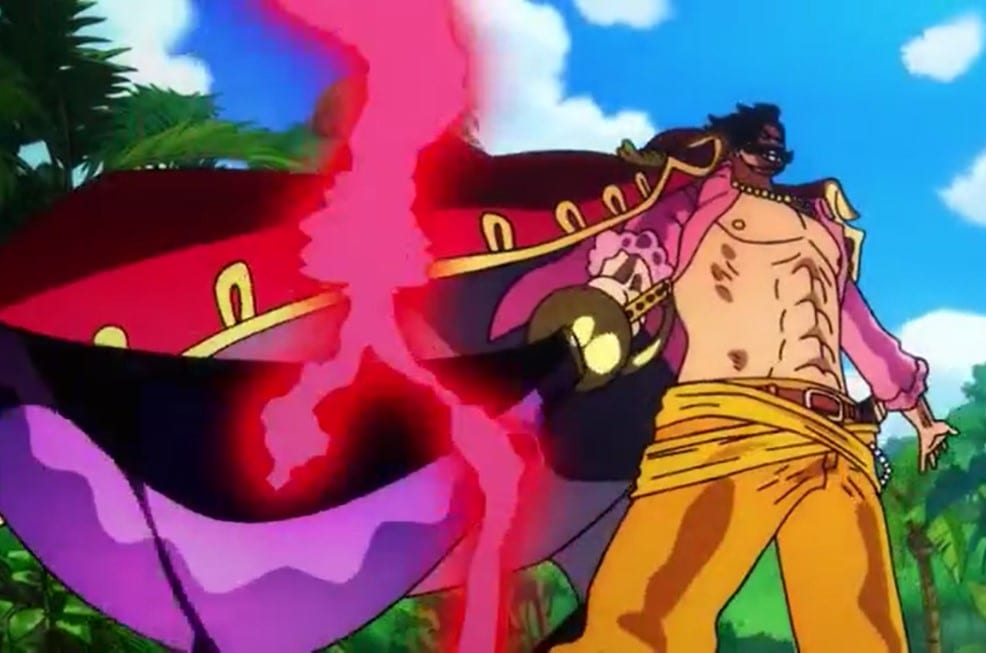 One PieceIn the present, Oden enjoys playing with his son Momonosuke inside Whitebeard’s ship. The other pirates enjoy drinking, eating, and fishing. Oden and Whitebeard notice that the group of fish is acting weird. They are heading in the opposite direction, and Whitebeard comments that maybe there is a monster. After few days, Oden and Toki got blessed with another baby girl. Whitebeard decided to stop at the nearby island.

Buggy spotted that ship and reports to his captain, who has taken down the navy. He told the navy that for them to catch him, they must bring Garp or Sengoku. Rayghling told Roger that they have just finished fighting. Roger replies that it has been a long since he met with Whitebeard. He also said his end is near, and it might be the last time he is seeing Whitebeard. Buggy notice that a Samurai is coming at full speed.

Roger is glad that he has been waiting to meet with that Samurai. Oden thinks that he is going to take their treasure. Oden’s crew told him not to mess up with Rogers pirate, but he left them behind. Oden attacks the Roger Pirates, and Roger sent Oden flying using Divine Departure. Whitebeard arrives and clashes his sword with Captain Roger. The Clash destroyed the island, and they are both increasing their power.

Read One Piece Episode 965. Don’t miss the upcoming battle between Whitebeard and Roger.