One Piece is on fire these days. Wano arc is in its full swing, and we are now heading very close to crashing the streaming platforms once again after the 1000th episode. One can only imagine, How terrible the fight will be between Yonko Kaido and Monkey D. Luffy, and believe me, animations are going to set a straight record for the whole anime industry. Akazaya already played their final cards against the Yonko, but it seems like They can’t stand much longer in front of that damn invincible beast. In a recent episode, We witnessed the spark in Chopper for treating the patients without caring for which side they belong. In this article, We are going to see the recap of episode 1007 and what to expect in the next episode. There is a lot covered in this article, so make sure to read this article till the end.

One Piece is a Japanese manga-based anime written and illustrated by Eiichiro Oda and animated by Japanese animation studio, Toei which is famous for its multi-million dollar projects, including Dragon Ball, Digimon, etc. One Piece is not just an ordinary anime, but a journey that is still ongoing, and no one knows when will it reach its conclusion. The story is filled with heavy mysteries, unpredictable storylines, and a lot of interesting characters. The series is undoubtedly huge, with over 1000+ manga chapters and anime episodes. Now let’s come to our main topic.

In Episode 1007, which is titled “Zoro’s Pursuit: Ice-Oni Tag“, We saw Queen infecting soldiers around him with plague balls. He even plagued his own men with those rounds and made them a monster will no senses. Zoro, along with Chopper and others, were seeing people getting infected. Even Chopper being the doctor wants to help everyone, but it is true that he can’t make the antidote in between the battle.

On the other hand, Luffy is finding the way to the top, and Yamato is engaged in a battle with Sasaki. She finally chased Momonosuke and confessed how he was obsessed with Oden Kozuki. Finally, Queen acknowledged that he had the only antidote to that virus and handed it to Apoo. Everyone, including Zoro and Chopper, is chasing him now, and Queen is dancing like Zoom Zoom Zoom!!!

One Piece Episode 1008 titled, “Nami Surrenders?! Ulti’s Fierce Headbutt!” is going to revolve around Nami and her dedication toward his captain, Luffy. In preview, We saw Nami in bad shape, but she is remembering her past with Luffy and how he stood always for her. Being a tough opponent, Defeating Ulti won’t be easy for Nami as she is one of the strongest subordinates of Kaido and a member of the prestigious alliance, Tobi Roppo. Besides Nami, We saw Brook getting bitten by the plague-infected soldier, but it is obvious that he won’t get infected as he is already dead.

It is obvious that We would not see Luffy in action again as he will be running for the whole episode. We saw Zoro in action finally in a preview cut. We can expect to see Chopper using antidote on infected soldiers. If you haven’t watched the preview yet, You can watch it below. Episode 1008 of One Piece is all set to release on Sunday 30 January 2022 at 9:30 AM (JPT) on Fuji TV.

Where To Watch One-Piece?

Now last but not least, We want to address a very important question which is asked by many fans worldwide, Where to Watch One Piece? There are many websites to watch the show, but the most recommended and popular platform is Crunchyroll. Crunchyroll has tons of anime and movies and is currently one of the biggest providers of anime content worldwide. You can catch up as well as binge the show on Crunchyroll at a very affordable subscription price.

This subscription will also allow you to enjoy several other anime of the highest quality, anytime, anywhere. The best thing about Crunchyroll is, If you don’t want to pay for the subscription, You can still enjoy the show with ads of standard quality, free of cost. Amazing! Isn’t it? You can also purchase merchandise and manga from the same platform itself. 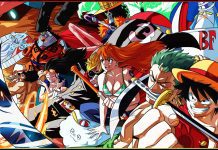 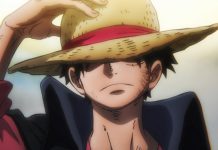 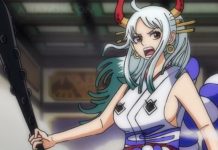