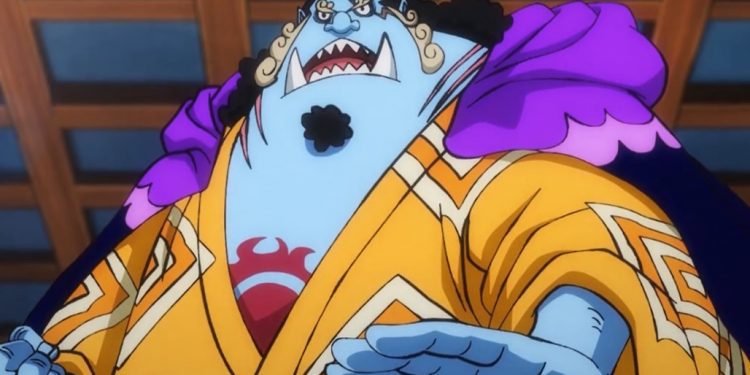 One Piece Episode 1006 has returned after getting delayed. The battle in Onigashima is getting interesting since Luffy will reach Kaido soon. The Akazaya Samuari vs. Kaido continues after Kinemon uses Oden’s Two Sword Style to cut through Kaido’s Blast Breath. Meanwhile, Luffy and Sanji are heading to the rooftop of the dome and fighting with Kaido’s subordinates. Yamato continues to chase Momonosuke, but Shinobi still thinks Yamato is an enemy. One Piece’s latest episode reveals Akazaya Samurai’s true strength that reminds Kaido of Oden. Kaido realizes that Oden once told him not to underestimate Samurai.

The Akazaya Nine unleashes another Oden Two-Sword Style: Paradise Totsuka that hits Kaido’s old wound. Kaido felt like it was Oden who hits him. The wound opens, and he wonders how the Akazaya manages to make him bleed. Kaido falls unconscious and continues to bleed. The Ice Onis begins to rampage at the Live Performance Hall. They bite the other Samurai, who also turns into Ice Oni. The Samurai wonders who will put an end to this. They realize that they have to stay away from the Ice Onis. Zoro wonders why the Samurai has to be afraid of those monsters.

X-Drake reveals that Queen might have used plague and gotten furious. Queen smiles and shoots them. Queen believes that X-Drake will also turn into an Ice Oni and die like a sneaky rat. X-Drake and Zoro use their weapons to knock out the Ice Onis since they can’t kill them. They know that someone will heal them and turn them into human form. Zoro members the other guy who said they would help him. But he is disappointed that the guy has turned into an Ice Oni. He reminds that guy that he is Samurai and must control his emotions.

Previously on One Piece Episode 1005

Chopper told Zoro not to touch the Ice Oni since he might also turn into an Oni. Brook realizes that they cannot fight with their allies. Chopper realizes that those guys once turned into Samurai at Udon. Queen told his men to close the exit to the floors since he wanted to turn those guys into Onis. He took out Plague Rounds: Ice Onis and got excited. Luffy continued to smash the guys on his side and told them to stay away from his path. Sanji decided to fight and let Luffy save his energy to fight with Kaido.

Kaido’s subordinates believe that they will take Straw Hat’s head. They told whirly eyebrows to get out of their way. Sanji uses Party Table Kick Course and out all of them to sleep. The giant monsters arrive and ask Sanji how dare he do that to his men. Luffy wonders if that guy is a gorilla. But he was surprised when he saw a human body and a fist of gorilla face. The guy is known as Briscol, a Headliner of the Animal Kingdom Pirate with Gorilla Smile Fruit. Sanji wonders why that guy has a growing gorilla on his fist.

Briscol challenges Sanji and uses Gorilla Punch- Gorilla Punch against Sanji. Sanji realizes that Briscol is a tough opponent and Luffy smiles since he wants to battle Briscol and gets excited, thinking that Gorilla Punch is a killer. But Jimbei ruins the moment and uses a Water Shot to put Briscola to sleep. Briscol wakes up and asks Jimbei how dare he attacks them. Sanji told Luffy that he could wipe out those guys in ten seconds, and Luffy replied that he could do it in three seconds.

One Piece Episode 1006 will be released on 16 January 2022. Jimbei uses Fish-Man Karate: Shark Brick Fist and defeats Briscol. He reminds Luffy to save his energy for a big fight. Sanji knows that Luffy will never stop fighting, and they continue to smash enemies. The festival continues at the Flower Capital, and the citizens enjoy different activities. A young girl enjoys spending time with uncle Minamoto. At the rooftop, Kinemon wonders if they have defeated Kaido. Let’s look at One Piece Episode 1006 official details.

You can watch One Piece-Episode 1006 online on Netflix & Crunchyroll on Sunday at 9:30 AM JST. You can also watch One Piece-Episode 1006 on Funimation & Animelab in other countries. Kiku thinks that they defeated Kaido and got excited. The Akazaya praise Oden’s Two Sword Style. But Kaido wakes up, tells them about his scar, and talks about Oden. Kaido uses invisible slashes against the Akaza, and Kiku gets hurt. Let’s meet when One Piece Episode 1006 is released.