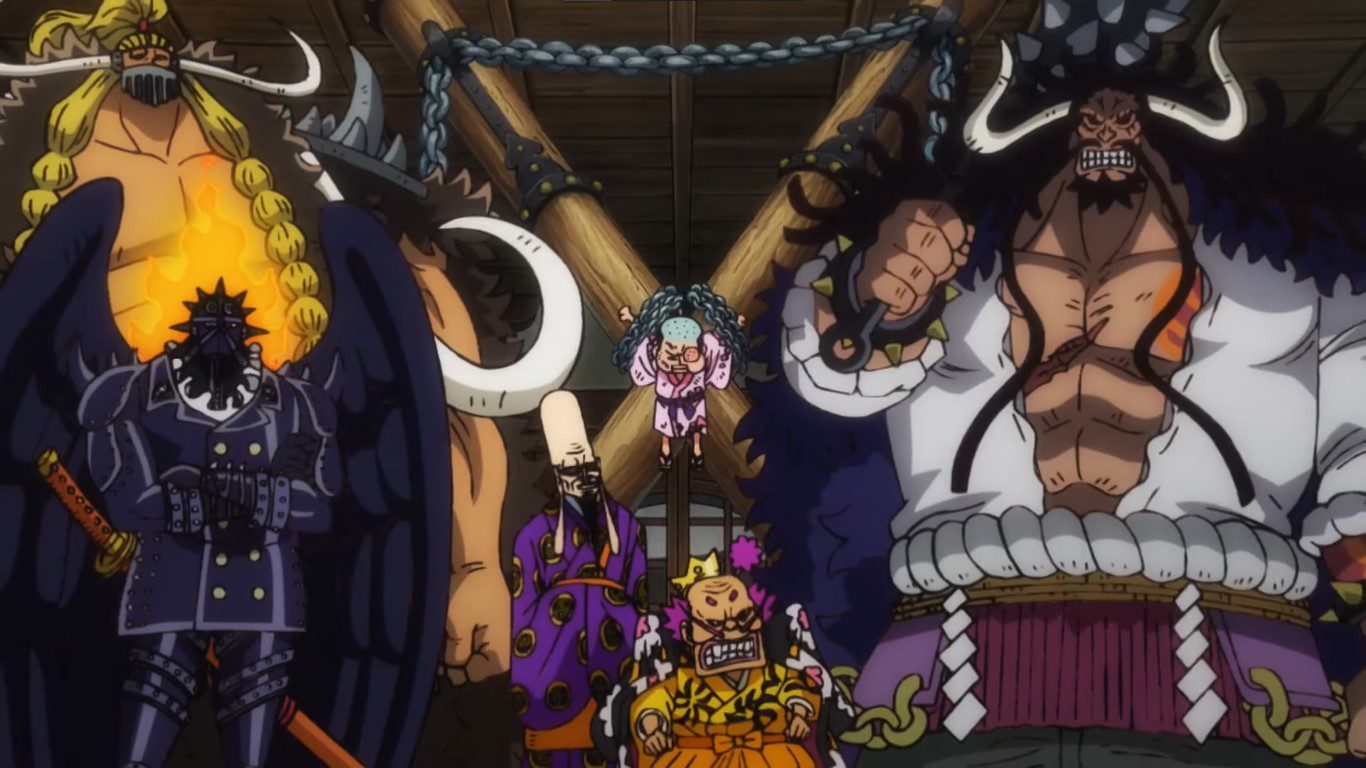 One Piece chapter schedule for October is looking as good as usual, with yet another manga break expected within a few chapters. The manga schedule for September saw only one break, so this will be the norm until later in December where the holidays will bring forth frequent manga breaks. Usually, the manga goes on one week, once every three chapters. So to sum it up it would be once every month.

The September chapters bright forth the peak of the Onigashima raid, where we saw the top echelons from each side face to face. From Big Mom taking on Law and Kid to Luffy making his way back to the rooftop while Yamato keeps Kaidou at bay. We got more scenes from the rooftop than we had thought. So it was just a matter of time before the manga transition into a different fight.

Speaking of which, there are not that many fights left, and things will get intense from here on. We have seen almost all the cards at play from each side. With Kaidou’s side continuing to lose in numbers as new chapters come. To sum every fight up, we now know that there is a big fight at the rooftop where Luffy currently faces Kaidou one on one. Then we have Big Mom, who is occupied with Law and Kid.

Zoro and Sanji face King and Queen while Jack and Perospero, who faced Nekomamushi and Inuarashi, were defeated in the last chapter. Another fight that might have an impact on how things go is happening between Hawkins and Killer. So even though Kid is present in only one fight, his life hangs over in two different fights courtesy of Hawkins’s straw abilities. Taking a look at One Piece chapter scheduled for October, One Piece manga will go on a break in mid-October. 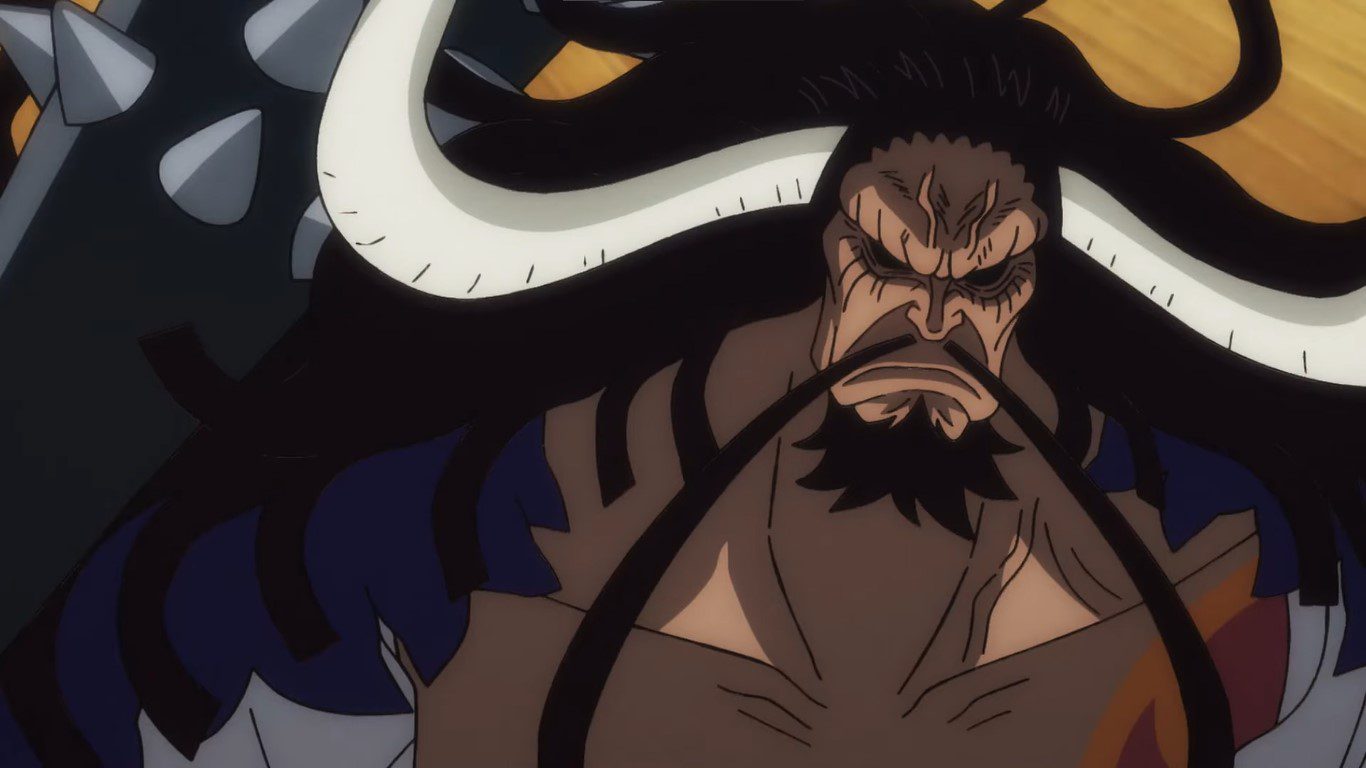 One Piece Chapter Schedule for October 2021

October will only have five Sundays, the most that any calendar month can have. Counting the manga break, we will get four chapters if things go well without any other interruptions. So this will be a lot of action, and surely by the end of the month, Wano’s raid will be in a completely different state with the impending Kaidou’s fall. One Piece manga chapters listed for October 2021, including when One Piece Manga will go on a break is as follows:

This should be how the next four chapters of the manga will line up. In case where there might be any interruptions, we will update this schedule accordingly. So for October, we will get new chapters for the first two Sundays, then the manga will go on a one-week break before continuing with yet two more chapters for the month. If you ever wondered why is One Piece on a break, you should know that it has become a norm for the manga creator to rest once every three weeks. So he is also taking good care of his health and wellbeing as creating manga takes a lot of his daily time.

Finding out the manga schedule is just as easy; you just need to know when the previous manga break happens, then extrapolate the schedule for a new chapter every Sunday with a break once every three chapters. The five Sunday, October means that for November, we will have fewer Sundays, and the month will be opened with a manga break. So for November, we will only have three chapters meaning that this is the last time we get four chapters in a month for this year.

As usual, we will take a look at what happened in the manga for the previous month as we are about to start a new month. The spoilers for the first chapter of the month are already out and are hinting at the impending end of the raid. It looks like the raid is about to pass its peak, so soon, we should see the beginning of the final stages. 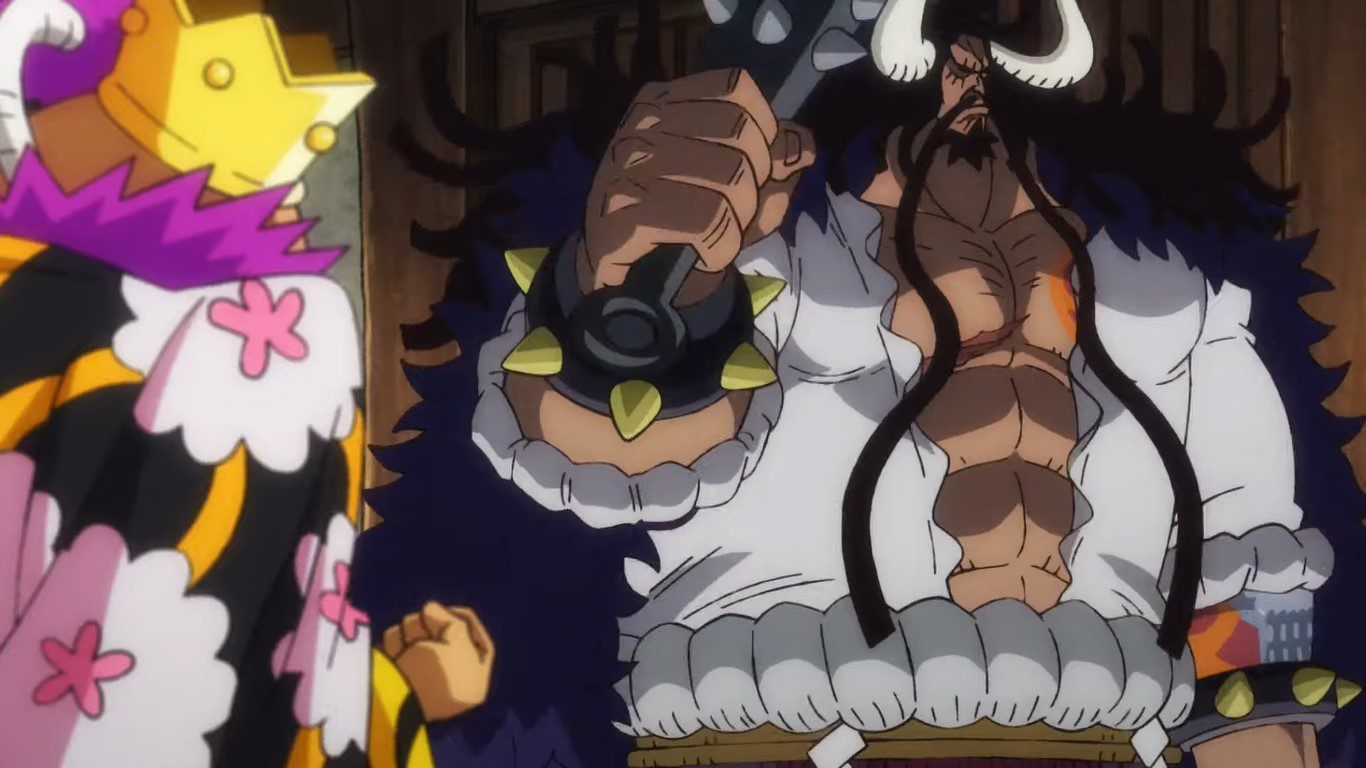 With a couple of fights left and having Perospero and Jack finally defeated, this has been the big highlight of the month for the manga. The chapters were packed with action, and from the early chapters of September, we started with Momonosuke’s terrific transformation into a giant dragon and taking Luffy back to the rooftop. This signaled the final showdown between Luffy and Kaidou that is currently taking place on the rooftop.

This sets the mood for two more chapters that followed for the month. The manga then brought us more scenes taking us through Luffy’s journey back to the rooftop as he rides on Momonosuke’s back. In the meantime, Yamato went all out against Kaidou and managed to fight evenly with him even though it was just for a moment. We managed to see her push Kaidou to his limits and managed to make him bleed as well.

One Piece September chapters solely focused on Luffy and Kaidou as the latter makes his way back to the rooftop. Momonosuke crashed on the performance floor and made his way up to where Kaidou was. This had everyone on his side in high spirits as they saw that Luffy survived after Kaidou had announced his defeat earlier. Everyone who was fighting saw this, so this was a decisive moment for the raid.

We did not get many updates from other fights in the last three chapters, so for October, we expect things to be different as Luffy vs. Kaidou has reached the final stage. The upcoming chapter hints at a transition to Zoro and Sanji vs. King and Queen so that things might shift towards the fights in the lower levels of Kaidou’s mansion. Otherwise, this would mean that Luffy vs. Kaidou would reach an end before we could get updates from other fights, so this would just be illogical.

The Build-up to October Chapters: Updates on Zoro vs. King

Other important battles going on include Big Mom’s side that we haven’t got as many updates in a very long time. This will be another decisive battle with Big Mom as one of the Yonkou. The upcoming chapters will rotate in all of these fights, and we have already started with Zoro vs. King. Their fight is at the final stage, so whoever falls next won’t be getting up. Zoro and King have mustered all of their resolves, and it looks like they are ready for a final strike. Zoro has expressed his desire to die by the sword should things not go his way. While King promises to never forgive Zoro should he win.

We also expect to get more updates on Sanji’s side as well; then, we also have Hawkin’s side, who currently faces Killer with Kid’s life on the line. This will affect the battle on the upper floor of the castle where Kidd and Law fight an enraged Big Mom. With more chapters for the month to come, then we should see how things will play out.

One Piece manga is available online on VIZ Media and Manga Plus official platforms for both smartphones, laptops, computers, and tablets. New chapters are released every Sunday unless in cases where the manga goes on a break. The spoilers for each chapter are usually released on a Tuesday before the next chapter is released. Then full spoilers follow through the week with Raw scans following on Friday, and then finally we get the official release on Sunday.

This is how the manga release new chapters every week, and spoilers go in the same manner even in cases where the manga goes on a break. But if you prefer official releases instead of following spoilers, then it means you will have to wait for official releases on Sundays.