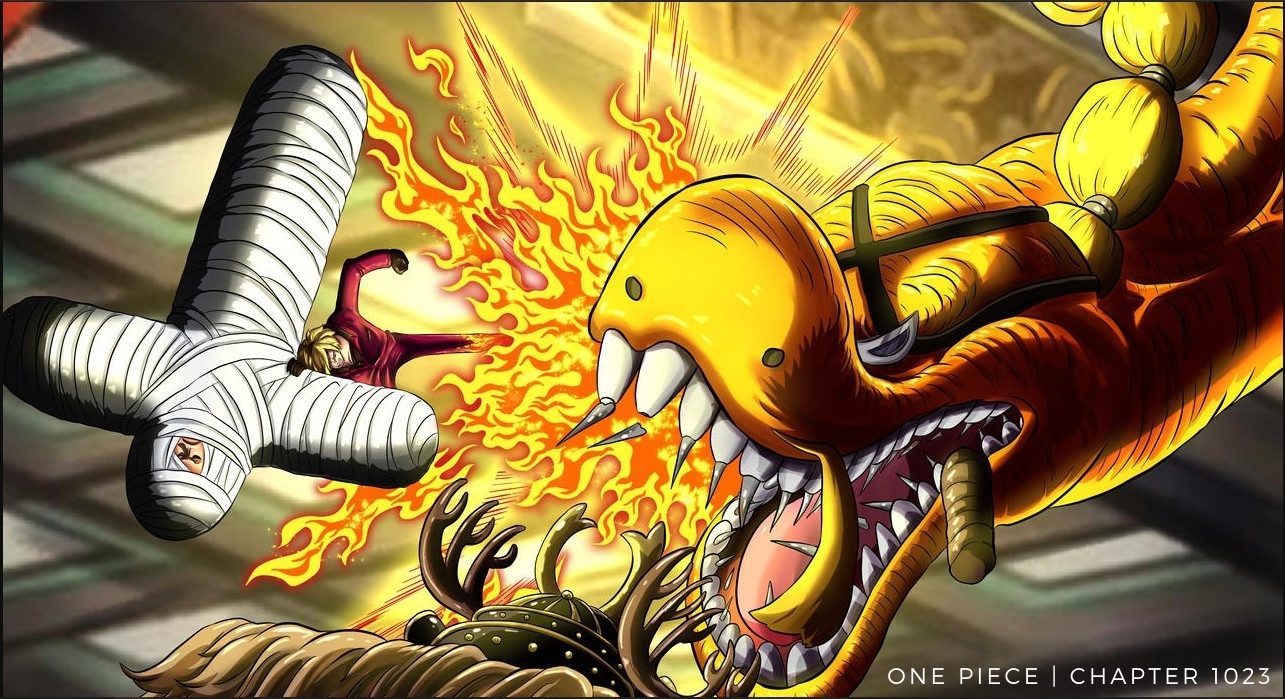 Zoro and Sanji will be facing King and Queen in One Piece chapter 1023 as their fight has just started. The latest developments in the Wano war saw all of the Tobiroppo defeated, save for X Drake, who has switched sides. One Piece manga’ break will be coming to an end this weekend when One Piece chapter 1022 is officially released. Then we will get the next few chapters without interruptions. So we should be able to see how the fight between these elites will go with very few battles fronts left. The defeat of the Tobiroppo would mean that we have just entered the final stage of the war with only the All-Stars Kaidou and Big Mom left.

Updates from other sides like where Jack is, the Oniwabanshu, and other remnants of Big Mom pirates might not take as much action from the oncoming chapters, but we also expect to see how things will go on that side. We have not got many updates from Big Mom and Law’s side. But since Hawkins has linked his straw doll with Kid’s life, then Law might have a hard time fighting alongside an endangered Kid.

It should be interesting to see how Killer will handle his situation with Hawkins. Up to this point, he had Hawkins completely cornered and was cruising to victory. But now that Hawkins has put Kidd’s life on the line, it means that Killer will be fighting mostly a defensive battle going forward.

Hawkins intends to take advantage of this and has the upper hand in the battle, so he should be able to retaliate without any issue. Killer has been manipulated with Kidd’s life on the line before by Orochi, who fed him a defect slime with the promise of giving him a chance to save Kidd. 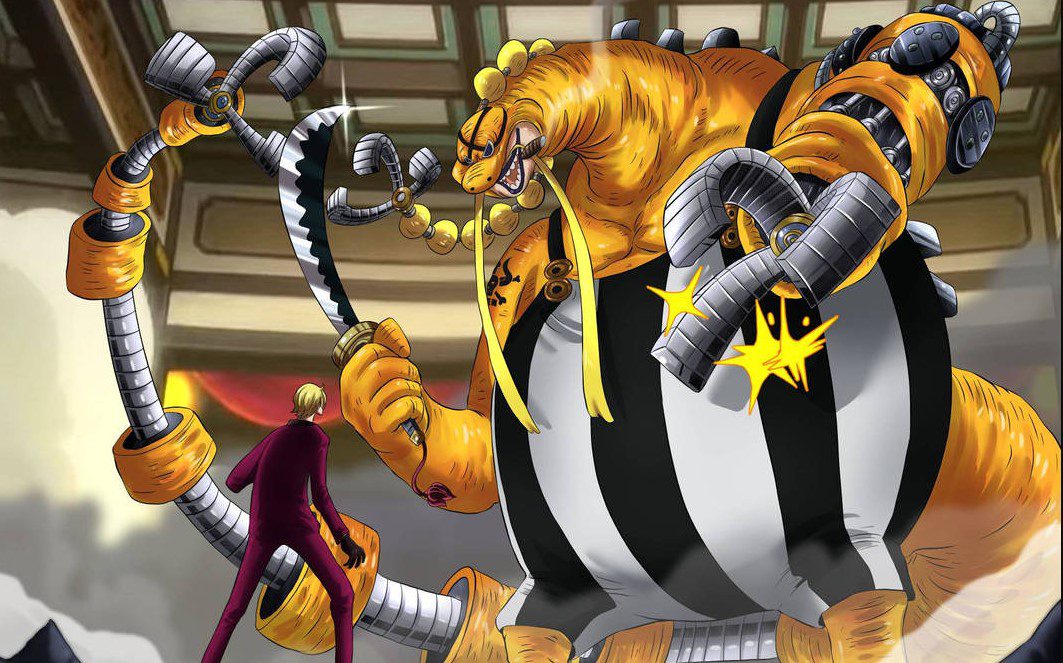 The Tobiroppo have been defeated, which means fewer interruptions in the bigger fights that we will get to see next. Marco has played a huge role and seems to be exhausted, so we probably won’t see much from him at this point. Perospero has been knocked out of the live floor where two of the All-Stars face Zoro and Sanji in a heated battle.

Hawkins and Killer face each other, but Hawkins has lost almost all of his scapegoat straw dolls, so he puts Kidd’s life on the line. This is another battle that will be interesting since it will also affect how Law and Kidd vs. Big Mom will continue forward. Law will probably notice that Kidd is suffering due to Hawkins’s straw powers since his comrades were once in the same situation.

We haven’t got any updates from Jack’s side, but Raizo is currently facing Fukurokuju of the Oniwabanshu. At the moment, we have no idea what the rest of them are doing. With the Tobiroppo defeated, most of the Strawhats that faced them walked away with minor injuries, so we still expect some action to develop on that end since they just can’t be roaming free in such a dangerous war.

Luffy has also recovered, and there is still Yamato and Kadou’s battle on the rooftop. Wit Zoro and Sanji vs. the All-Star fight taking the spotlight. Hopefully, the next chapter will continue from this point, and we will finally see King’s Hybrid form. Zoro has just recovered, so we should see him go full power once again. Sanji has not been doing much since he was captured by Black Maria, so it will be interesting to finally see him in action.

One Piece chapter 1023 will be released on 29 August 2021. One Piece will not be going on a break anytime soon, with the next break of the manga expected after chapter 1024. As usual, we know that the manga goes on a break once after every three chapters due to Oda taking his personal one-week break.

So with the Holiday break has affected the release of another chapter last week. The next two chapters will complete the rest of Oda’s cycle, with another imminent manga break expected after two weeks.