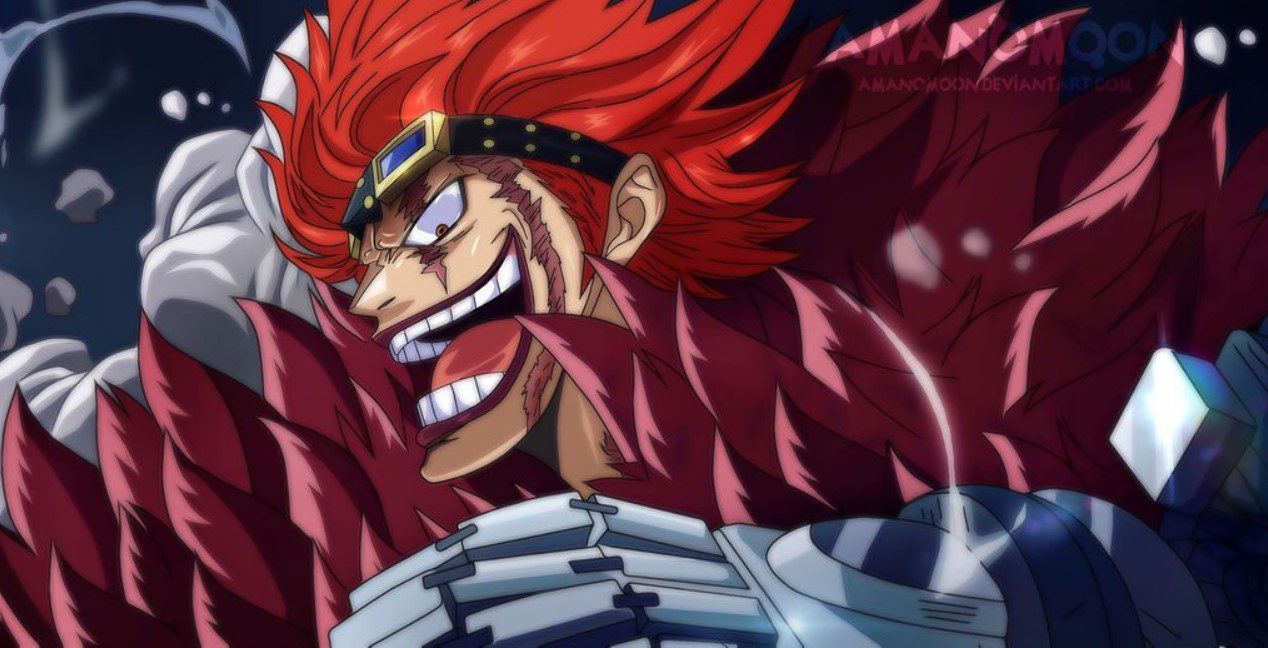 All of the Tobiroppo has finally fallen in One Piece 1022 spoilers that came earlier than usual this week. One Piece manga is currently on a WSJ break, and we will not have a chapter release for the upcoming weekend. The updates from the upcoming chapter spoilers already look interesting and are promising a lot of action to follow from here on. We are getting updates from other battlefronts that we have not seen in a while, and only the elite remain, so their battles will be at the next level.

The latest chapter of the manga just concluded the last fight of the Tobiroppo, with Robin and Brook emerging victorious. So the manga will not take any longer as it will be heading straight into the fights of the All-Stars in the next chapter. This should be interesting because no matter how the manga continues from here on, it will be the battle of the most advanced individuals we have ever seen in the manga.

We also got more updates from Kidd’s side, which we last saw in pursuit of Big Mom with Law following them. Hawkins also makes an appearance, and once again, he is being the usual guy that we know. He appeared to have made sufficient preparations before the battle thanks to his cards that always gave him hints about what will happen in the future.

So far, we haven’t got many updates from Law’s side, so he is probably keeping Big Mom at bay with Kidd and his crew. Hawkins linking Kidd to his powers might come as an annoying move for the worst generation, so Killer will have to be careful when facing Hawkins as the outcome will also have an impact on Kidd. But this is no more than a time-buying tactic for Hawkins, who just want to survive through this war. 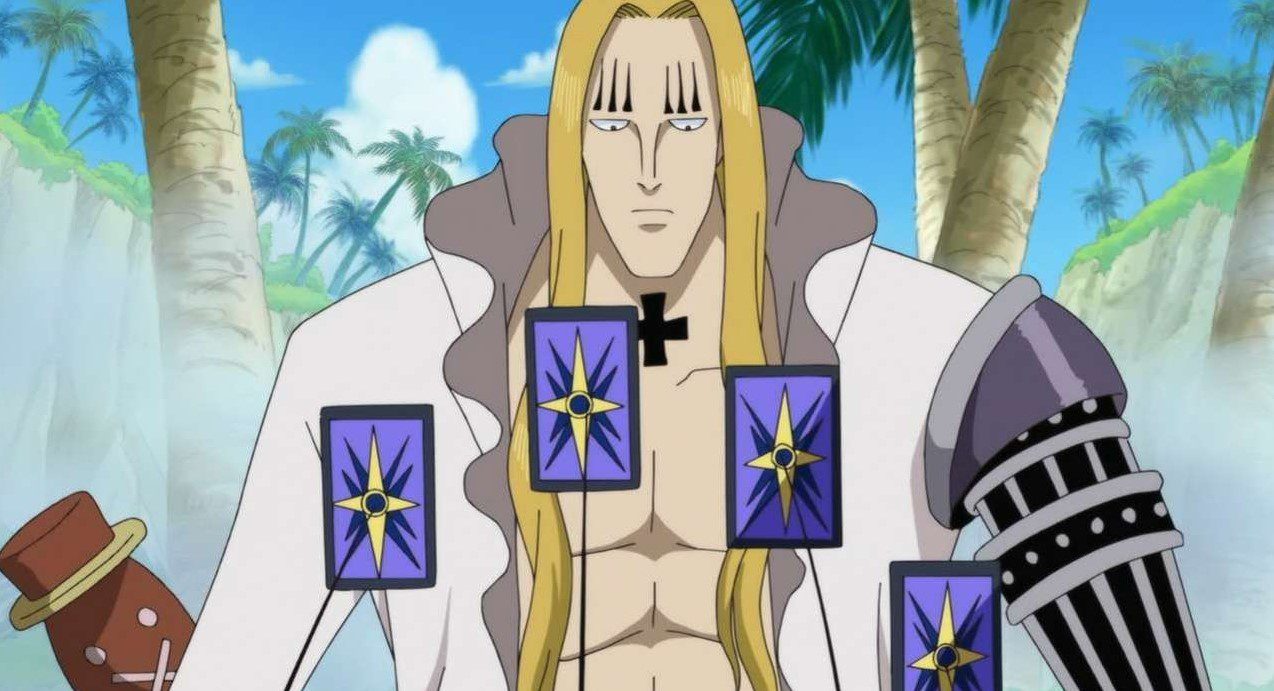 We have received the full One Piece Chapter 1022 spoilers thanks to Redon from Arlong park forums courtesy of the  One Piece Subreddit.

The chapter is titled “Ornament” (might differ from official translations)

In the cover, the members of the Tontatta tribe are playing hide and seek with a frog in the hydrangea bush.

The chapter begins with updates on the Onigashima war. A narration appears which shows that the difference in numbers between Kaidou and the Samurai sides is narrowing. We also see a map of Onigashima castle with the marked position of places where each Tobiroppo was defeated.

We only see three panels of Black Maria, Who’s Who, and Sasaki. Page One and Ulti did not get their panels.

Luffy has recovered and appears screaming; he is full of energy. His body is inflated from eating Caribou’s one month’s worth of food supplies. As all this is happening, Onigashima is only 15 minutes away from the flower capital.

Back on Onigashima’s third floor, Raizou and Fukurokuju are fighting one vs. one. Raizou attacks with his clone Jutsu creating several copies of himself. Fukurokuju replies with another technique of his “Ninpou: Mimitabu Crackers,” which allows him to control his earlobes like whips.

Fukurokuju managed to see through Raizou’s clones and attacked Raizou’s main body. Raizou asks Fukurokuju why he chose to serve Orochi instead. Fukurokujju tells him that he is a ninja and it is his duty to serve the Shogun of Wano.

He contrasted that Raizo is currently serving a ghost, and he can’t become a true ninja because he has failed to contain his personal feelings. Raizo tells him that his actions are sincere since he acts out of his own personal feelings.

He also iterated that the scabbards died along with Oden 20 years ago. What he sees now are merely ghosts who are here to carry out Oden’s will. What they are currently doing is not a duty but their feelings that drives them.

Raizou told Fukurokuju that Kaidouand Orochi’s night is about to end, and the sun will shine upon Wano once Momonosuke becomes Shogun. As Raizou is speaking, we see the locations of the other scabbards.

Zorro Recovers and Joins The Fight

Kinemon, Kiku, and Ashura appeared lying on the floor, but we did not see their faces. The rest of them appeared running while some are engaged in their fights, including Denjiro. 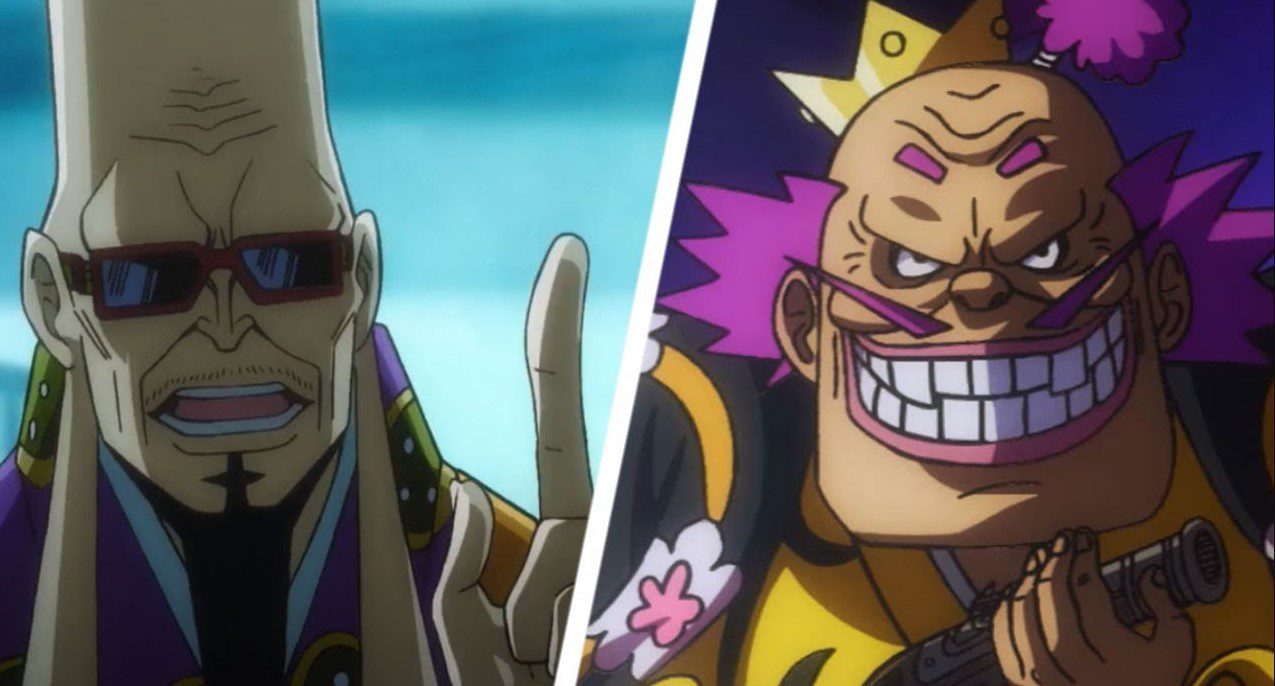 Back on Onigashima’s third floor, Killer and Hawkins continue with their fight. Hawkin is using his scarecrow form, and we also see several straws on the floor to show that Killer has defeated Hawkins several times. Hawkins managed to survive this long thanks to his ability.

Killer asked Hawkins how many lives he has stored in his straw ability. Hawkin laughs and tells him that he hasn’t got many lives left, but the big question should be whose life it is going to be. Killer replies by stabbing Hawkins while Hawkins continues with his laughs.

On Onigashima’s second floor, Law and Kid are fighting Big Mom. All of a sudden, Kid kneels as he got a stab wound on the chest. Meanwhile, on the third floor, Hawkins tells Killer that if he kills him, Kid will die instead.

Back on the live floor, King and Queen appeared in their hybrid forms, annihilating the entire floor. They attack the gifters that have betrayed them. The whole area is on fire, and KingKing grabs the head of a four-armed gifter while his hand is on fire.

Marco has reached his limits and struggles to stop both of them. Sanji tells Miyagi to take Zoro and run away if the drug is not working. Miyagi replies that it would take a little longer to activate since Zorro is in critical condition.

Sanji tries to stop both King and Queen at the same time, but they are overwhelming him. King goes for Zoro while Perospero, who was still in the room, tries to sneak attack Sanji with his arrow candy.

Just before he could release his bow, Nekomamushi moves in with great speed and slaps him on the face. The bow recoils and shot Perospero backward and out of the live floor instead. He crashes outside on the rocky areas next to the bridge.

Chopper and Miyagi continue their retreat with a pair of Samurai carrying Zorro. King blocked their exit and conjured a fireball flame to attack them. Marco blocks the attack before it hits them with the same move he used to block Kizaru’s attack back in Marineford.

Queen joins in and tells Marco that he is tired of him and intends to kill him this time. He then aims his laser beam attack at Marco while King prepared his fireball attack once again.

Marco tells them that he gives up and has fought enough. He said that it is now time for the stars to enter the stage, referring to Sanji and Zorro, who has just recovered. Zorro and Sanji attack both King and Queen, respectively, with Zorro using Rengoku Onigiri to slash KingKing. At the same time, Sanji kicks Queen with Diable Mouton Shot appearing on a big double cover page.

Zoro then tells Sanji that if they manage to win this battle… While he talks, Sanji intervenes and agrees along that he can start to see the image of Luffy as the pirate KingKing.

The next manga break is expected after One Piece Chapter 1024

Taking a look at the latest spoilers and the direction that the upcoming chapters will take. We can already see that this battle is at least at the All-Stars level. The All-Stars are Kaidou’s crew that only comes after him; this means that in the Beast Pirates, Kaidou is the only one more powerful than them.

The same applies to Big Mom’s side, as Big Mom brought only the most powerful candidates from her crew. We only have very few headliners left in this fight, with the likes of Hawkins still standing. So soon, we should also see what happens with X Drake, who has switched sides.

As time goes, Kaidou and his alliance continue to lose numbers, so soon the Samurai side will be even with them as the fight intensifies. We should wait and see how this will continue. And with Zoro back in the fight, then we should only see his best for this time since there is a high chance the recovery medicine he took will not work for the second time.

We also have other interesting battlefronts like Law’s side that we will probably see more developments in the upcoming chapters as well.