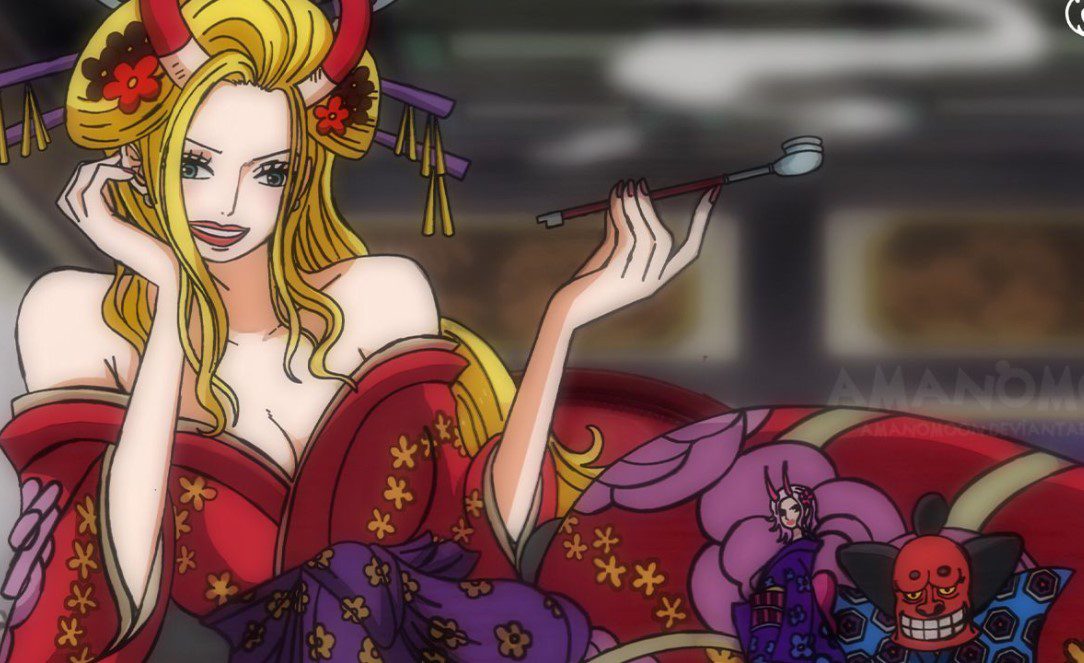 The manga will take OLYMPIC BREAK after releasing the latest chapter with recent spoilers of One Piece Manga; the questions about Momonosuke and Luffy’s whereabouts are about to be answered since the battle in Wano is at another level. Let’s dive deep into the latest spoilers and development of One Piece. The recent chapter of the One Piece Manga title is ”Robin Vs. Black Maria.” From the current updates, Yamato shows her true Devil Fruit powers during her brawl with Kaido. Kaido realizes that he made a mistake by allowing Yamato to eat the Devil Fruit, giving her powers to go against him.

Luffy’s return is about to get revealed since he woke up from the last chapter looking for meat. Meanwhile, Franky had one-on-one combat with Sasaki. During the battle between the two, Franky shows the powers of Radical Beam and uses it to smash Sasaki. Sasaki proved to be more robust and counter Frank’s super move. He shows his new abilities and unleashes a combo move called ”Heliceratops” to block Franky’s strikes. Sasaki vs. Franky is not a long clash since they are about to defeat each other.

On the other side of Onigashima, things get intense as Kaido vs. Yamato continues. During their brawl, Yamato levels up and shows hers her hybrid form that surprised Kaido. Yamato’s goal is to hold Kaido until the captain of the Straw Hats returns. Yamato and Kaido discuss the powers of the Devil Fruit. Kaido reveals that it took him a great effort to get Yamato’s Devil Fruit. But he got disappointed after finding that Yamato ate the Devil Fruit out of hunger. Let’s take a look at the recent updates of the upcoming chapter below.

In the past, Yamato ate the Devil Fruit thinking that she was eating an ordinary fruit to satisfy her hunger. After maintaining her hybrid form, Kaido and Yamoto exchange missive strikes. The Robin vs. Black Maria is about to begin, and the chapter starts with revealing the truth behind Yamato’s hybrid form. Yamato posses the Inu-Inu no mi model  known as ”Oguchi no Makami.” Meanwhile, Robin spots illusions but attacks and finds that it is Black Maria’s underlings.

Brook and Robin saw the illusions of the people that they have missed. Robin saw the back of a giant and a white-haired woman. But she couldn’t see their face. Brook saw the pirate from his crew and mysterious people wearing odd armor, but he couldn’t recognize their faces. Brook can’t fight with those guys, and Robin helps by dispelling the illusion and attacks her loved ones. After Robin’s attacks, she defeats Black Maria’s underlings. 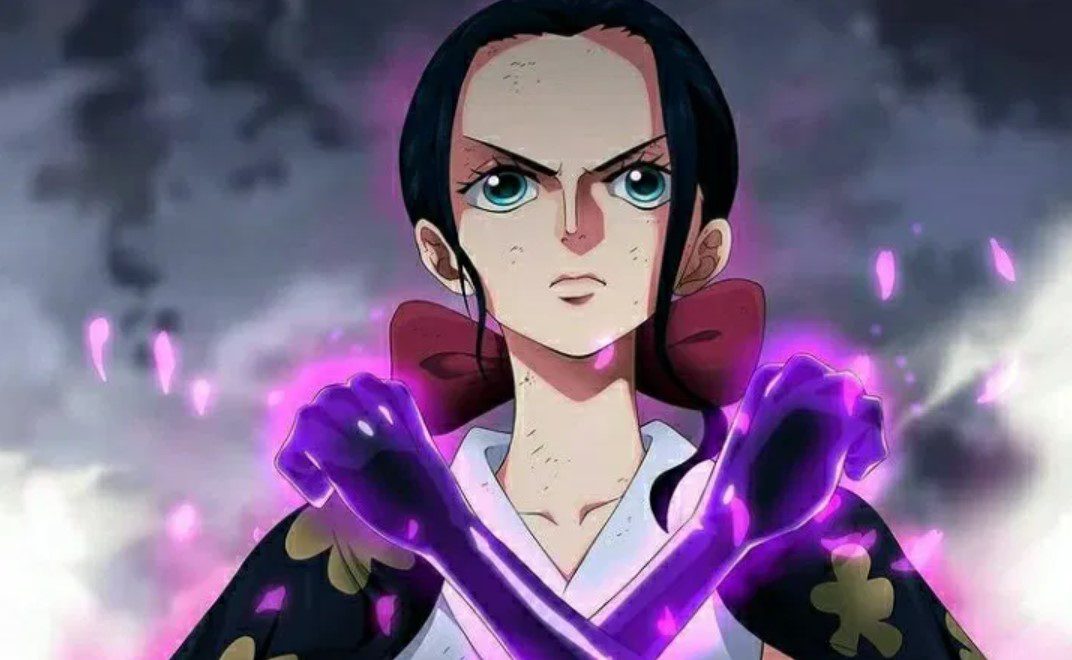 The Wings of the Pirate King

Black Maria wields a weapon called ”Wanyudo,” and she has consumed a SMILE Devil Fruit. Black Maria’s Wanyudo is a ”Special Dog-type SMILE Fruit” based on a dog breed around the Land of Wano. Brook and Robin team up to fight against Black Maria. Brook unleashes Cold Soul and attacks Wanyudo. Meanwhile, Black Maria notices that Sanji is crying for help and laughs at him.

Robin wonders why Sanji depends on the lady and wonders what will happen to him. She realizes that he should understand the situation even though he doesn’t fight with ladies. Robing believes that Sanji is the man who deserves to be called ” The Wings of the Pirate King.” But he is slacking during the battle because they are fighting with a lady. Cut to Luffy’s side, the captain of the Straw Hats regains consciousness and meets Momonosuke.

Momonosuke is with Caribou, who decided to watch Luffy and Momonosuke from the distance as they reunite. The meeting between the two is a wonderful one. The two rejoice, and Luffy realizes no time to waste since the battle is still happening at Onigashima. Luffy orders Momonosuke to transform into a dragon, and they must both head Onigashima. The chapter ends with the two planning to go to Onigashima while the great war between the Samura and Beast Pirates continues. We will add more summaries of this manga during the week; let’s meet next time with the upcoming chapter’s updates and spoilers.

One Piece Chapter 1021 Release Date & Where To Read

One Piece Chapter 1021 release date is 8 August 2020. You can access the latest chapters of One Piece Manga officially on VIZ; you can also look at One Piece 1020 Spoilers Are Out: Yamato’s Devil Fruit, Luffy & Momo’s Return, and One Piece Manga Crosses Batman Comics, Sells 490 Million Copies Worldwide.