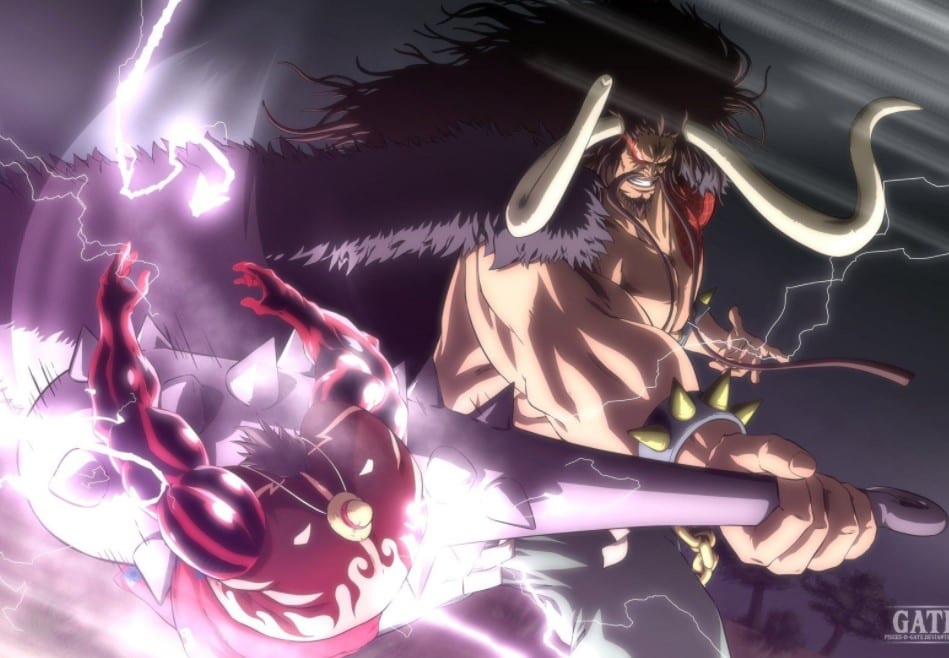 One Piece Manga continues with Luffy falling into the ocean as Kaido watches him. Before we get into the main story of Luffy, let’s take a look at the following. Earlier, Big Mom realizes that Zeus has betrayed her and orders Hera to get rid of Zeus. Nami stood up for Zeus. She unleashes thunderbolts and creates small dark cloud balls for Zeus to free himself from Big Mom. Hera noticed that and swallowed the small dark cloud balls along with Zeus. Hera’s powers got fully awakened.

The chapter is titled The Life of the Actor. Captain Kid blocks the attack and creates a colossal metal to smash Big Mom’s head with the ground. Captain Kid orders Tama, Ussop, and Nami to leave the battlefield, and he will take care of Big Mom. Captain Kid comments that Big Mom is his prey. Kaido’s underlings shout that it’s Captain Kid. Kaido has returned to his human form at the rooftop of Onigashima. Kaido is breathing heavily and comments that it is not a surprise that things have ended this way.

He looks down and mocks Luffy that Luffy is a brat with powerful weapons, but he made a mistake by deciding to fight alone. Kaido also said that he should have cut Luffy’s head and show it to everyone who doubts that a brat like Luffy couldn’t defeat him. Luffy is unconscious, falling from the top with injuries. Kaido receives the news from Bao Huang that they have found Momonosuke. Kaido orders Bao Huang to announce his victory all over the island of Onigashima that he has defeated the Captain of Straw Hats. 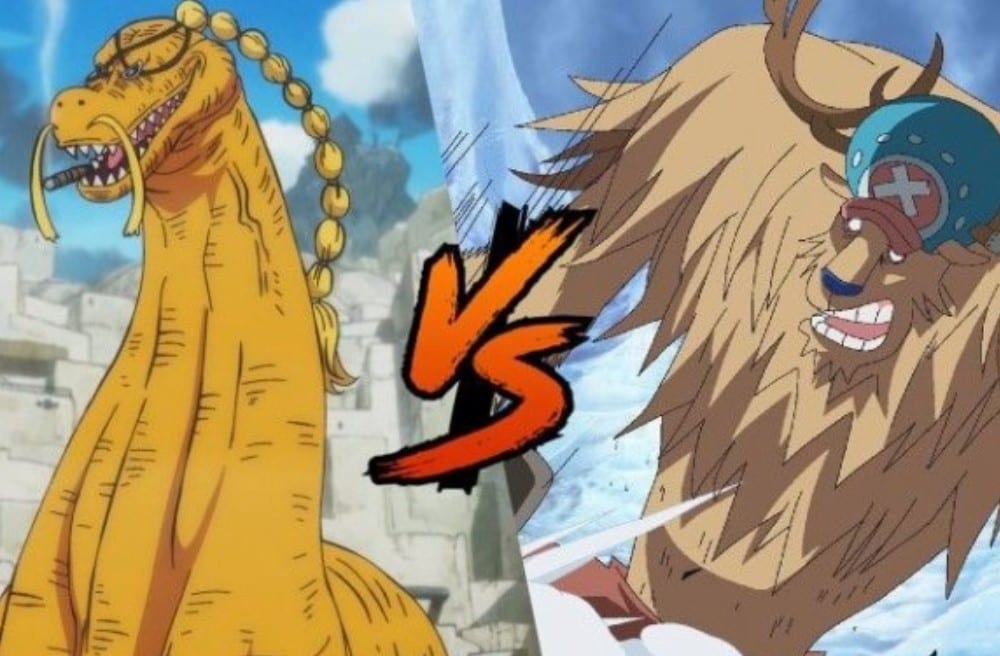 Meanwhile, Yamato is making her way to the rooftop and continues to fight. Momonosuke comments it looks like he shouldn’t die. The clash between Queen and Chopper begins. In a flashback, Chopper talked with Caesar about the Rummble Balls. Caesar tells Chopper they can produce the effect of the Rumble Balls last more than 3 minutes. Back to the present, the battle continues as Chopper and Queen exchange massive blows.  Meanwhile, Bao Huang announces the results of Kaido’s war.

Boa Huang reveals that Kaido would spare and accept the samurai who will surrender as his subordinates. Kanjuro encounters Momonosuke. The battle between Queen and Chopper continues; meanwhile, Kaido appears where  Momonosuke is and takes out his kanabo and hits Momonosuke. That’s what we have managed to get for this week; as soon as the details updates of One Piece Manga releases the latest chapter, we will update the detailed summary and spoilers. You can also take a look at the following spoilers below.

Also, read One Piece 1014 Spoilers Via Reddit: The Life Of The Actor.

The battle between Luffy and Kaido will be revealed soon before Kaido defeated Luffy. One Piece Manga fans might be curious how Luffy ended falling from the sky and how Kaido defeated Luffy. Also, Queen and Chopper’s entire battle will be revealed soon. Let’s meet next time when we update new spoilers and detailed summaries of the greatest war in Onigashima. Take a look at the following weekly schedule below.

One Piece chapter 1015 date will release on Sunday, 6 June 2020. The spoiler of the upcoming chapter 1015 will be available next week; make sure not to miss them. Also, read Spoilers: One Piece Chapter 1014 Reveals Anarchy In The BM. You can read One Piece officially on Viz. Note the One Piece Manga will no take a weekly break after the release of chapter 1015.