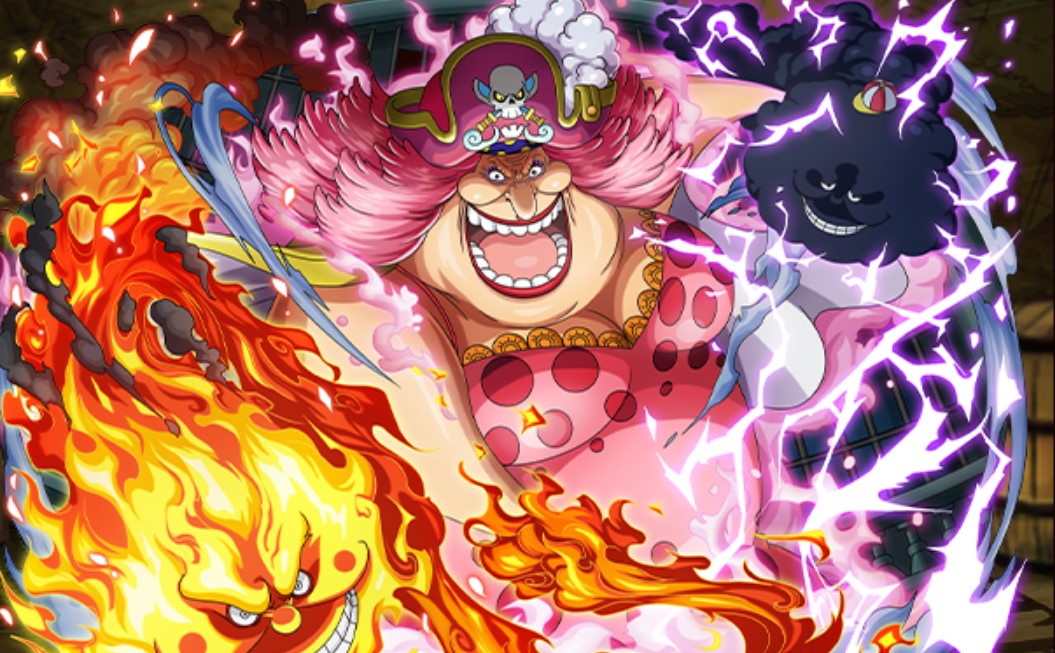 One Piece has recently returned from the weekly break. Note that there will be no weekly break after this chapter is released. The upcoming chapter is titled “Itching.” In the cover, we see Captain Kid using his powers to create a metal bird. A family of little birds is building a nest on top of Captain Kid’s head. Let’s find more about the battle since Big Mom is back into action. The action starts on the third floor, where The Red Scabbards are on their way to help Momonosuke. Izou notices that something about Kiku’s arm and asks her.

Kiku reveals that the wound feels like an itch since she is a Samurai. She also said her heart itched the day Izou decided to leave Wanokuni. Izou realizes that Kiku was hurt, and he apologizes for leaving her behind. Kawamatsu asks Izou what will happen to Wanokuni when the country is opened to the world. Izou replies that they will talk about that if they survive until morning. Kin’emon suggests that they can split into two groups since they are outnumbered and help everyone.

Kin’emon decided to save Momonosuke alone. Kiku asks to be the one to eliminate Kanjuro once and for all. Kin’emon agrees and tells her to follow him. The other members of  The Red Scabbards split up and headed in different ways. Nekomamushi encounters the monkey Mink Shishilian and Bariete. He discovers that Pedro is dead; Nekomamushi recently arrives at the beginning of the battle at Wanokuni. Meanwhile, Yamato, Momonosuke and Shinobu, has arrived in the attic. 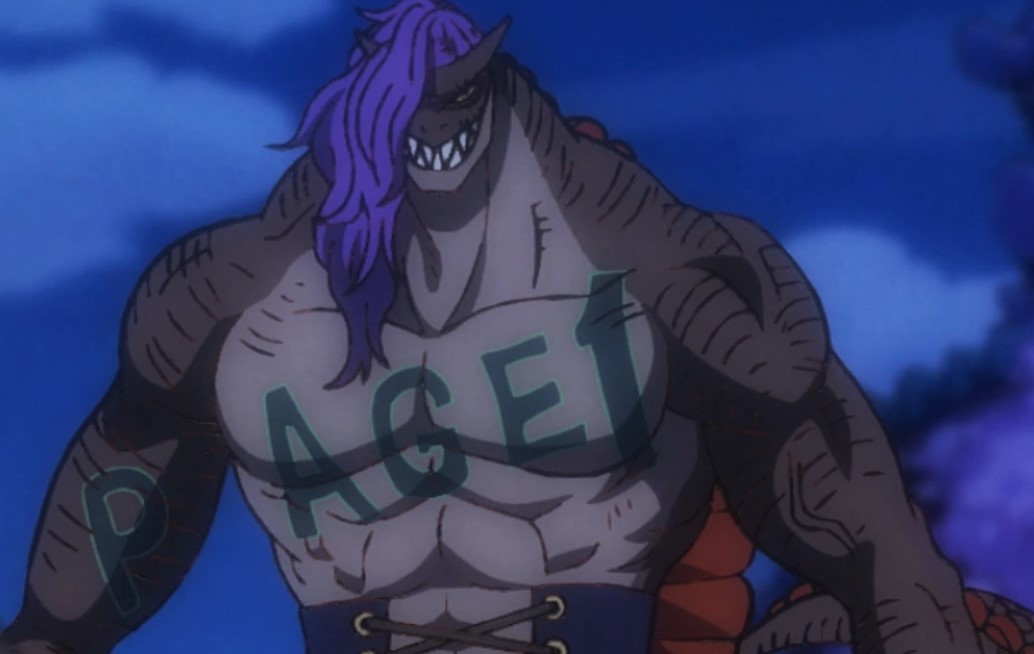 Yamato suggests that they must split since the “Marys” might find them. Yamato created a fake dummy of  Momonosuke, and she will walk with it acting as a decoy. Momonosuke and Shinobu notice that Yamato is “itching” to fight. When Yamato was about to leave, she asks about Luffy.  Momonosuke reveals Luffy is doing fine, but they are reduced to two people. Yamato realizes the battle has now turned into a 1v1 battle. She comments that she must hurry. Momosuke opens Oden’s journal after Yamato has left.

On the second floor, Sanji is also heading to help Momonosuke. He is carrying a huge cross at his back while smashing Kaido’s men. It has been revealing that the cross is Zoro, who is severely injured. He had a flashback where Law, Zoro, and Zeus appeared above Sanji. Sanji was the one to carrying Zoro and Law. Zeus got scared and flew away when Sanji asks about Nami. Law heard the voice of Big Mom and decided to follow her. He told Sanji to take care of his wounds and Zoro.

Also, read One Piece 1012 Spoilers Out Via Reddit: A Moment You Have Been Waiting For.

Sanji tied Zoro with a huge cross that he created using pieces of wood. Sanji asks Zoro who the hell smashed him and left him like this. Zoro replies that it is Kaido and Big Mom. Sanji asks about Luffy, and Zoro replies that Luffy will win. Sanji comments that there is no need for him to say that, and he knows that Luffy will win. In the present, Zoro is healing while sleeping, and Sanji is complaining that he is smashing Kaido’s men alone without his rivalry. After dealing with Kaido’s men, Sanji met with Kawamatsu and Izou. 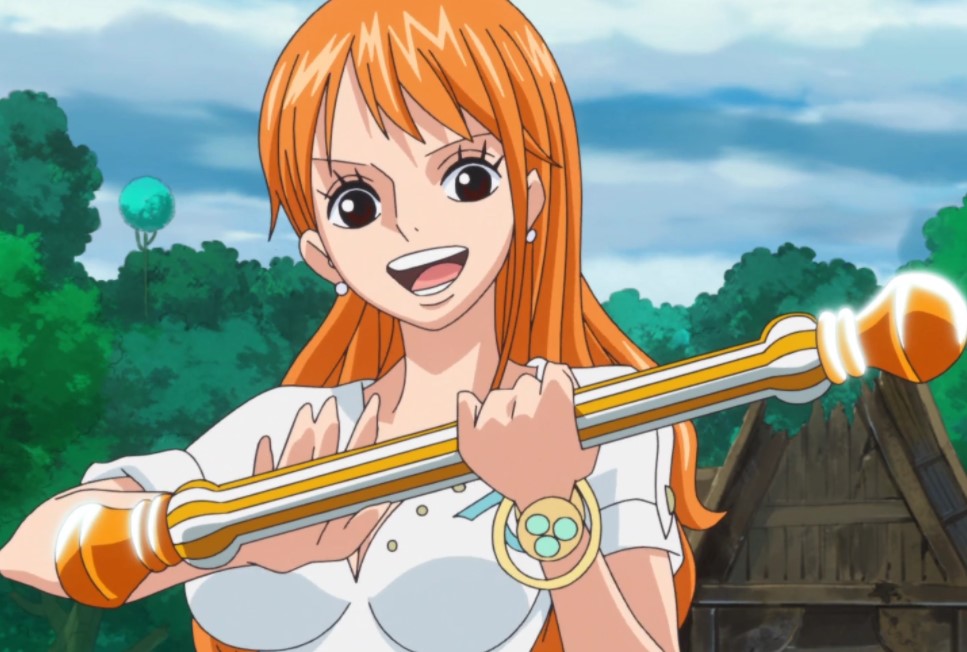 They reveal that Kin’emon is on his way to save Momonosuke. They told him not to bother going for Momonosuke. Zoro wakes up and suggests that they should help people on the Live Floor. Zoro falls asleep again. Meanwhile, Page One’s head is stuck on the floor with heavy injuries. Ulti got furious and attacked Big Mom. Nami comments that Ulti is responsible for Big Mom’s anger. Big Mom told Nami to shut up since she will deal will the Straw Hats later after taking care of those two.

Nami sides with Ulti after Big Mom scolds her. She told Ulti to help her take down Big Mom. Ulti also told her to shut up since they are next after dealing with Big Mom. Ulti unleashes Ulti-Mortar and knockdown Komachiyo, and slaps Tama. Big Mom gets angry and stood in front of  Ulti. Big Mom comments, how dare you hurt my friend, and Ulti replies, how dare you hurt my brother. Nami unleashes a thunderbolt and knocks Ulti to the ground. Ussop asks Nami if they are not running away.

Nami replies that there is no point running away, and she can’t see the kids being hurt. She comments that she will crush this woman here. There won’t be a break next week, and more spoilers and the upcoming chapter will be available soon, possibly during the week. Let’s meet next time with more updates about One Piece Manga.

We will update spoilers here as soon as they are released.

One Piece Chapter 1013 Release Date and Where To Read Online