The spoilers for One Piece chapter 1007 are out and continues telling the fight in wano. The last chapter brought more developments as fans expected more updates in Robin and Black Maria’s fight. But instead, we got updates from various battles in the castle. So it looks like the fight at the live stage where Marco fights King and Queen will follow next as Chopper works up the antidote.

This makes sense as we expect events like these to settle out first before moving onto other flights. Right now, Queen’s virus has affected a lot of people and would create a lot of unpredictable situations if it is not dealt with quickly. So this explains why the spoilers are giving it more attention.

This week’s spoilers released early as usual. And we have the chapter highlights as the full spoilers will release later in the week. Then by Friday, the complete raw scans will follow with full chapter details. So, for now, we will look at the earliest of the spoilers to release that are still promising more action from Marco’s fight and how Chopper will deal with Queen’s virus.

One Piece Chapter 1007 will officially release over the weekend. You will be able to read it online on VIZ Media and Manga plus official websites. The Onigashima arc has finally transitioned, and we will get to see how other fights are going on. More interestingly, it looks like the mysterious person that appeared at the Red Scabbards’ aid will finally come to light.

In the past few chapters, someone appeared before the Red Scabbards to help them. But we only saw their silhouette and still not sure who the person is. It looks like this will be an unexpected ally as the scabbards are surprised. 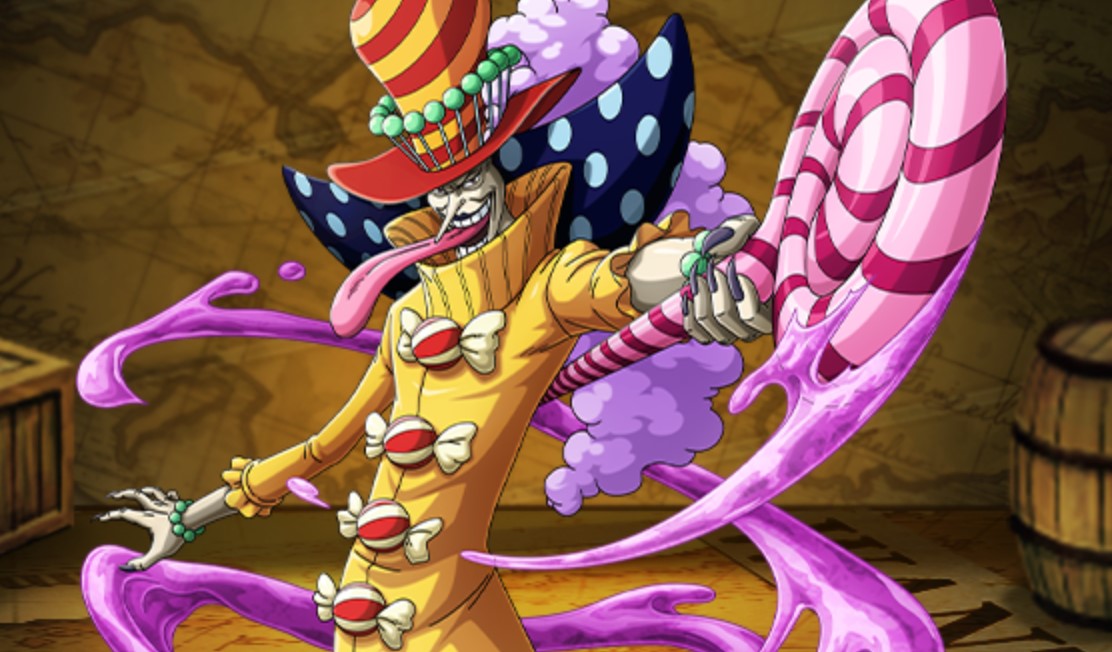 Detailed Summar is here, thanks to Redon.

In the cover, we see Ceasar giving gas balloons to little penguins.

The One Piece Chapter 1007 starts in the “Live Floor” with much action. We see that all of the Oniwabanshu and Mimawarigumi members who were on the Orochi side, and later on Kaido’s side, are defeated by Hyougorou. Apoo is shocked to see how Hyougorou was able to withstand the “Koorioni or Frost Demon” and used the power the virus brought out of him to do all this. Their ally, X-Drake, said he now understands why Wano country was feared throughout the world.

Hyougorou and the yakuza boss Oomasa are about to turn into Oni, so Yatappe and other yakuza are prepared to cut their heads. However, they keep are not able to bring themselves to do it; they are crying and hesitating, waiting for a miracle.

Kaidou’s subordinates, including Pleasures & Waiters, are begging Queen for help. Queen gets annoyed and jumps down from above. Queen says Pleasures are useless that can only laugh as they are the failed SMILE devil fruits, and Waiters are now useless too since there’s no more SMILE thanks to Law & Luffy. The “Koorioni,” which turns people into Frozen Demon, is the masterpiece that Queen specifically made to enhance them. At least, after becoming strong from demons, they can be more useful to the Beast Pirates because soldiers are expendable and can always be replaced.

Queen then mocks the samurai and tells them that they are wasting time protecting Tanuki. Queen also says that the Tanuki is also a pirate, and betrayal comes hand in hand with pirates, and he will just run off with the antibody since “pirates always betray one another.”

Yatappe (the yakuza standing behind Hyougorou) swings down his sword, but Chopper jumps in and blocks the sword in time. He then gives the antibody to Hyougorou of the Flower.

Then Miyagi and Tristan from the minks tribe, who helped Chopper make the antidote bring out a cannon and shoot it in the middle of the room. The cannonball explodes and becomes a huge mushroom cloud with Chopper’s face.

Chopper tells Queen that if he makes a normal antidote and distributes it normally, it is going to take long, and he will not be able to save everyone. So he used the antibody to create a new type of virus to counter Queen’s “Koorioni” specifically. Anyone who breaths in the gas is now cured with the antidote gas.

Queen is shocked and angry at the same time and questions how can a doctor of a shabby pirate crew possess this kind of technique. To which Chopper replies that all Straw Hat crew members have traveled around the different corners of the world to train themselves.

Chopper then tells Queen that a virus should never be used as a weapon! Eventually, the user won’t be able to control it!

Queen says, how come this tanuki dares to lecture him and shoots at Chopper, but Kaido’s crew members, more like ex-crew members, Pleasures block the bullets for him voluntarily. Kaidou’s subordinates in the room declare that they will quit Kaidou’s crew and fight to protect Chopper instead.

Marco compliments Chopper, then flies down to grab Queen’s neck, telling Chopper what he needs to do. Chopper eats a Rumble Ball and turns into Monster Form. Then Chopper slaps Queen so strong that blood comes out from Queen’s mouth, a side note that it looks like Chopper has been training very hard and is much stronger than he was before in the Monster Point.

Chopper then tells Queen, “And one more thing…I AM NOT A TANUKI!!!”

When they see Chopper’s slap, Marco The Phoenix, X Drake, the yakuza boss, samurai, Hyougorou of the flower, and Kaidou’s men, who are now on Chopper’s side, make awkward faces while thinking, “We’re so sorryyyyyy!!!”

Cut to Yamato’s side. Momonosuke is angry at himself, saying that everyone is overestimating him, but actually, he’s weak and useless. Shinobu says he’s admirable enough; Momonosuke shouts that he isn’t at all. Then accidentally, Momonosuke transforms into a dragon and slips out of Yamatos’ shirt.

CP0 leader: “Now that I think about when the Marines caught Kaidou it in the past, Vegapunk extracted samples of his “lineage factor” and used them to create a man-made Akuma no Mi. The World Government asked Vegapunk to give it to them, but Vegapunk insisted that it is a “failed experiment” and kept it at Punk Hazard.”

CP0 member: “Why are you bringing this up all of a sudden?”

CP0 leader: “Punk Hazard already exploded, and hopefully, the Akuma no Mi was destroyed along with it. However, according to the G5 report, one of the facilities is still working after the explosion. So there’s a chance the fruit survived. At least I’m glad that the fruit is just a “failed experiment.””

Cut to Red Scabbards room. They are all awake and wondering who treated their wounds.

Kawamatsu: “I thought I saw….but it must be a dream. It cannot be possible!!”

Kinemon: “The fight is still going on! Let’s get out of this room and help the others!!”

Suddenly, a shadow appears at the door.

Mysterious person: “Well, it seems you all are in pretty bad shape!!”

The mysterious person is revealed… he’s Kouzuki Oden!!! He’s young and looks exactly like Oden before his death. He wears 2 katana that are not Enma and Ame no Habakiri.

We have managed to get these spoilers thanks to the One Piece subreddit.

This will be all from the spoilers for now. And as usual, we know that once in about 3/4 weeks, the manga goes to a break. And since the chapters have been releasing for a while without breaks, then it is finally the time for yet another one of those regular breaks. This is Oda’s personal break, so we should expect more from the manga after this one-week break ends.

For now, the major update that we will be taking with us to the break is that the Red Scabbards have met a surprising ally. So more on this when One Piece chapter 1008 spoilers release. That will probably be next week Monday at the earliest, but it could be as late as the Monday after that. So hopefully, One Piece Chapter 1008 spoilers will release early next week.