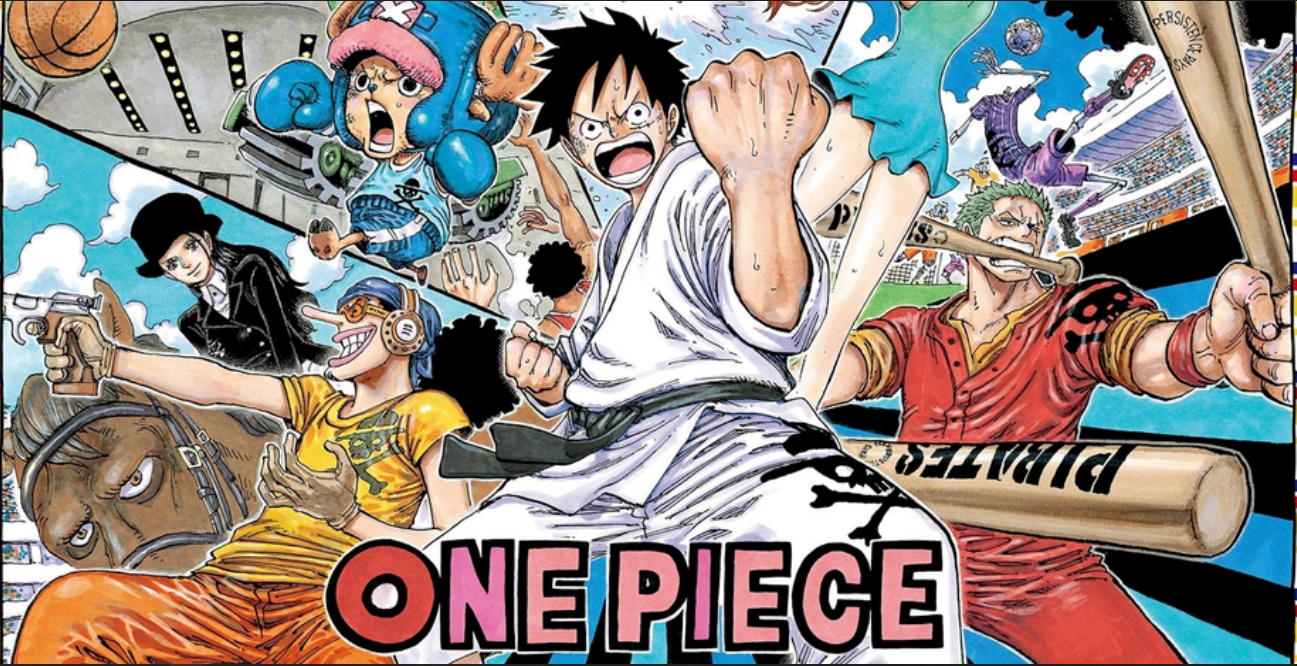 The spoilers for One Piece chapter 1000 have released very early and with them came a lot of updates. Fans have been eager to see what big reveal was coming. And now that the spoilers are here. We have also found more updates on the release of the upcoming chapters. We won’t look too much into the spoilers but we will see how the manga schedule will continue. We already have most updates when it comes to the release of chapter 1000 and that has been confirmed in the previous chapter. And the early leaks have some interesting news on One Piece Chapter 1001. The spoilers are already making headlines and if you haven’t checked them you can go and have a look at One Piece chapter 1000 spoilers.

One Piece chapter 1001 will be released on 17 January 2020. The official release date for the chapter is not yet released. So this is simply an extrapolation on the usual manga schedule which runs on Sundays. One-piece Chapter 1000 will be released together with the next WSJ issue and will instead release on Monday as it is the usual WSJ release date. After that, the manga will go on another WSJ break so the manga will return a week after that. Getting back to the usual manga release on Sunday and then that is when we will get the One Piece 1001 release. 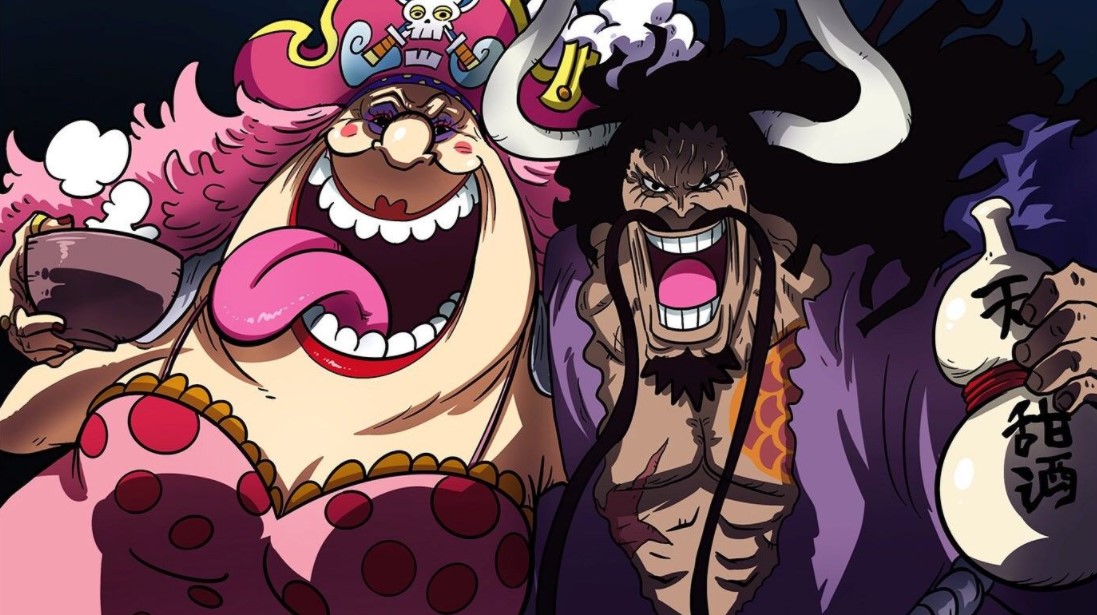 One Piece 1000 spoilers have been partially released and are not yet complete. Since the manga is currently on a WSJ break we will be getting full spoilers by the end of this week. Then we will have to wait another week till the release of One Piece 1000. At least we will get enough time to reflect on the spoilers before the chapter actually releases. On the latest updates of the spoilers, things got more interesting. Earlier in the week, we got leaks about the name of the chapter. And then a little later than that we got an insight into the raid as Luffy and his allies finally reached the top floor and are now facing Kaido and Big mom head-on.

The fight has finally started and Kaido and Big mom now intend to take things more seriously. We also saw Law, Kid, and Killer making their way to the top. Marco successfully brought Zoro on the top floor and now it is the supernovas versus the two Yonkos so this will be one of the amazing fights we have ever seen in One Piece. We also got to see the updates on the flashback where Ace was talking with Yamato. He had told Yamato about Luffy, that he is coming and will be the king of the pirates.

He told Yamato not to laugh at Luffy’s dream, and she respected that as she acknowledges that and added that even the King of the pirates used to say that. We also got more updates on Oden’s logbook that the fated pirates that will liberate Wano will arrive in 20 years. And now that 20 years have passed, it appears that the supernovas were the ones being referred to. We also got to find out that Yamato had given Ace her Vivre card at their last meeting.

The highlight of the updates now is the new technique that Luffy has just used on Kaido. It was on gear three-level so he might have applied his newly learned Ryou and combined it with his ordinary gear three moves and managed to land a blow on Kaido. Big mom seems disappointed as she asks Kaido why he had let such an attack hit him. Kaido and Big Mom are yet to make their moves and it will likely be something worthy of their titles as the Yonko.

Upon seeing Luffy and his fellow supernovas arrive at the top floor. Kaido is irritated and asked Luffy to say again what he wants to become. He replied that he will be the king of the pirates right before he unleashed his newly learned technique. We are yet to find out more about this new technique but he called it Red Rock. More updates on the spoilers will come within a day or two and then we will get more details about the fight that had just started.

The Strengths of the Supernovas 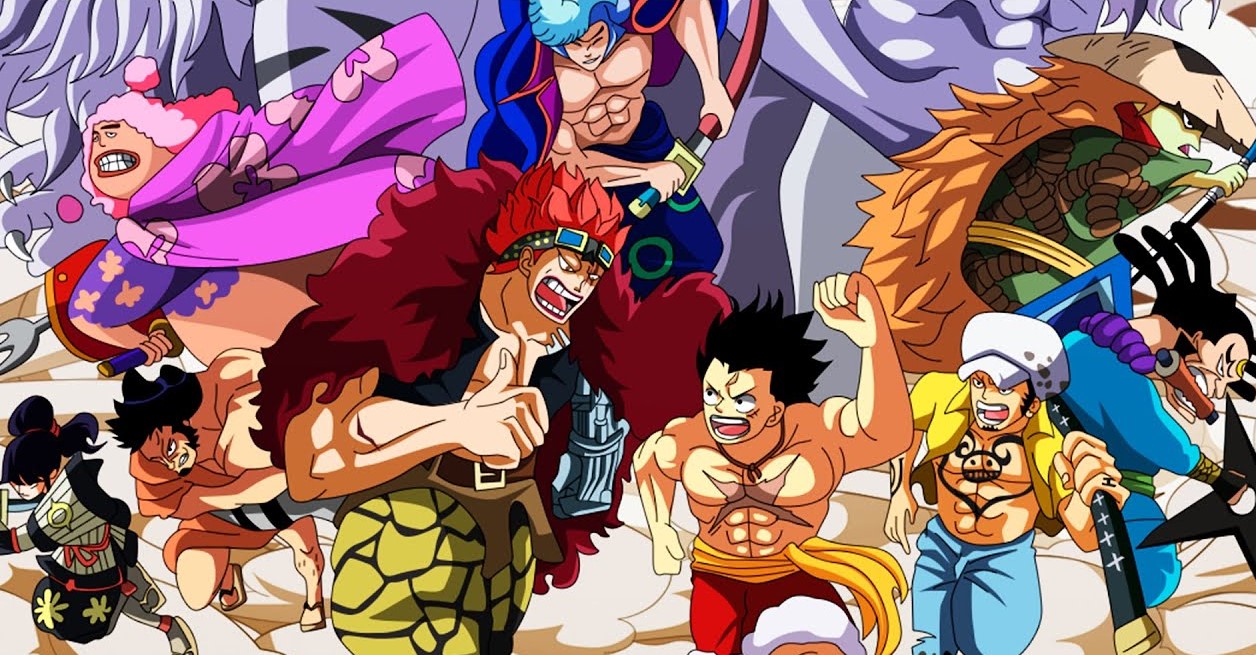 About the strength of the people fighting on the rooftop, we have already seen Big Mom and Kaido’s strength. We managed to get a glimpse of Big Mom’s strengths and devil fruit powers in the Totto land arc. But Kaido, we have not seen that much of him except for his transformation. But them being Yonkos simply means the chances of supernovas winning are very slim. Also, Law had said that this will be like a death wish. But now that other supernovas like Kid and Killer have joined. This slightly gives them an advantage.

So far we have seen most of Luffy’s powers but we know in this fight he is going to surpass his usual self and come up with something new. Zoro has been away and we haven’t seen him in a serious fight yet. So we are yet to see what he has learned when others were at Totto Land. The last time we saw Law go full power was at Dressrosa where we saw the extent of his strength. So we are yet to see what improvements he has made in his powers.

Kid and Killer are completely new to this and we don’t know how powerful they are yet. We know they survived fighting Red Hair shanks but Kid came back with one arm. And them being supernovas and that they have survived torturous experiences in Udon then means they are all on the same level. And now the fight has turned into the two Yonko vs Luffy, Law, Zorro, Kid, and Killer. Now that’s something to look forward to. We will get more updates soon when more spoilers leak.

You can read the latest One Piece manga chapters online on the VIZ Media and Manga Plus official websites. New chapters are released on Sunday unless there are breaks upon which announcements are made in advance. You can also access the manga on smartphone apps for these respective websites and you can read up to three of the latest chapters for free. The website is releasing the previous chapters for free each week in a celebration of reaching 1000 chapters. So make sure you read your manga from the official sites as this supports the manga creators.