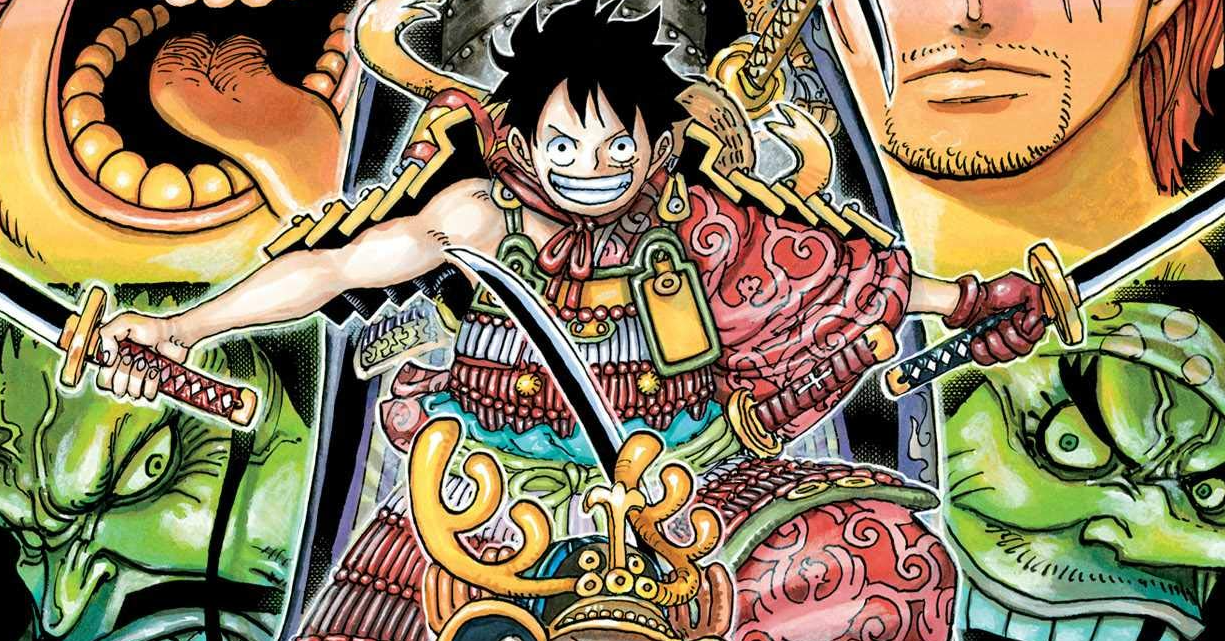 The full spoilers for the upcoming One Piece manga chapters have been fully revealed and that just means we are through for the year with One Piece manga chapters. The count down to One Piece Chapter 999 is only one chapter away. But due to WSJ’s upcoming break, One Piece 1ooo will be released when we return after the break. The fight in Onigashima will now be entering new heights. What was happening up to now could just be considered as a warm-up for the Tobiroppo and Kaido as they have now transformed to their most powerful and are ready to fight seriously.

Kaido and Big Mom have now rejoined and in the spoilers, they were seen reminiscing together while waiting. It is not yer revealed what has become of the red scabbards, but it’s likely to be bad news. The last time they appeared, Kiku was left with just one arm. And now that Kaido is relaxing and no longer fighting them, then this could suggest a lot. One Piece chapter 1000 will be a major breakthrough not only in the massive number of chapters released but also in what it will be revealing. Let’s look at more details of the chapter below.

One Piece Spoilers are Now Out –

One Piece Chapter 1000 will be released on 04 January 2020. The chapter will be released together with the upcoming WSJ issue. So for the next chapter, the manga will not be releasing on Sunday like usual. The good news to those who follow spoilers though is that they will be releasing early. Around the 24th of December 2020. So while we wait for the upcoming chapters we will be entertained by the spoilers which will have a lot of major reveals to make. Although the full spoilers have been released already, One Piece Chapter 999 will be officially released this weekend. Let’s take a look at the major updates from the manga spoilers:

One Piece Chapter 999 is titled “The Waiting Liquor I Made For You.”  The main point of the chapter is focused on Yamato, Ace, Big Mom, and Kaido. We get to know that Yamato and Ace fought and became friends, when Ace arrived in Wano, he went to Onigashmina to rescue kidnapped children from the mainland of Wano. It is also confirmed in this One Piece Chapter 999 that during the time Portgas D. Ace visited Wano, Kaido was on an expedition, and was not in Wano.

We get to see the talk between Ace and Yamato and how she wanted to set out to sea like Oden and live freely, there is a small fight between Ace and Yamato, after the fight, they get close to each other and drink together, ultimately becoming good friends. And as we all know, how much Ace cares about Luffy and loves to talk about him, he talked to Yamato about the young pirates of the sea, as well as his little brother Monkey D. Luffy. 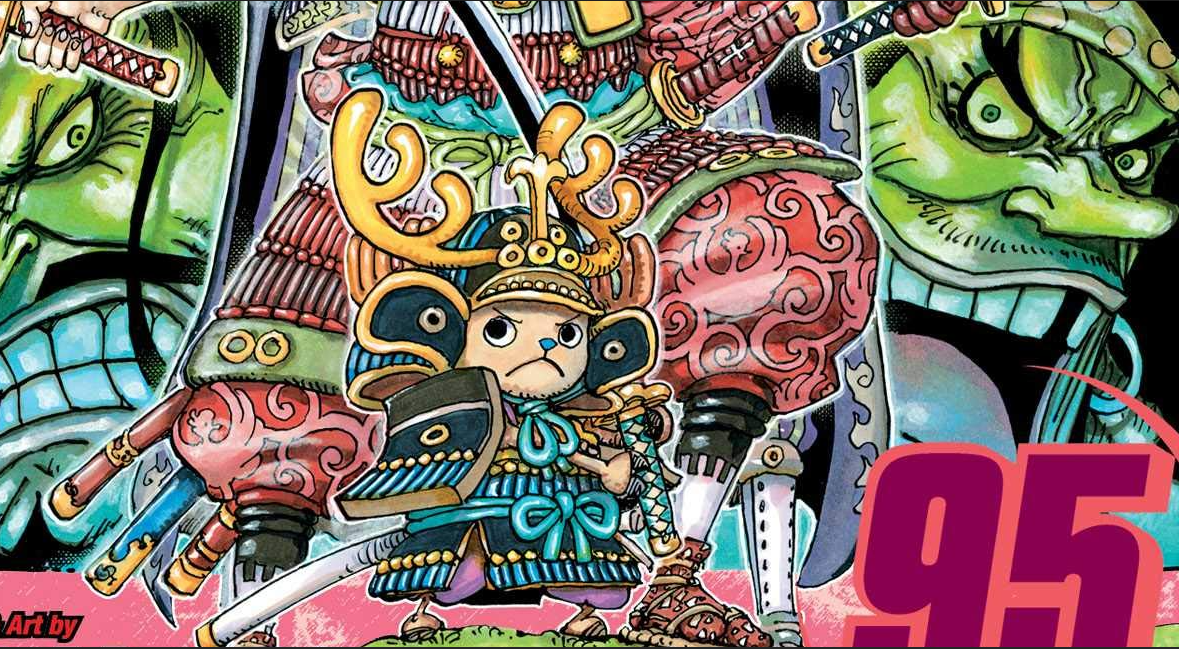 Coming back to the present times, Yamato tells Momonosuke that she is Kaidou’s daughter. This had him scared but she calmed him so he understands what is going on. Meanwhile, Tama talks to Nami about how she wants to be a kunoichi and the promise that she had made to Ace. Nami tells Tama that Ace was Luffy’s brother.
On the life floor, Queen tells his subordinates to stop Maron who was taking Zoro to the roof. Marco tells Brook and Robin to run into the castle and then took Zoro and heads for the ceiling.
Marcon reminisces about his days with White Beard Pirates. Ace asks Whitebeard to attack Kaidou since he has a promise to fulfilled. Izou and Marco explain that they only knew about Oden’s death years after it happened. After that, they talked about attacking Wanokuni many times but stopped since they know what will happen if they attack Kaidou, there will be many sacrifices.
Ace asks Whitebeard to let him go alone. whitebeard is angry saying Ace is ahead of himself thinking that he can defeat a man Oden couldn’t win against. Then he beats up Ace. Teach laughs and says he understands Ace wants to get a “big-name’s head”. Marco replies that is not what Ace is after. Marco and Izou talk to Ace, they say that as soon as WB gives an OK sign, they will go with Ace to Wanokuni.

Back to the present. King and Queen transform into dinosaurs and block Marco. Queen has guns in his mouth and shoots Marco, but bullets run through him. Queen and King say to Marco that it’s no use now, the samurai will be dead soon and, after Momonosuke is killed, the war will be over. While Marco grabs Zoro with his legs, he replies.

Marco: “If you think it can end that easily then you’re too naïve. What you’re fighting against is the”new era” itself!!”

Cut again to Yamato and Momonosuke. Yamato tells Momonosuke that Ace is Gol D. Roger’s son and the “sworn brother” of Luffy.

Yamato: “Out of all the pirates in the world, the one who you found and brought to Wanokuni is Luffy. This must be the work of fate itself. After all, Luffy has a “D” in his name…!”

When Yamato finishes, she pulls out Oden’s journal.

Cut to Onigashima’s rooftop. Big Mom is waiting for Luffy with Kaidou. Zeus and Prometheus ate cloud and fire so now they are back to 100% strength. Big Mom says Kaidou can kill whoever he wants but he must leave Nico Robin alive.

Kaidou: “Isn’t there a three-eye race girl in your crew? Can she not read the ancient letters?”

Big Mom: “I don’t know but I can’t wait for her eyes to truly open anymore.”

Big Mom asks where Kaidou intends to drop the island. Kaidou replies he’ll drop it on top of the castle, the symbol of Kozuki.

Big Mom: “So is the Road Poneglyph there?”

Kaidou: “Isn’t it a bit too fast to reveal your true intention?”

Big Mom: “Don’t look down on me! Even right now, I still regard you as my younger brother. Remember, the day Rocks fell! I was the one who gave you, “Uo Uo no Mi, mystical-type” (Uo=fish) on God Valley!! That is the debt you will owe me forever.”

Kaidou: “Say whatever you want. Let’s just deal with it after…”

Big Mom and Kaidou: “We found the One Piece!!!”

A previously revealed, there will be a Shonen Jump break next week. So the earliest updates we will get will be from One Piece 1000 spoilers released on 24 December 2o2o.

You will be able to read the latest chapters of One Piece online on the VIZ Media and Manga Plus official websites. You can also access the manga via the website’s respective apps on smartphones. So make sure you use these official sources to read your manga as this supports the manga creators.