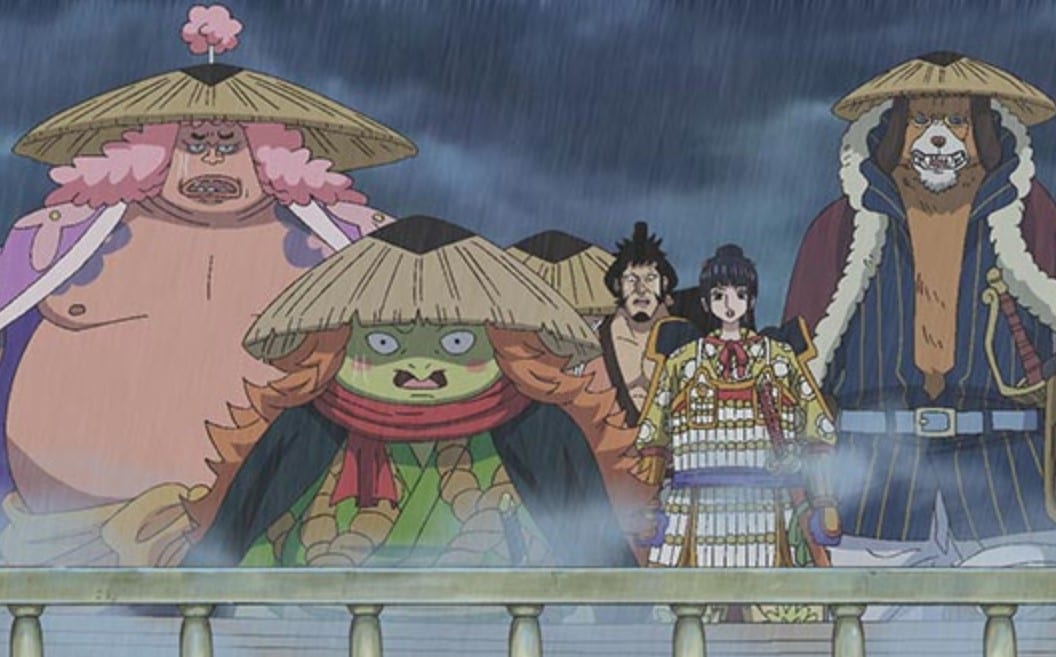 The journey of Monkey D. Luffy continues as the Raid to Onigashima has begun. Finally, One Piece Anime has entered an era where everyone has been waiting for; this is when the Straw Hats head to Onigashima to search for the head of the Beast Pirate named Kaido. The Samurai had made their first move and outsmarted Orochi. However, it is time for Orochi and Kaido to make their moves in welcoming the Samurais to Onigashima. One Piece Amine has so much to reveals for the upcoming July month. Let’s start by taking a look at the recent episodes of One Piece.

The Akazaya members, also known as the Nine Red Scabbards, assemble at the port, but they saw no Samurai sign. Kinemon thought it was over for them, but he decided to attack Onigashima despite being outnumbered. Momonosuke, the future Shogun, though it was not a good idea, the Akazaya members chose to advance. On their way to Onigashima, they find that a spy is leaking their information. Kuku question Kinemon bout the spy issue and Kanjuro unveil himself thinking that the Akazaya members got conquered. However, Kin beheads fake Kanjuro, who appeared at the port, and kidnap Kinemon.

Surprisingly the Pirates of the Worst Generation arrives and rescues the Akazaya members from Kaido’s men. Kaido’s underling got stunned, thinking that they got rid of ”Sunny.” But the Straw Hats explained everything and why they are late to start with the Onigashim Raid. The Samura punished Kaido’s men, and the old-time friend appears, but no one recognizes him. After unveiling himself, everyone is glad that Denjiro, AKA Kyoshiro, is alive. Let’s take a look at the schedule below.

We will start by looking at the last episode for June month: One Piece Episode 980 release date is 27 June  2021. The episode is titled ”A Tearful Promise! The Kidnapped Momonosuke!”. Kawamatsu tried to fight with Kanjuro, who fly using a bird that he draws. Kanjuro shouts at Kanjuro, who tries to fly away with Momonosuke, and comments he can’t believe that Kanjuro drew a bird that flies so beautifully since all the drawings they saw were ugly and useless that dissolve in water. Sanji will step in to rescue Momo, and Zoro will also join the battle. They will try to save Momonosuke at any cost. 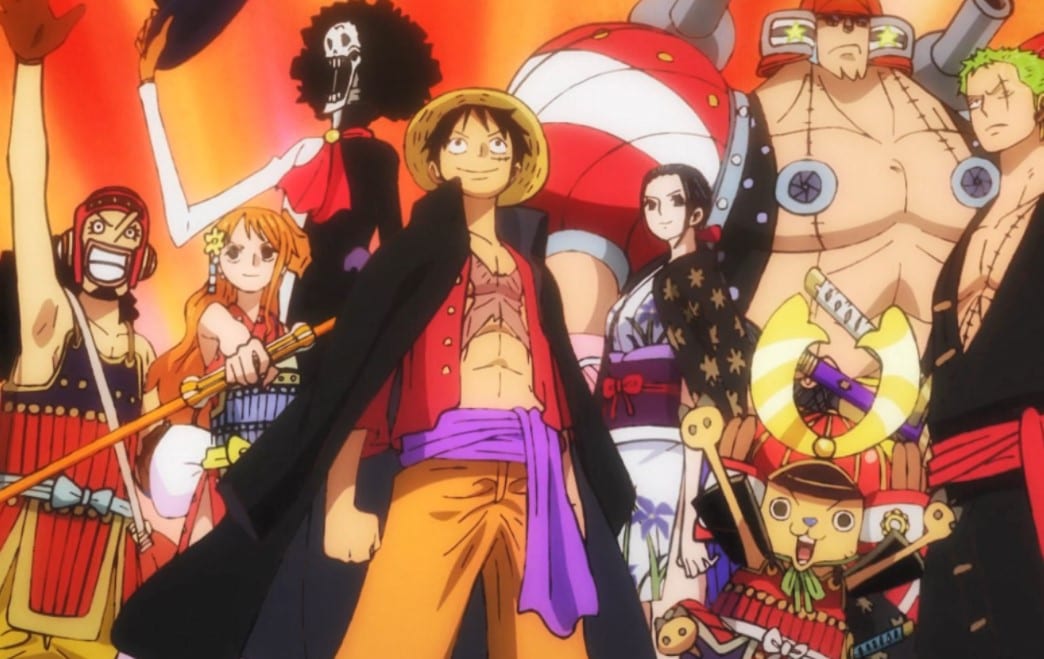 For July month, One Piece Anime will kick off early with One Piece Episode 981 release date is 4 July  2021. The episode is titled ” A New Companion! Knight of the Sea Jinbe.” Jinbe, the former captain of the Sun Pirates join the Raid to Onigashima. The Straw Hats gets excited to see their long-time friend. Meanwhile, the Akazaya members devise a plan to invade Onigashima. So Luffy and the rest will head to Onigashima to start the great war.

The greatest battle has begun, and the Samurai had prepared for it; Kaido and Oroichi’s plans are getting foiled one by one. Orochi is angry that the past has returned to haunt him, and it is those guys he failed to capture twenty years ago. Luffy, Zoro, Sanji, and the rest of Straw Hats will show new tremendous powers as the battle begins. That was all about the upcoming episode for July months. You can watch One Piece online on Crunchyroll, Funimation, and AnimeLab. Also, read Spoilers & Recap: One Piece Episode 980.