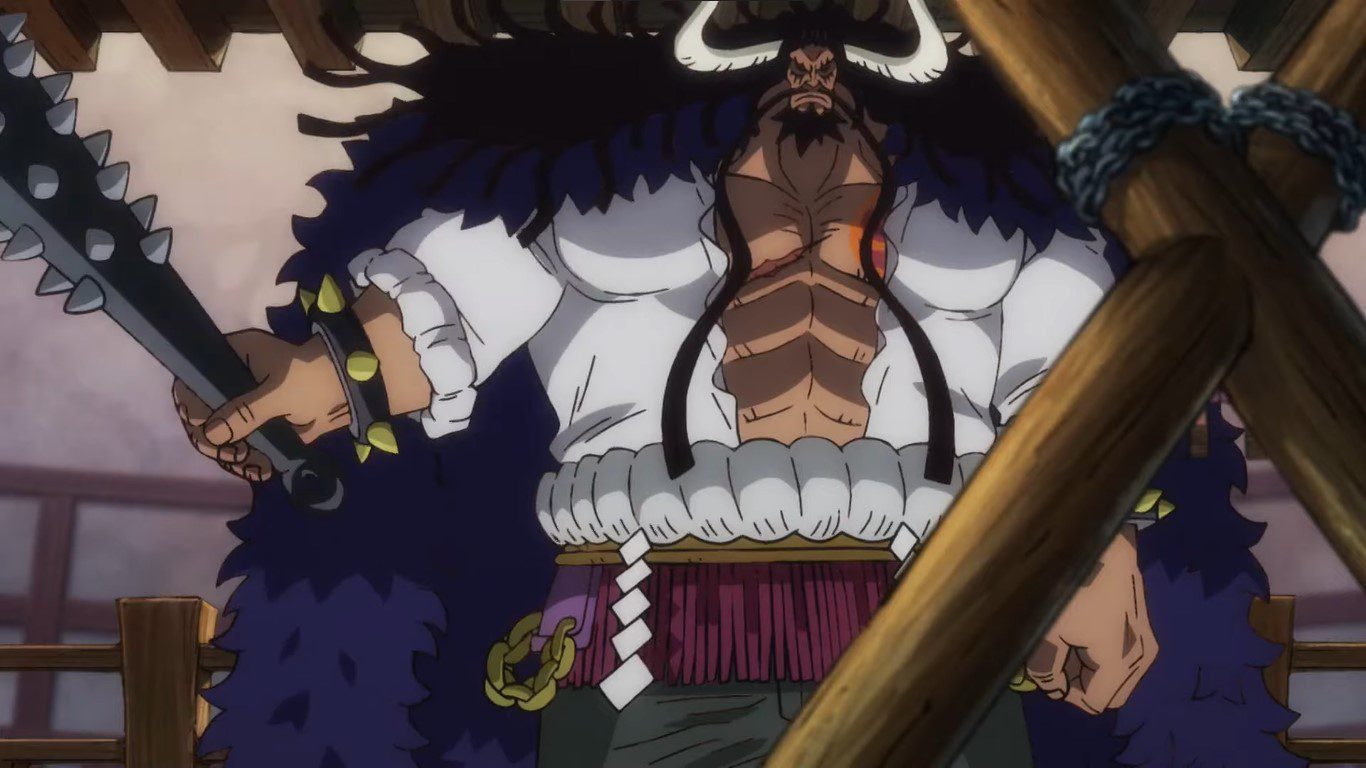 One Piece October 2021 schedule for the anime will continue on the usual weekend dates and it looks like there would not be any delays to the episode releases. The recent episodes of the anime saw a change in momentum of the Onigashima raid that had just started a few episodes ago. So for the month of September, we managed to see how the Samurai and its allies managed to sneak into the fire festival without attracting much attention.

Now we have already received all episodes for September. And it looks like things will get more intense in October as Kaidou has made his move. Momonosuke was successfully delivered to Orochi, who decided that it would be interesting to handle his execution on the live floor. Meanwhile, Big Mom was preparing for a grand gesture as she caught some of the straw hats that were sneaking around the western entrance.

Similar to Manga, the anime has entered an exciting territory. We get to hear Kaidou address everyone at the fire festival for the first time. All this time we saw Kaidou, it was for a very short moment. But now we can tell that he will be appearing more often as he is the main center of attention. He recently announced his New Onigashima project designed to counter the Marines who are proving to be enough of a threat to him.

So to do this, he will be allying with Big Mom pirates as they have earlier agreed that they will kill each other after conquering the world. At the moment, Kaidou is on the performance floor where Queen was hosting his show earlier. Momonosuke is due for execution while the scabbards fight Kanjuro on the back entrance. One Piece anime will continue this weekend, and we’ll see the release of the first episode for the October schedule.

New episodes for One Piece anime will be broadcasted every Sunday as it has usually been. So to see how the episodes will be lined for October 2021, we will just have to extrapolate the anime episodes over the Sundays for the month. Usually, the anime runs without any delays, so hopefully, things will continue as they usually have been. In rare cases where the episodes might be delayed due to some reasons. Then we will also update the schedule accordingly. The episodes lined up for October 2021 broadcast will be as follows:

Information courtesy of ClayStage, so by the end of the month, we expect a lot of developments towards the raid. Even though Kaidou has appeared on the live floor where everyone can see him. Luffy doesn’t strike him directly as he is still busy with Yamato. We expect the scabbards to make their entrance soon as they are only occupied by Kanjuro alone. Meanwhile, Law moved elsewhere as he said that he had some business to attend. It is not yet clear what he is going to do, so we might get to find out later on. 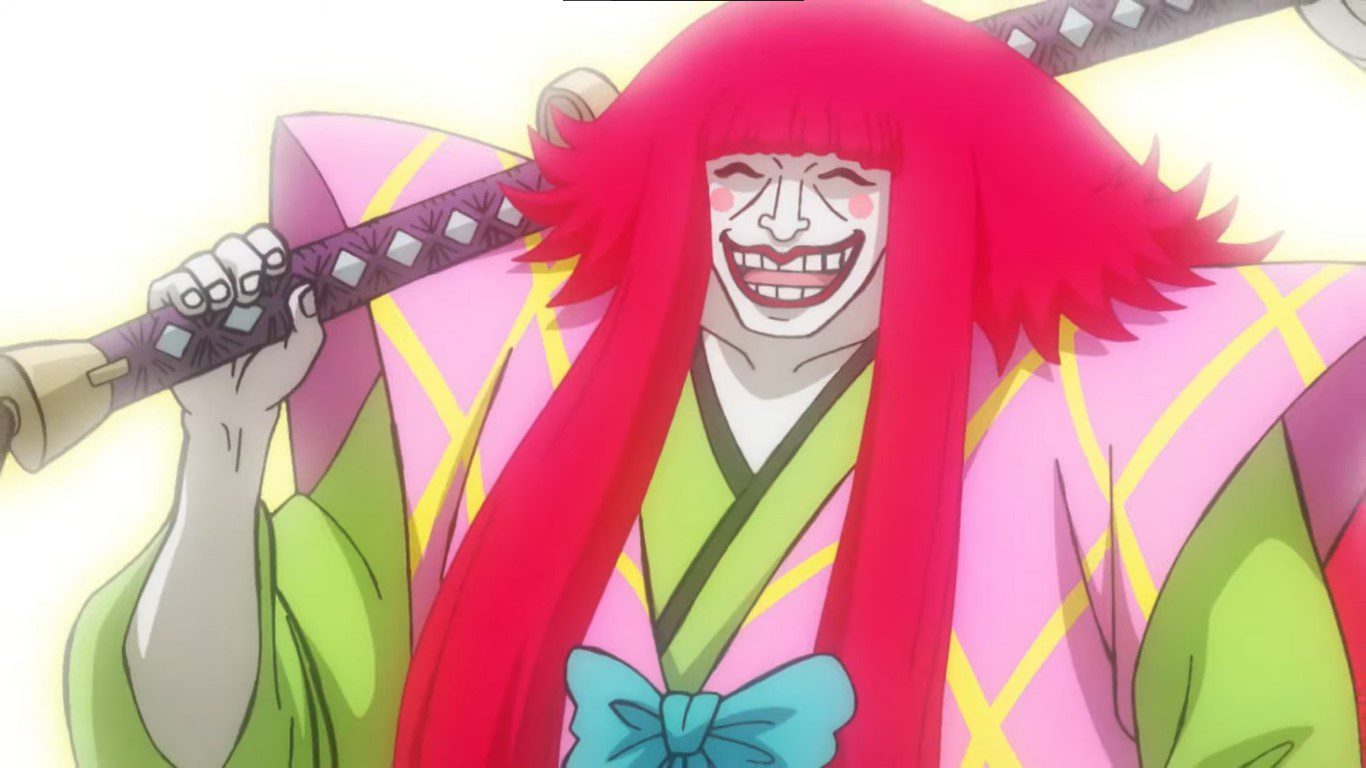 One Piece anime opened up the month of September by introducing Yamato as she appears before Luffy. At the moment, she looked happy to finally meet Luffy and later on unmasked her face making it the first time she would appear without her mask in the actual anime episode. Luffy was rampant on the live floor as he met Page One and Ulti, who was giving him a tough time. So Yamato came to his rescue.

Then, later on, Luffy took Yamato as an enemy after she introduced herself as Kaidou’s son. They engaged in a short bout as Yamato managed to match every attack that Luffy threw at her. So his only option was to listen to what Yamato has to say. After a brief negotiation, Luffy agreed to listen to her but told her that he was running out of time, so she had to make it quick.

This is where the anime started to connect the dots to the past. About who Yamato is and why she wants to revolt against Kaidou. Meanwhile, we saw the Samurai and their allies making their entrance in Onigashima. Nami and Kinemon’s group managed to catch the attention of Big Mom, so they have a tough time trying to escape her. Law and the Scabbards also arrive via the back entrance, but Kanjuro already lies in wait.

So as soon as they land, Law leaves them to do his own business while Kanjuro confronts them as he explains what’s happening inside. He told them about how he handed Momonosuke for execution, and he could be killed at any moment. Back on the live floor, Kaidou arrives in person which has his crew cheering. So without wasting any time, he announced his new Onigashima project that will have the beast pirates team up with Big Mom pirates for their world domination quest. This will be a move to counter the Marines who have recently gained Kaidou’s attention. So this explains why he needed an army of devil fruit users through his artificial slimes.

At the moment, they already got the numbers advantage, and joining up with Big Mom pirates will have them as unstoppable opponents. As he announces, this Big Mom, who has just captured Carrot and Nami, appears, meaning that things are not intense on the live floor. Both Kaidou and Big Mom are present as Kaidou will continue revealing what he has planned. 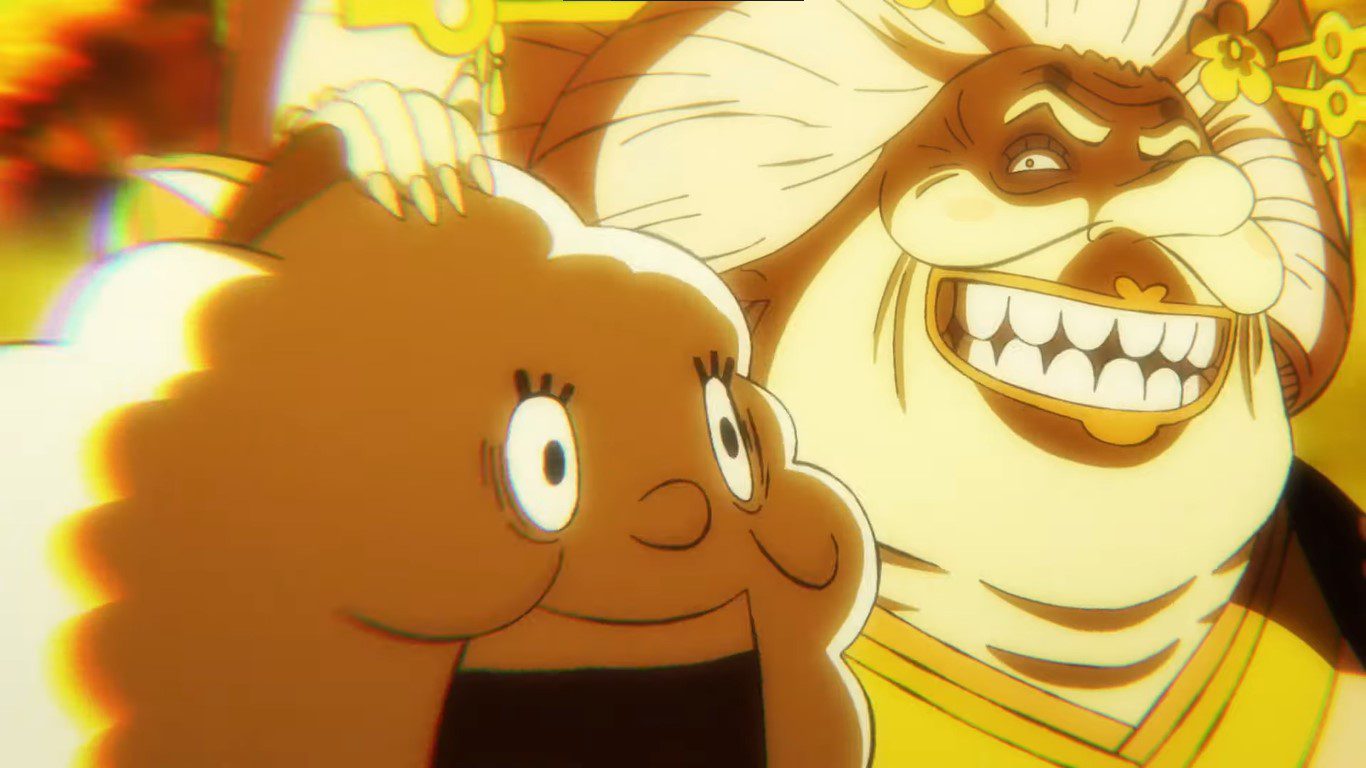 At the moment, things are not looking good for Momonoske’s retrieval team. Momonosuke is held at the crucifixion stand on the live floor. And two of the Yonkou are present, so he is currently at the most difficult place one could try to get to in One Piece. But seeing how all this will play out should be interesting. It will all depend on what Kaidou will do next, so they still have a bit more time as Kaidou still talks about how he has joined sides with Big Mom.

The anime is currently adapting the manga at a slower pace due to a lot of action that each chapter carries. This is because of more fighting scenes that have covered the recent episodes, and at this point, we can already tell that more fighting is yet to happen. Looking at the upcoming manga chapters to be adapted, we already know that the most epic moment when the scabbards attack Kaidou will be coming soon. It was a great scene in the manga, so we can’t begin to imagine how that will look like in the anime.

One Piece episodes are broadcasted every Sunday online on Crunchyroll, Funimation, and AnimeLab. Those are the main streaming platforms that cover most regions, but there are also region-specific channels that you can use to watch One Piece anime.

You can watch One Piece anime on Hulu, which covers the USA regions. One Piece episodes are also available on Netflix on regions in the Latin Americas, and for Asian and South Asian territories, iQiyi covers areas like Thailand. At the same time, Wakanim is also available for areas like the Philippines.

One-piece episodes are available in both subbed and dubbed episodes across most of these platforms. As usual, you will be able to watch free One Piece anime episodes on Crunchyroll via a free user account which releases new episodes after seven days they are released.