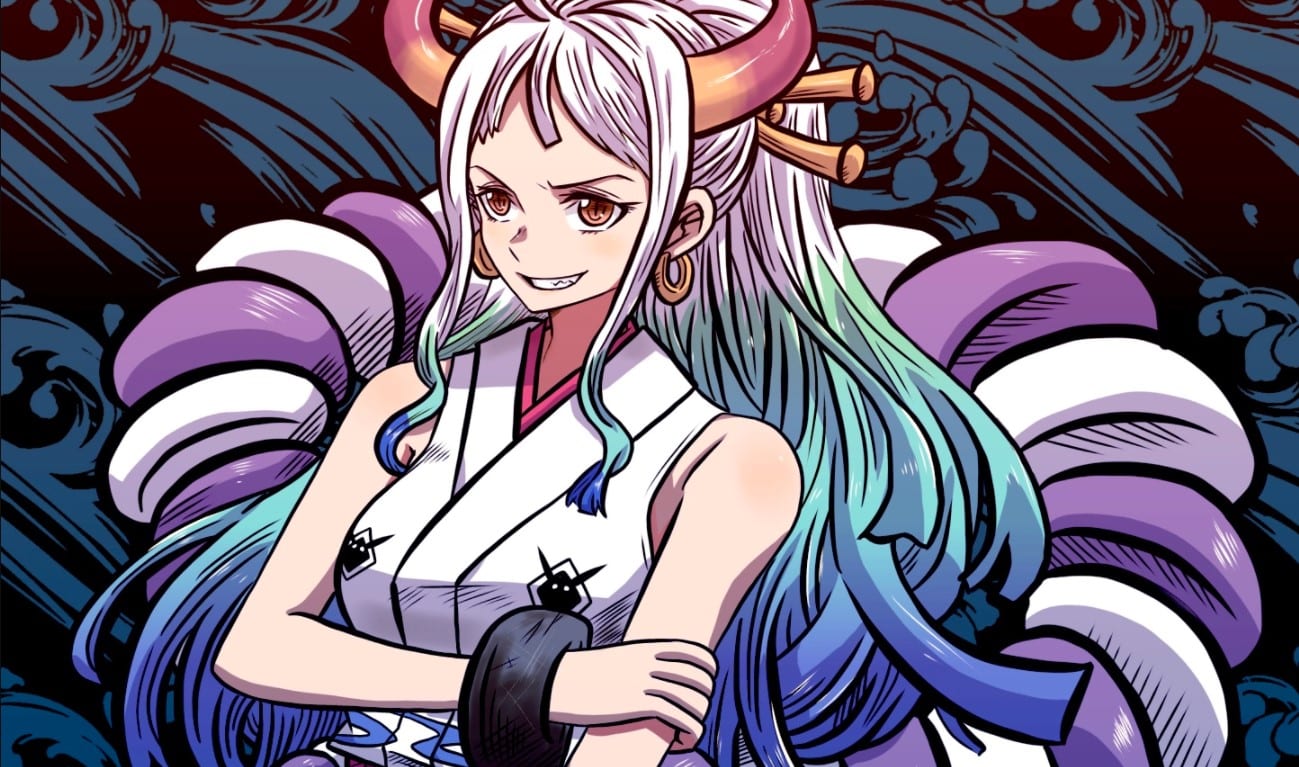 Yamato and Kaidou’s fight receives some attention once more. Hopefully, this time, we will get to see more of it. But as Kaidou’s Tobiroppo falls one after another, maybe this creates some time for Yamato and Kaidou’s fight to continue. The latest chapter updates from the manga have hinted yet again at the updates of the long-awaited fight as it will determine the direction of this war.

On the other hand, Big Mom is still running rampant, and with Sasaki and Franky’s fight seemingly reaching an end, we can look forward to more of Yamato and Kaidou in the upcoming chapters. We have received full details of the upcoming chapter, and with the impending Olympic break, it will be a while before we get any updates about the manga chapter.

With all of the information on the upcoming chapter clear, it’s time to look at the highlights and what this could mean for the upcoming chapters. So if the two recently fallen Tobiroppo won’t be joining in the battle once again, things moved a little bit faster than what we have expected so far.

Build up to Yamato Devil Fruit and Kaidou’s Fight

Taking a look at the developments before the dramatic end of the upcoming chapter, we have seen positive developments towards the Samurai side. Many Kidou’s comrades are falling, and on top of that, the Gifters are shifting sides. Four of that flying six have fallen while X Drake defected. So basically, the Tobiroppo is finished unless we see some strange turn of events that would have them up and fighting again.

Things have been too easy for the Samurai side, with Jinbe seemingly taking out Who’s Who unscathed. Ulti and Page One have fallen thanks to Big Mom’s interference, and with X Drake’s issue out of the question, this leaves only Black Maria. This means that we might get developments towards that end as the frontlines of the battlefield open up. Luffy has recovered, so we should also expect him to join in soon. We have not seen some action from King, so we should also expect to see more scenes.

But for now, let’s look at one of the major highlights of the upcoming chapter that will continue towards August and will make things more interesting. The clash between Yamato and Kaidou continues, and on top of that, we got to see Yamato Devil Fruit’s full transformation and its hybrid form. Kaidou is the one to break out important news once again, and it’s related to Yamato Devil Fruit. First, he revealed that it was very difficult for him to get that devil’s fruits, so this makes it even rare if it was so difficult for Kaidou, who specializes in weapons, to get such a fruit. We also found out that Yamato did not intend to eat it and hates the fact that she did since she cannot swim because of it.

A Look at Yamato Devil Fruit and Hybrid Form

Even though Yamato Devil Fruit seems to be great, we learned that she ate it unintentionally. We also got to find out that Yamato has been intentionally staying in Wano so that she defeats Kaidou and can finally carry out Oden’s wishes. So the handcuffs restraining her did not do much, which implies that she could have left any moment she wanted to. Towards the end of One Piece, 1019, Yamato transformed into her hybrid form and was ready to go full power against Kaidou.

Kaidou responded by doing the same, so the very end was the showdown of their Hybrid forms. It looks like this was not Yamato’s first fight with Kaidou as she pointed out that her previous defeats against Kaidou had helped her become stronger. Taking a closer look at her transformation, the Yamato Devil fruit name was not revealed in the chapter. So we should expect it to be fully revealed soon, hopefully in the next chapter. So that is where we will get to know its full name and model, and maybe a little on how hard it was and what happened until Kaidou got it.

Taking a closer look at Yamato’s appearance in her hybrid form, she appears to have a snout like that of a fox, but it’s shorter. It’s more like that of Wanda from the Minks. She also has sharp pointed long ears and two horns similar in design and position to Kaidou’s hybrid form. Her body has fur, and her hands are long with claws.

Yamato’s Hybrid form still retains the hind legs of her animal form, and her body has flames at some places. The smoke like that her transformation leaves behind looks like the one that comes after 0f Luffy’s gear 4 transformations. Yamato also has flames coming from her elbows and knees.

What is Yamato Devil Fruit Name and Model?

Yamato Devil Fruit’s name and model are not yet revealed at this moment. The latest spoilers for this week’s chapter have revealed her full hybrid form, so the only missing thing about her devil fruit is its full manes and model. So that will tell us a lot about her fruit, and one thing we are looking forward to is all the trouble that Kaidou said he went through to get it.

Towards the end, Yamato revealed that she stayed in Wano to defeat Kaidou, so their confrontation should be interesting this time. This is one of those unknown territories that the manga has entered around recently. Ever since the final confrontation with Kaidou started, this has been the norm; we have seen many such occurrences lately. But they should be reaching their end since we are covering all of the Tobiroppo and the All-Stars one by one.

This only leaves us with the devil fruit of Yamato only in the Beast Pirates so far. We will be looking forward to the event, especially when its full potential is finally revealed. This will mean that the manga will be picking up pace soon, with most of the Tobiroppo defeated. This now leaves only Black Maria and the rest of the all-stars who are still standing.

One Piece Manga Builds up to August Chapters

Soon we will see the intense development of the manga, and maybe we might see the start of Act 3 soon. The action that has been going on lately really signifies the end of something. And if that’s not the end of Act 2, then I really have no other idea. We might not know when that might happen, so let’s just leave it for another day as we try to see what these things are trying to build up to.

One Piece Chapter 1019 will be the last chapter of July, so more developments will come in August for the official releases, and then for the spoiler,s we should expect them in full on the last week of July. Hence, until then, we have to look back at the recent manga chapter and see how far the manga has gone. More enemies are falling; well, it is happening on both sides, but for now, things are on the Samurai side, but the upcoming events might turn things around. It’s also good that Luffy has recovered, so while Yamato keeps Kaidou at bay, then he might be preparing himself for the final confrontation with Kaidou.

Knowing Luffy first, he would want to eat first as he has called for meat first thing after he recovered. It will be interesting to see how things will build up to. Surely the next chapter will introduce more details about Yamato devil fruit and her hybrid form. Until then, you can read through the previous chapter to get some facts together as we are heading towards an exciting fight at the moment.

Battle Game in 5 Seconds Anime Just Proves to be Another Tower of God in the Making!