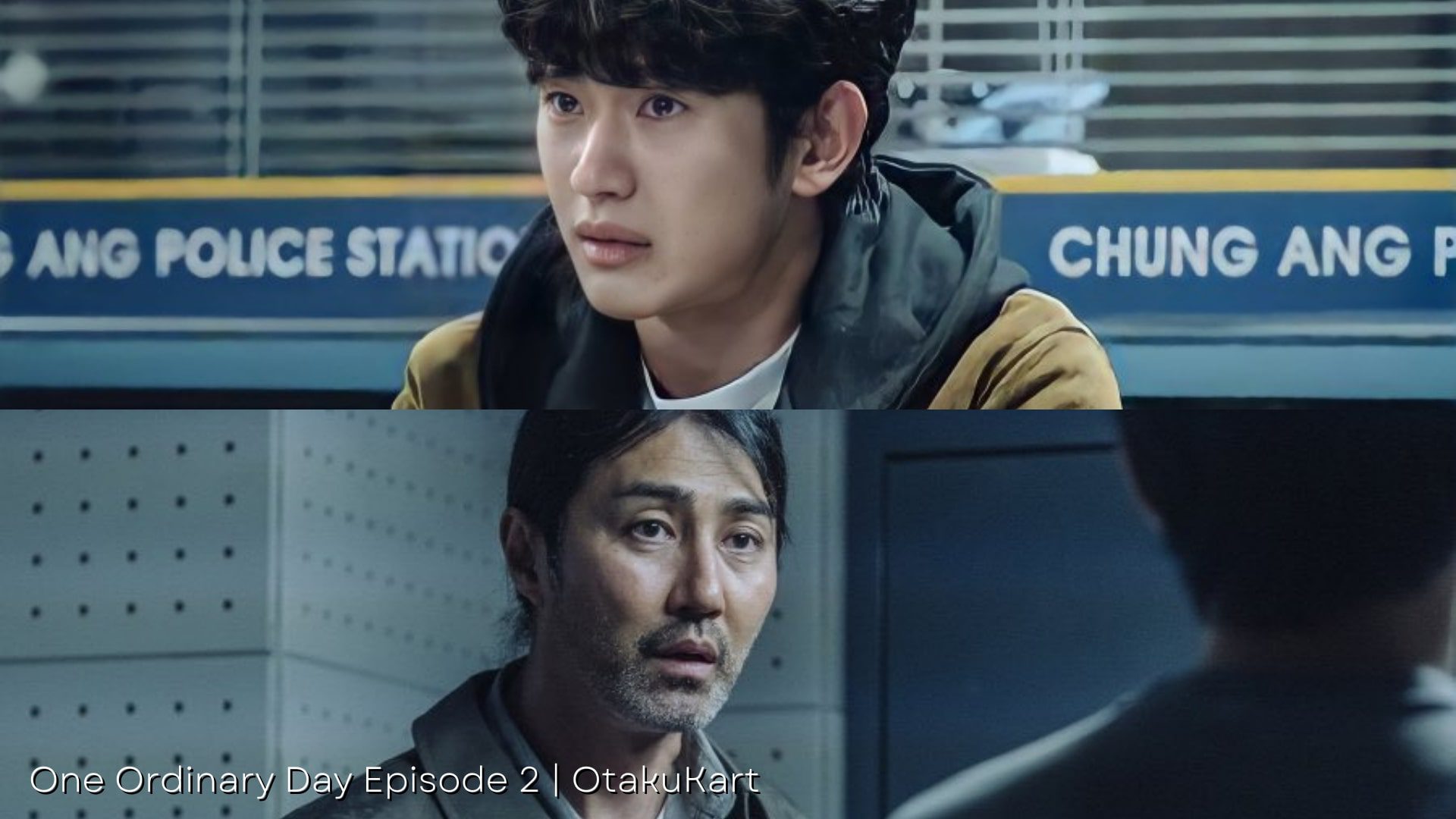 With a new thrilling chapter, One Ordinary Day Episode 2 is releasing soon! The drama has already gained so much attention and also received all positive reviews with only Episode 1. After all, Kim Soo Hyun and Cha Seung Won deserve these praisings for delivering exceptional performance in the first episode. Kim Hyun Soo is a university student. He wants to enjoy his life like any other university student does, such as having nights out, drinking till getting wasted, and even drugs! But had he thought one night could change all of his ordinary days? Well, not. Because that one night has turned Hyun Soo’s life into the worst possible, he never thought of!

The first episode reveals little background about Kim Hyun Soo’s character. Like any other university student, Hyun Soo also studies, attempts tests, eats dinner with his little family. Everything goes right until one night! After his group session gets canceled, Hyun Soo decides to join his friend’s poolside late-night party outside of the town. To cover such a long distance, he secretly steals his father’s taxi keys and goes out with the excuse of a group study session. On the way, he encounters a girl who becomes a turning point in his life journey. Therefore, the upcoming Episode 2 of One Ordinary Day will enlighten more about the girl who has changed Kim Hyun Soo’s life!

After meeting the girl, Hyun Soo somehow ends spending the whole night with her. They drive to Han River, sneakily steal ice-creams, and eventually end up going to her home. However, while parking his taxi, Hyun Soo mistakenly bumps into a car whose driver gets suspicious of their after-drinking act. Ultimately, one thing leads to another, and the two begin drinking, play a dangerous game where he hurt her unknowingly. The night gets passionate as the two embraces each other.

After gaining consciousness, Hyun Joo decides to bid goodbye, only to be discovered the girl is coated in her own blood. Scared of what he saw, Hyun Soo runs away! But then again, goes inside to get his taxi keys. To get inside the locked house with the dead owner, he has no option but to break the window. However, a next-door-old-man witness all of these and immediately informs the police. Meanwhile, Hyun Soo also gets caught for drink-and-drive charges and ends up in the police station, where the old comes to give his statement. Hearing all descriptions and matching with Hyun Soo’s situation, the police officer arrests him with a knife as a piece of evidence.

Initially, Hyun Soo denies and tries to tell them the truth, but no one hears until he comes! Finally, a third-rate lawyer Shin Joong Han comes and takes his case. However, before laying all cards, he warns Hyun Soo to never utter a word. He instructs him, whoever questions him, informs them to talk to the lawyer. Hence, with the lawyer Shin Joong Han’s entry, the crime suspect tale has begun, which will unfold the next chapter in the upcoming One Ordinary Day Episode 2!

one thing about kim soohyun? he will always deliver an excellent performance every! single! time!#OneOrdinaryDay#OneOrdinaryDayEP1 pic.twitter.com/RKFgJTA6X7

One Ordinary Day Episode 2 will be released on 28 November 2021 at 12 am KST on Coupang Play. Finally, Episode 1 has been released, creating havoc among viewers. It is all thanks to the heart-thumping crime thriller plotline and remarkable acting by Kim Soo Hyun and Cha Seung Won. However, many questions are left unanswered! So far, there is no suspect besides Kim Hyun Soo, according to the police report. But then again, fans have already begun to collect more clues that will lead us to the real culprit. Let’s take a look at fans’ theories!

From the audience’s point of view, we already have two suspects, the guy from the gas station and the other who Hyun Soo and Guk Hwa encounter right in front of her house. Both of them seem suspicious. After all, the murder does seem done by some psychopath, with the way that person stabbed her 12 times. There is no way someone would stab this many times unless and until that person is a psychopath. Furthermore, Hong Guk Hwa has also mentioned her friend, who lived with her but recently moved out due to a big fight. We don’t have any clues who will be it. But her friend may also become the next suspect. Overall, the upcoming One Ordinary Day Ep 2 will uncover more layers of this mysterious murder case. But before that, Hyun Joo will have to face the whole world for being the murder case suspect!

South Korean viewers can watch One Ordinary Day on the original distributor Coupang Play at midnight! As for global viewers, the kdrama will be streaming on ViuTV. However, note that Viu streaming is available in a few selected countries only.