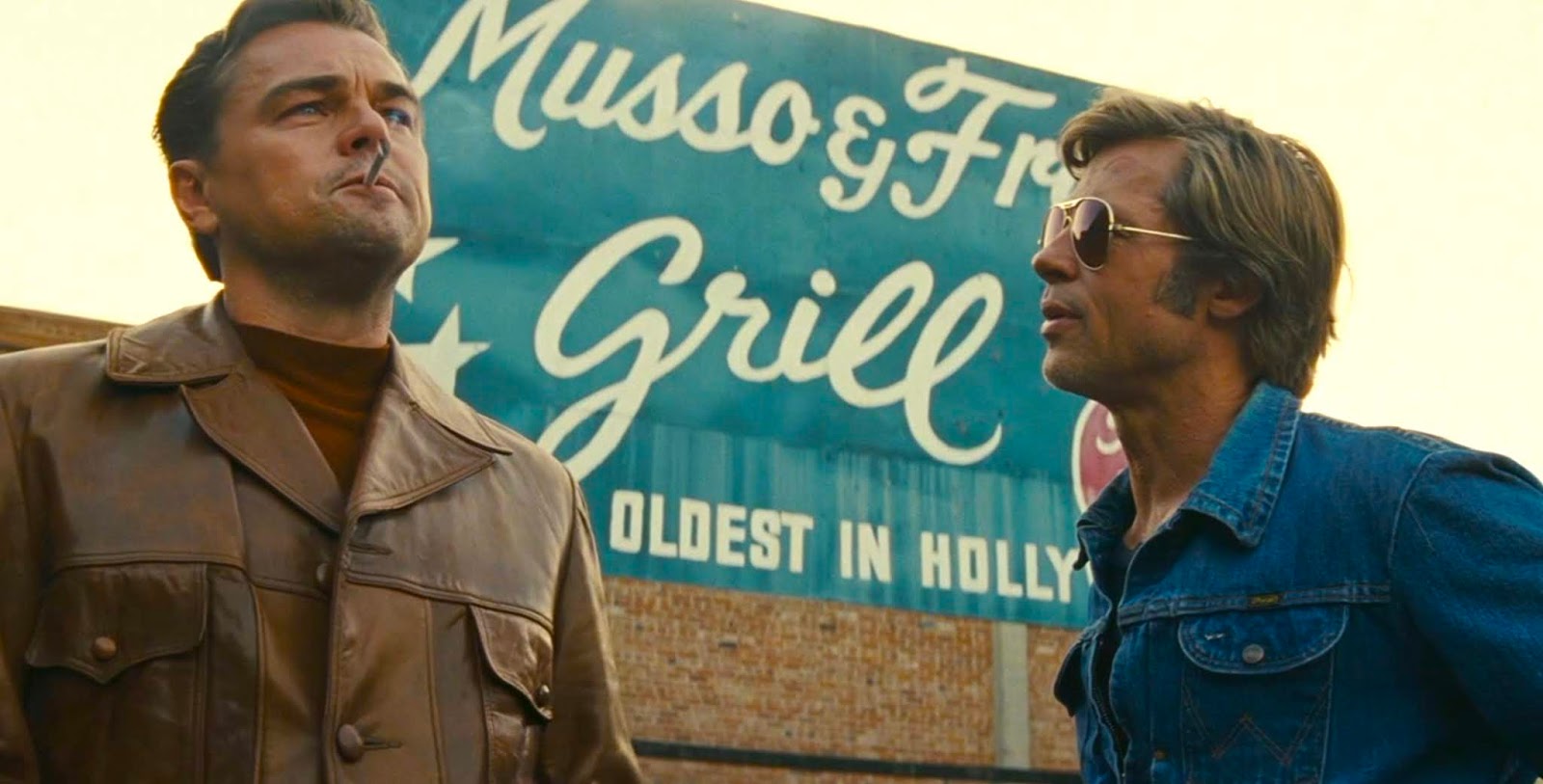 Once upon a time… In Hollywood is a comedy-drama film released in 2019. The film is written and directed by Quentin Tarantino. The American movie stars many big actors Leonardo DiCaprio, Brad Pitt, Margot Robbie, Emile Hirsch, Margaret Qualley, Timothy Olyphant, Austin Butler, and Dakota Fanning.

The story is about a faded actor, Rick Dalton, who is no more successful, and his stunt double and best friend, Cliff. They try to regain their past fame and success in the 60s in Los Angeles. He struggles to find work in Hollywood. He coincidentally leaves near the house of a filmmaker Roman Polanski and an actress, Sharon Tate. Their future slowly changes with time, as the story unleashes with time.

Hollywood actor Rick Dalton, played by Leonardo DiCaprio, had a successful career in the 1950s for his television series Bounty Law. The story shows the year 1969, where his career as an actor is getting washed out.

One day, Dalton and Booth meet a casting director Marvin Schwarz, a fan of Dalton’s work in Bounty Law, but the work is discontinued because of Dalton’s alcoholic problems. The casting director recommends him to shoot in Spaghetti Westerns. As Dalton’s driver’s license is canceled due to an arrest, his best friend, who was also his stunt double Cliff Booth, played by Brad Pitt, drives him around Los Angeles. 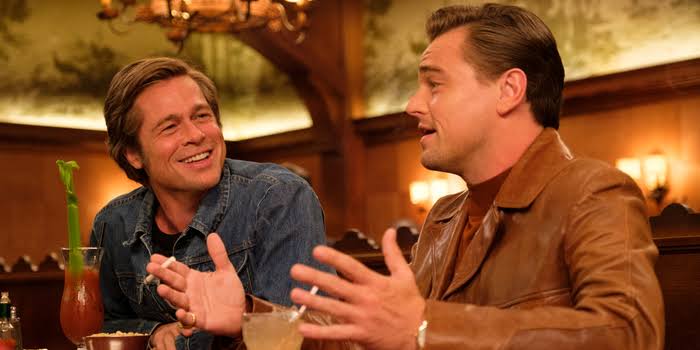 Booth also struggles to find a job because it was rumored that he was responsible for his wife’s murder. They found out that in Dalton’s neighborhood stays a director, Roman Polanski, played by Rafal Zawierucha, and his wife, Sharon Tate, played by Margot Robbie, is a rising actress. They dream of befriending them to get a job. Polanski and Sharon go to a party at the Playboy Mansion, where they meet Jay Sebring’s friends, played by Emile Hirsch. Tate was using Polanski to make Jay jealous.

The next day, Rick and Cliff arrive at the sets of “Lancer” for a shoot where he plays the villain. During the shoot, he talks with his eight-year-old co-star, Trudi Fraser. Rick finds it really difficult to remember his lines, and he suffers a mental breakdown because of it. But after director Sam Wanamaker boosts up his confidence, he promises to do better.

Booth, while driving, gives a ride to a female named, Pussycat whom he had seen before. He takes her to the set of Bounty Law. There he finds out many hippies live there, and while living in the place, his tire was punctured by Clem, a hippie. Booth beats him and makes him change the tire. Seeing it, a woman calls Tex, but Booth had already left at the time.

Meanwhile, at the shooting, Rick collects himself back and gives a brilliant performance. After the shooting ended, the director and the character of the movie, Trudi, praise him. She told him that was one of the best performances she has ever seen, which satisfies Rick a lot. Rick and Cliff go back and watches her performance on the television. 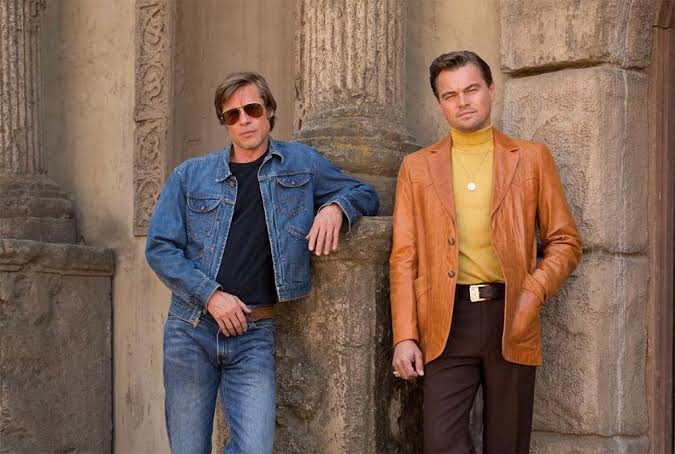 After his performance, he got a few movie offers, and within six months, Rick marries an Italian actress Francesca Capucci. Rick and Cliff return to LA and decides that it’s time for them to separate their ways. They went to a restaurant to have a last drink to celebrate their time and work together. On the other hand, Sharon, who is now pregnant, has a small meetup with her friends Jay and others. Cliff lights up the cigarette that he got from Pussycat.

Manson Family members Tex, Sadie, Katie, and Flowerchild, plans to murder everyone in Sharon’s house. In a drunk state, Dalton hears the noise goes to see it, then he yells at them for making noise. They recognize Dalton quickly and change their plan to murder Sharon and her friends. They decide to murder Dalton instead, as they say, that Hollywood taught them to murder. The Family members proceed to kill him, but Flowerchild betrays them and goes away.

When they broke into Rick’s house, they found Booth and Capucci drunk; Booth recognizes Tex. And both of them kill Tex, Katie and injures Saddie. But in the process, Booth gets hurt in his right thigh. Ambulance and police arrive and take Booth to the hospital for treatment. After sending him to the hospital, Rick finds Jay calling him. He is then introduced to Sharon, who invites him to her house, and Rick gladly accepts it.

Leonardo DiCaprio plays Rick Dalton. Rick depicts the struggling actors who started their career before the 60s in Classic Hollywood but slowly got washed away in the 60s. His character is inspired by Pete Duel, an actor of that time. Leo, being the brilliant actor he is, once again delivers a great performance. A lot of the scenes were unforgettable and touching. 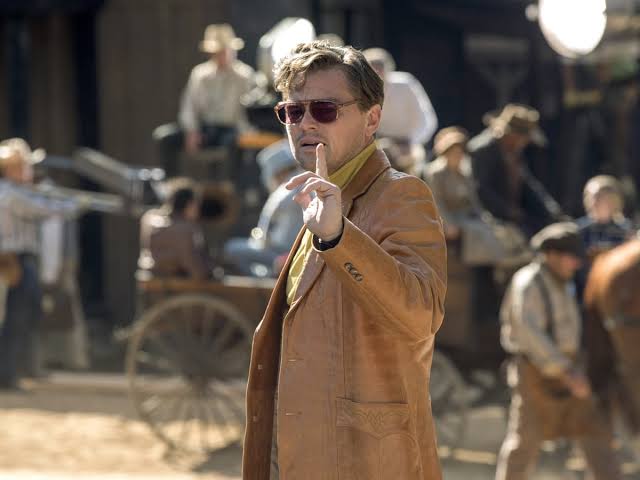 Brad Pitt plays Cliff Booth. The character Booth is inspired by real-life stuntman Gary Kent from the Spahn Ranch film while Manson Family lived there. Brad Pitt looked handsome even in his 50s. He was one of the main attractions of the movie. 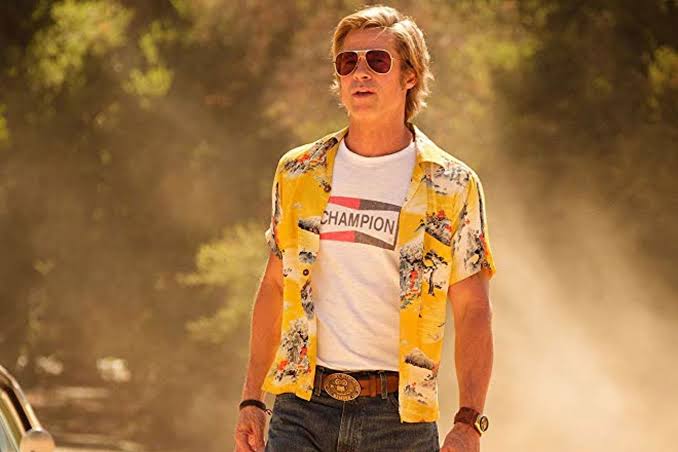 Sharon Tate, played by Margot Robbie. She is a real-life actress, and from Polanski’s autobiography, it is said that he first met Tate in the sets of Rosemary’s Baby and The Fearless Vampire Killers. Tate’s last three films were shot at the same place Dalton’s movie was shoot. She had a tragic death in real life, but here it is altered. 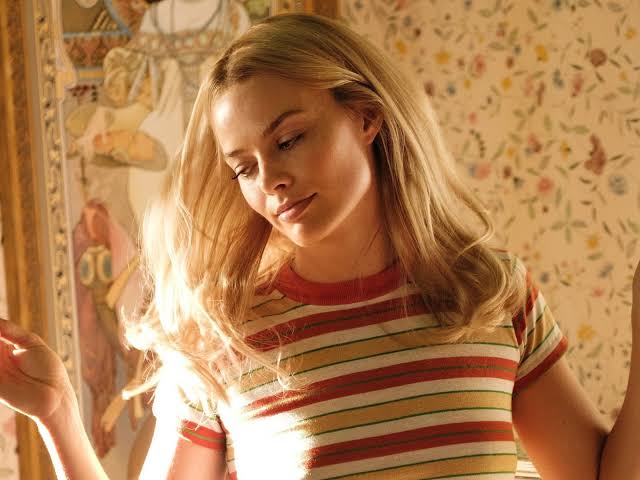 Every one of them is a big reputed actor, and the huge star cast really complimented each other, and the characters have nice detailing.

Like Zoë Bell’s stunt coordinator, Janet Miller, and Heba Thorisdottir’s makeup artist, Sonya, few characters were portrayed by the people who originally performed the same jobs for the film. The film’s characters actually show the other people who work behind the camera and contributed to the movie.

Direction and Production of the movie-

The movie is directed by Quentin Tarantino and produced by Columbia Pictures, Bona Film Group, Heyday Films, and Visiona Romantica and distributed by Sony Pictures Releasing. Robert Richardson does the cinematography. The movie got released on 21st May 2019, premiered at Cannes Film Festival.

The movie is 161 minutes long. The movie had a budget of 90–96 million dollars and earned a box office of 374.3 million dollars. The film was selected as one of the top ten films of the year. The movie received 10 nominations at the 92nd Academy Awards, including Best Picture, and won Best Supporting Actor, Brad Pitt.

The film is dedicated to Luke Perry; it was the last movie he got featured in.

Critics and audience review to Once Upon A Time… In Hollywood-

Quentin Tarantino is a famous director, and his films always had brilliant stories. The expectations of the audience were high because of the promising trailer and the star cast. The film takes us back to old Hollywood’s golden age and brings back the history of it. The film brought to light many things, especially giving credit to the people who dedicate themselves behind the camera for the movie. The movie has strong meta-references, like any other Quentin movie. It also shows the actors’ struggle from messing up lines to getting frustrated and shows the process of filmmaking, in between, cuts, and everything else. 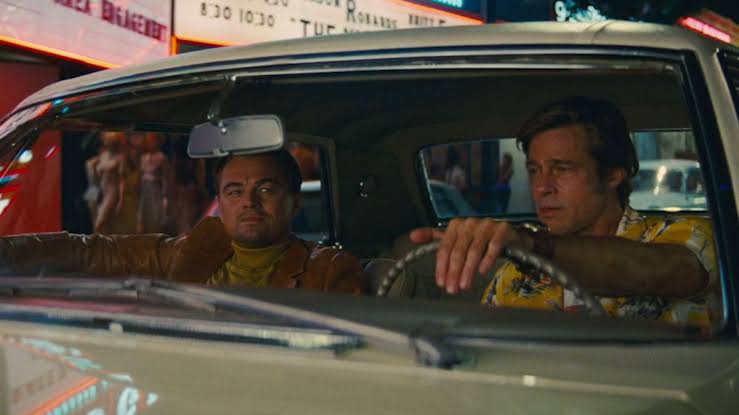 The narrative and character description were on point, and it kept the audience engaged the whole time. True characters inspired the characters in the story. He gave every character their own place to shine and individuality. The beautiful scenes, camera work, cinematography, visuals all made the audience feel like visiting a fantasy place.