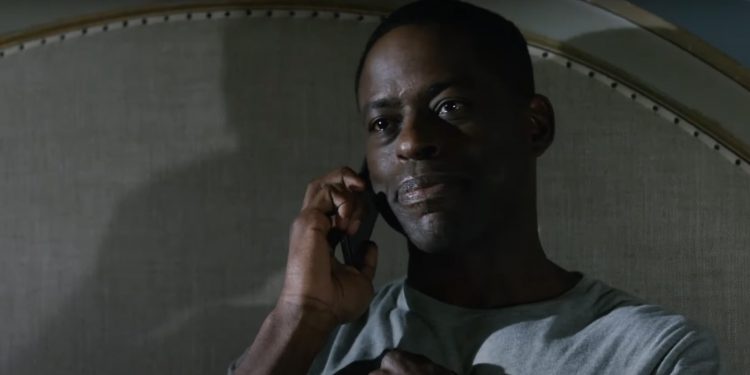 This Is Us Season 6 Episode 3

This Is Us Season 6 Episode 3 will be full of drama, from Nicky constantly thinking about Sally to Deja going to Boston to visit Malik in Harvard. We also got to see Nicky, Miguel, and Rebecca join a dinner where major plotlines for this season were unearthed. Firstly, if you’re not familiar with this NBC show, it’s a drama series that tells the stories of a family with three children at different times across their lives.

Now on its final season, This Is Us will begin to unravel all major plotlines and begin its culmination. Additionally, this NBC original series stars Milo Ventimiglia, Mandy Moore, Sterling K. Brown, who received an Emmy and a Golden Globe for his acting in this program. Now without any further ado, let’s begin covering this topic here at Otakukart.

This Is Us Season 6 Episode 2 Recap

Deja pays a visit to Malik at Harvard without telling her parents. He appreciates it when she puts his schoolwork first before their date night. They have sex after she tells him she is “ready.” Sally and her husband are joined for dinner by Nicky, Rebecca, and Miguel, as Sally recalls her past with Nicky. They all open up emotionally to each other, as Sally admits to being unhappy in her marriage, and Rebecca and Sally have a heart-to-heart about aging.

Miguel assures Rebecca that he will keep his promise to be by her side “in sickness and in health.” Nicky decides to return to Pennsylvania because he is ready to move on. Rebecca and Miguel go salsa dancing, a once-loved hobby Rebecca gave up due to self-consciousness. Nicky’s wife, Edie, a flight attendant he met just on the way home from LA, arrives at the cabin in the future.

When Sally inquires about Jack at dinner, Nicky informs her that he has died. Sally inquired as to how they met, and Nicky recalls everything, including having sex with her and declaring her to be his first in front of her husband. Rebecca begins to recall a time when she was with Jack, and they were sitting on the convertible’s hood. Returning to the dinner, Rebecca reveals that she suffers from Alzheimer’s disease and that no amount of medication or exercise will help her. She sometimes wonders what her last memory will be before the candle burns out. Sally expresses regret. Rebecca assures her that she is unconcerned because she was unaware of the situation.

Later, Rebecca claims she doesn’t understand why she is so concerned about minor details, and they all discuss how they think about minor details. Nicky claims that thinking about Sally has always helped him get through difficult times, giving him hope that something good will happen to him. Perhaps it was all meant to come up to this, the most awkward dinner ever, but not a waste of time. Sally claims that she regrets purchasing their satellite because it became her husband’s retreat once they received it. They now do everything on their own. Her husband recommends she shouldn’t air her laundry in front of other people. After that, she counters that Nicky is a friend who has been pining for her for fifty years, and her husband treats her like a line cook. And she’s known Nicky for longer than he’s been alive.

This Is Us Season 6 Episode 3 Promo Trailer:

Where to Watch This Is Us?

Currently, you can watch “This Is Us” on Hulu, NBC, FuboTV, DIRECTV, Spectrum On Demand, or Peacock (Peacock Premium, or free with ads). “This Is Us” is also available to download from Apple iTunes, Google Play Movies, Vudu, Amazon Video, and the Microsoft Store.

This Is Us Season 6 Episode 3 Release Date

This is Us Season 6 Episode 3 will release on January 18, 2022, on NBC at 21:00 hrs Eastern Time, United States. Every new episode drops on Tuesdays, as each episode has a runtime of about 42 minutes. This episode will be titled “Four Fathers”. With this, we conclude our coverage of “This Is Us” here at Otakukart. Thank you for reading our article, and please keep coming back to our website for more daily updates on all your favorite series, shows, and movies.

Also Read: Who does Lorelai End up with in Gilmore Girls?

Tags: This Is UsThis Is Us Season 6
ShareTweetShareSharePinSend
Previous Post