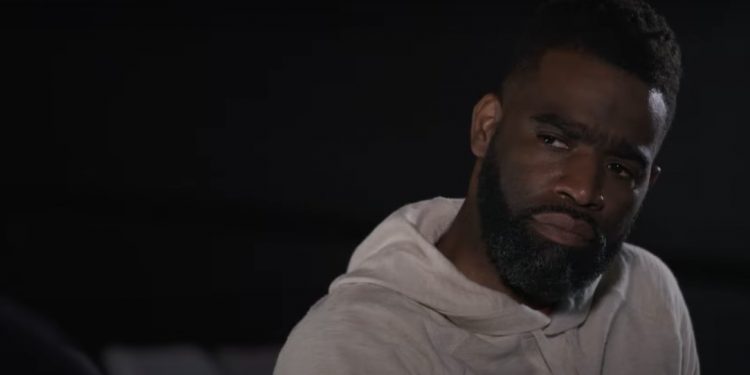 The season finale is here! Vice Season 8 Episode 15 will cover the migrant crisis and the self-medication trends. Just as the year closes, another interesting season of Shane Smith’s Vice ends. Now that Vice has a new home on Showtime after its cancelation from HBO, the documentary journalism continues with its long-running traditional style, as it covers and conveys the latest aspects from developed and developing nations on geopolitical and social issues.

Last week on Vice, we saw how El Salvador’s authoritarian Government under the hands of Nayib Bukele was facing criticism. And we also saw the ways and forms in which the Chinese Government projects its tentacles to silence opposition. And how the Chinese opposition organizes itself abroad to protest the abuses of the Chinese Communist Party. Now jump with us in the season finale of Vice season 8 on Showtime here in Otakukart. Let’s go!

Vice Season 8 Episode 15 will release on December 26, 2021, at 20:00, Eastern Time, United States. Firstly, this is the season finale of Season 8. Secondly, the episode will be titled “But I Read It Online & No Safe Haven”. Thirdly, this episode will cover the latest aspects of the migrant crisis, and the latest scoop on the trends of the developed world on self-medication and health topics via internet browsing.

Where to Watch Vice?

Simply tune in to Showtime during airtime to see what Shane Smith and his crew have in store for the public this week. If you want to watch this show online, go to the Showtime website or download the Showtime app. Also, if you have the Hulu add-on, you can also watch this show on Hulu. If you want to watch previous seasons of Vice, click here. Then you’ll need to switch networks because Vice previously aired on HBO. To do so, you’ll need HBO Max, which is available on their own platform, as well as Hulu, DirecTV, and Amazon Prime Video.

Vice Season 8 Episode 15 Topics: But I Read It Online & No Safe Haven

The last episode of this season will center around how many Americans go to the internet to check stories on healthcare rather than trust their doctors. It appears as though testimonials from bloggers, influencers, and podcasters seem to have more relevance than actual medical degrees. How did this come about? Was it because there were some mechanisms of psychological dispossession that made the public distrust doctors and scientists? Or is it something else? The trailer even makes reference to the Joe Rogan ivermectin controversy, in which the popular podcaster took medicine to treat his COVID and got better. Despite the general medical consensus against it. Moreover, it was controversial because Rogan had Sanjay Gupta on his show talk about Ivermectin, only to later see Gupta trash talk Rogan and his treatment on CNN. So who do we believe?

No Safe Haven For Balanced Journalism

The second topic that Vice touches on in this season finale is the current state of the migrant crisis in Europe. Firstly, years after, the Syrian Civil War became more stable. After the destruction of ISIS by the hands of the coordinated efforts of the Asad government and Moscow, the refugee exodus doesn’t seem to stop. The liberal media bias of Vice is evident.

Because these journalists aren’t asking a fundamental question: Why aren’t these refugees choosing any Arab countries to emigrate, and instead, they choose Europe as their final destination? Secondly, Europe’s legislators are currently choosing to shut down the migration influx. This makes it harder for the refugees to come to the Old Continent. So instead of asking the right questions, the liberals at Vice focus on the problems and furthering them with their narratives. Despite the bias, the season finale looks mighty interesting. And with this, we wrap up our scoop on Vice Season 8 finale. Thanks for reading our article, and please keep coming back for more daily updates on all your favorite shows, movies, and series here at Otakukart.