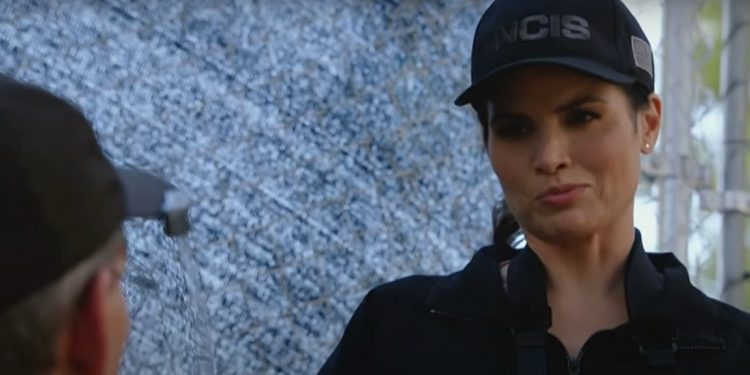 The Naval Crime Investigative Service procedural crime series, a long-running CBS show, will continue its run this December right after the Thanksgiving holiday hiatus. Today, NCIS Season 19 Episode 9, the crime team will focus on the murder of a top-level financial advisor in a naval outpost. But there’s a catch, the team must interact with a three-dimensional image of the victim, in a very “I, Robot” style, featuring Will Smith. Remember that movie? Well, the vibes are definitely there on this one.

This article also brings you an in-depth recap of the “Peacemaker” episode, where a naval officer was slain with more than 150 gunshot wounds. And the NCIS crew must trail every aspect of that crime all the way back to the people that were closest to him. We all missed our favorite naval crime show after that three-week pause, but now, things are in full motion once again. And now, without any further ado, let’s take a look at the next episode of NCIS.

NCIS Season 19 Episode 9 will release on December 6, 2021, on CBS at 9:00 PM, Eastern Time, United States. To begin, the episode’s title is “Collective Memory”. Secondly, the episode’s script was penned by David J. North and Kimberly-Rose Wolter. Additionally, the chapter was directed by Leslie Libman.

Where to stream NCIS?

If you want to watch this popular and long-running criminal investigation program online. You have a few possibilities on the internet. If you didn’t catch it on the air, here’s a link to it. You may watch it live on the CBS website. Furthermore, the episode is available for streaming on the Paramount+ website. Now, for the world’s cable-cutters. There are many alternatives. To begin, there are video-on-demand sites such as YouTube, Fubo TV, and Amazon Prime Video, to which the Paramount+ add-on must be added. Vudu, Xfinity, Hulu+ Live TV, iTunes, Spectrum, and Google Play are additional options.

On NCIS Season 19 Episode 8, the NCIS team solved the case of Victor Bateson, a Navy reserve who was shot up while inside an old junker automobile on an outdoor shooting range. The investigators quickly discovered that the guy had been murdered somewhere and thrown in the car to cover the initial gunshot with ammunition that unwitting shooters would drop into the cadaver.

The victim had been shot 150 times in all, and locating the murderous bullet would be like looking for a needle in a haystack. They tracked out Victor’s ex-wife, Lexi Davis, due to their inquiry. Parker and Knight arrived at the place and were startled to see Kasie Hines… they had so many questions. She was there to purchase a handgun.

A needle in a haystack

Lexi was upset because they had suspected her since the grapevine had informed agents that the pair had a difficult divorce in the past. Victor, she said, was like a giant teddy bear, and everyone adored him. She worked as a marketing director at a lady’s night gun salon, selling guns to ladies. She loathed how Chuck Gorton managed his range. Knight explained to Hines why she was there, and the lethal near encounter with Lemere led her to choose. She also discussed it with Parker as she struggled with the choice.

How the murder went down

Here’s how it all went down. People were firing at dummies and an old automobile on a gun range. Chuck, the shooting range owner, sent his son to retrieve the mannequins. That’s when the son discovered the deceased man. The medical examiner proclaimed the obvious when Jimmy (Brian Dietzen) and the other NCIS agents arrived on the scene. It will be impossible to pinpoint the bullet that caused the fatal wound in a body full of bullets. Victor, also known as Peacekeeper, was the victim. He worked as a bouncer at a pub. The agents deduced that Victor died overnight before the range opened.

Jimmy saw a paucity of blood in the vehicle, suggesting Victor died before his corpse was put inside. NCIS investigators began interrogating persons with Victor’s background right away. They began with his wife, who held gun shows. That’s when Jess and Parker (Gary Cole) came upon Kasie, who was considering purchasing a gun. Kasie reveals she wants a firearm because she is anxious as a result of being kept prisoner by a hitman/serial murderer.

Looking for the smoking gun

The crew discovered a trade fair that may provide further information about their suspect. Doris, one of the ladies they met at the gun shop, was a vendor at the trade fair. Pete Walker, another seller, was at odds with Doris because she had a prime location near the front entrance, which would bring in more prospective purchasers while he was in the rear selling ancient weapons. Pete informed them about a guy called Roy who was selling ammunition in the parking lot and had gotten into it with Victor.

Suspects in and out

In the parking lot, Roy sold illegal ammunition from the back of his van. They discovered Victor had thrown Roy out and barred him from returning. However, Roy had really returned, and when the team attempted to interview him, he tried to flee but was immediately apprehended. When they searched his vehicle, it seemed to be an armory.

He said that his friend provided him and knew Victor was murdered and that he was the prime suspect. He informed him that Doris could vouch for him, pretending to be Victor’s girlfriend, and challenged him to impress the lady. They chatted with Doris and inquired why she kept her connection with Victor hidden. Doris was Lexi’s friend, which created a conflict of interest since she also worked for her.

The team called Lexi for questioning, perplexed as to why she had left out the fact that she was paying alimony to Victor. She disputed it, stating that knowing Victor and Doris were dating would have pushed them together and saved her from having to pay alimony. Hines was eventually successful in locating the fatal bullet. The culprit was an ancient rifle. McGee and Torres went to see Pete, a guy they met who sold vintage weaponry. They were interested in an antique Walther PPK Peacekeeper pistol, the same one that James Bond used to employ. He sold it a few days earlier to Harry Day, the bar’s proprietor. Victor was a bouncer at his pub.

So, who assassinated Victor? Let’s go around again. Jimmy and Kasie deduced that the fatal gunshot wound was caused by the same kind of pistol Hitler used to commit himself. So they return to talk with Pete. Yes, Pete has sold the sort of pistol used to murder Victor. Victor’s boss at the pub, Harry, purchased one three weeks ago. Harry confessed that he approached Victor after discovering that $300 of the cover fee money had gone missing. He said Victor began screaming, so he attempted to terrify him with his new rifle. Instead, the rifle discharged and struck Victor in the pulmonary artery.

Harry attempted to get Victor to the hospital, but Victor died before he arrived. As a result, Harry discarded Victor’s corpse at the shooting range. The following day, he discovered the $300. What additional memories were brought up in the current episode? Torres (Wilmer Valderrama) like ancient vehicles, such as the one at the shooting range. They remind him of the car he used to drive in high school. Stella was the name he gave to his first love, so he named the automobile after her.

When confronted with the guy, Harry admitted to fighting with Victor for about $300. Victor became so enraged that Harry drew the gun to terrify him, and it accidentally went off. He attempted to get the guy to the hospital, but he died. So he reasoned that dropping him off at the gun range would hide his crime from other shooters.

Surprisingly, the guy discovered the $300 beneath his desk. Torres had a soft spot for the vintage automobile since it was the same make and type as his first vehicle. He intended to restore it after the conclusion of the lawsuit. Knight brought Hines to the rifle range to sharpen his aim. She liked the sensation of shooting but did not purchase a handgun. With this, we wrap up our scoop on NCIS Season 19 Episode 9 here at Otakukart.