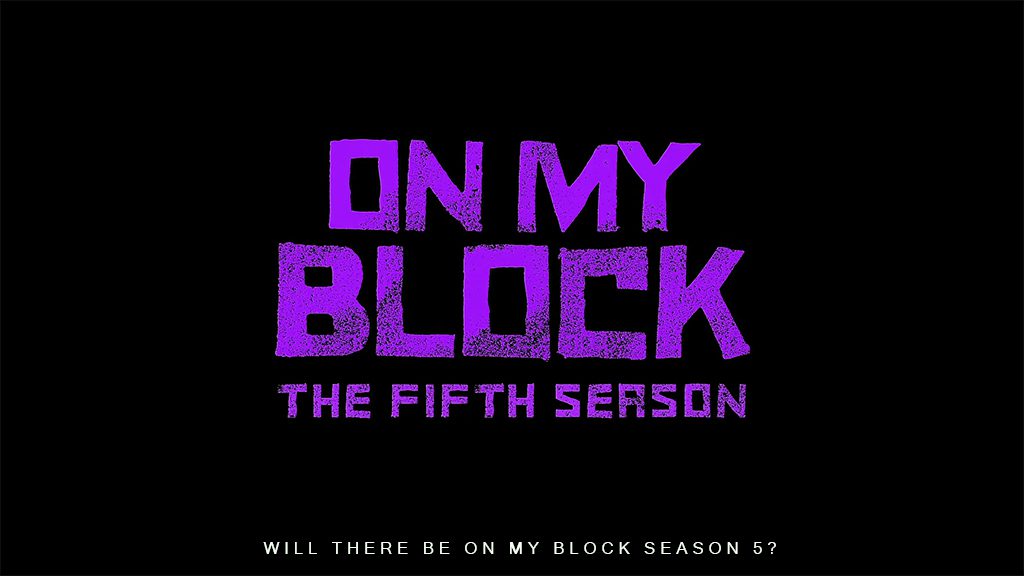 On My Block Season 5

When will On My Block Season 5 will release? Will there be any more seasons? What is the future for On My Block? Questions like these are wandering around the internet since the latest season four concluded. Undoubtedly, On My Block is one of the most famous American teen comedy-drama. It is a creation of Lauren Iungerich, Eddie Gonzalez, and Jeremy Haft. Further, the first season streamed on March 16, 2018, on Netflix. It further has three more seasons and the latest season streamed on October 4, 2021.

The story portrays the adventures of a group of friends and how they overcome different trials which challenge their friendship. Further, the audience and critics appreciated the cast: Sierra Capri, Jason Genao, Brett Gray, Diego Tinoco, and Jessica Marie Garcia for their appearance. The beautiful storyline, along with the mind-blowing cast, just got us fans attached to the show. Therefore, it’s so hard to overcome that season four concluded and we can’t wait for any updates about the show’s future. So we will look at the show’s future and about On My Block Season 5.

What Happened So Far In The Show?

On My Block tells the story of four friends Monse, Ruby, Cesar, and Jamal. All of them go through many adventures, like Cesar wanting to get out of Freeridge to get away from his elder brother Oscar and his gang, Santos. Meanwhile, he also starts developing romantic emotions for his friend Monse and she also develops the same. However, both were in an on-and-off relationship. However, the relationship between Cesar and Monse gets more complicated after the arrival of Olivia. Meanwhile, the stories about a treasure related to RollerWorld obsess Jamal, who is keen on finding the treasure. But Jamal’s friends ignore him but Monse later joins him on his quest and wants to use the money to get Cesar out of the town. However, Cesar is having trouble with a classmate, Latrelle, who is a member of Santos’s rival gang, Prophet. 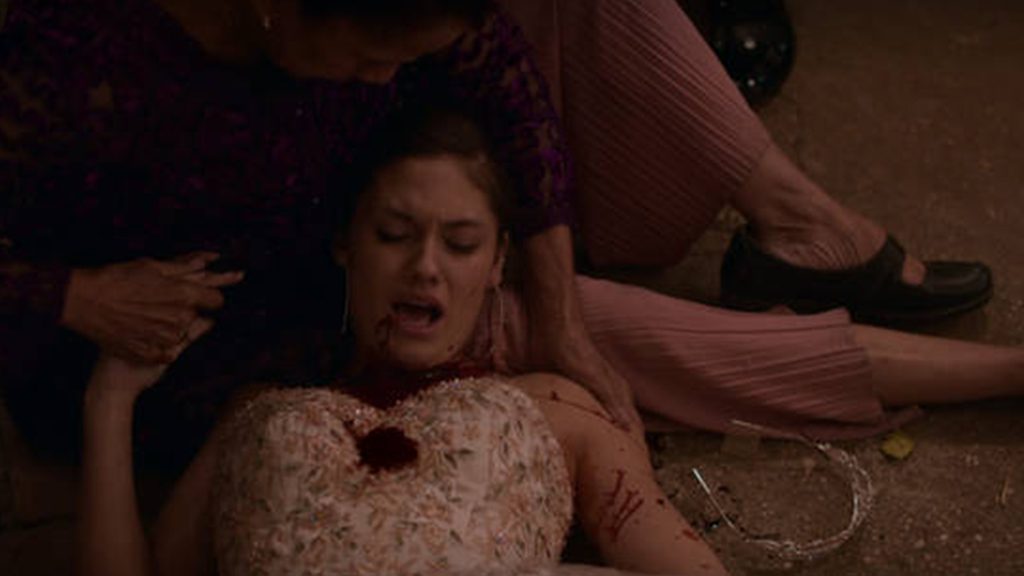 Cesar was getting close to Olivia, but things get a little serious, but they eventually break up. However, Cesar and Monse finally accept their feeling for each other and become a couple. Meanwhile, Olivia and Ruby become a couple and get ready for her 15th birthday. However, things go down as Olivia dies because she gets in the way when Latrelle was shooting Cesar. One month after Olivia’s demise, Cesar gets kicked out of his house. Because he failed to kill Latrelle. Meanwhile, Monse finds her mother, and she offers Monse to live with her. This resulting in Monse and Cesar breaking up. Further, Jamal finds the RollerWorld money and Monse still wants to use the money to get Cesar out of the town.

But Monse wants to join him, as she found out her mother’s selfish reasons for abandoning her. But Cesar doesn’t want her to get into trouble. Thus, he reveals the truth about sleeping with Paula and breaks up with Monse. Meanwhile, Cesar, along with his brother Oscar, gets Latrelle and the entire Prophet gang arrested. Soon Cuchillos, the leader of gang Santos kidnaps Monse and her friends. Cuchillos takes their money and only agrees to return it when they find Lil Ricky. Also, Monse and Cesar finally again date each other. Whereas Ruby dates Jasmine and Jamal gets along with Kendra. Two years after solving Lil Ricky’s mystery, Monse joined a boarding school, Jamal joined a soccer team, Cesar became the new leader of Santos and ruby is still dating Jasmine. Further, Oscar quit the gang business and started a new life with his wife. 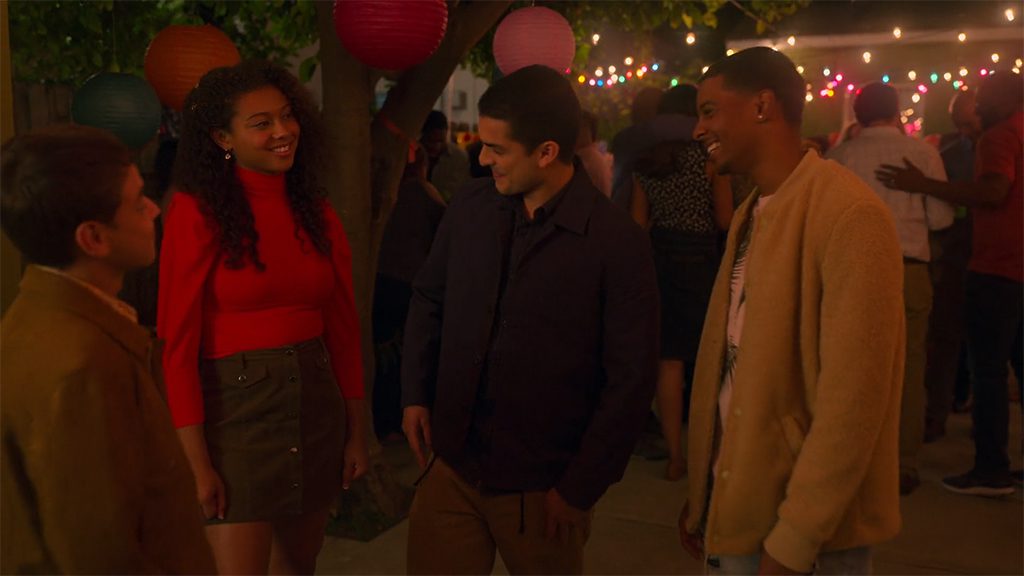 Monse, Cesar, Jamal, and Ruby at the after-party.

The gang finally gets into their final year of high school and faces more challenges. Finally, the four friends graduate from high school and plan to move forward in life. Monse plans to join a women’s college, Cesar is happy to even complete high school and looks forward to having a future with Monse. Meanwhile, Ruby becomes the Prom King and continues his relationship with Jasmine. Jamal also resolves his identity crisis and encounters his idol, Noel Aroma (The Elon Musk of this show), who even offers him a job. However, Monse and her friends also witness some tragic events like the death of Oscar and Ruby’s grandmother, Abuelita.

Also Read: On My Block Season 4: What We Know So Far

Will There Be Any Season 5?

The makers of On My Block have confirmed that the fourth installment in the last season. Therefore, no more season surrounding the lead four, but if they ever plan to, there is a lot of material to work on. As the new season can follow the new college life of Monse and her friends. Further, Grandma Abuelita, the coolest person in the show, left a new treasure map- RollerWorld 2.0. Therefore, the makers can set the four on a new adventure. Further, there is still a lot left to explore in the relationship between Monse and Cesar. 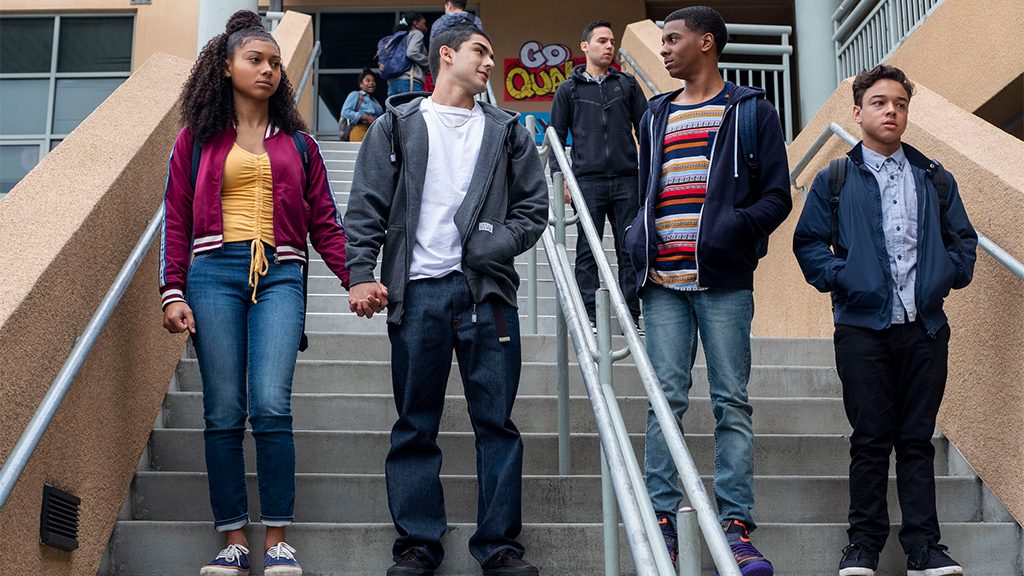 Monse. Cesar, Jamal, and Ruby might appear in the spin-off series

Further, there would be no On My Block Season 5, but for the fans, this is not the end. Because the makers have announced there will be a spin-off series of this American teen comedy-drama. Further, there are speculations that the spin of series is known as Freeridge. However, the plot and the release date of the upcoming series are still unknown. But we can it to release in 2022 and also we might see the main cast appearing in the spin-off too.