Olly Alexander is a British musician, singer as well as a songwriter who is currently affiliated with the synth-pop band group named Years & Years. 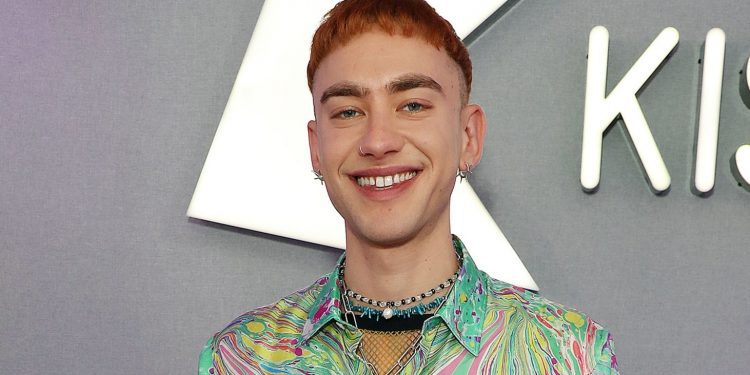 Lately, the popularity of Olly Alexander has been rising all over the internet, resulting in fans being eager to know about Olly Alexander’s Partner. Olly Alexander is a British musician, singer as well as a songwriter who is currently affiliated with the synth-pop band group named Years & Years. The band was founded in the year 2010, is a combination of electro-pop, R&B, and house elements from the 1990s. He is also an actor. Born in Yorkshire, Alexander became interested in performing at an early age. He even performed in school shows and composed his first song at the age of ten. At the age of 16, Alexander found an agent to replace him and then, Olly left school to pursue an acting career. And finally, in the year 2008, he made his screen debut in the TV film “Summerhill”.

A year later, Alexander made his first television appearance in the ITV crime thriller drama named “Lewis”. In the following years, Olly appeared in various roles in various films such as Enter the Void, Gulliver’s Travels, Great Expectations, and Funny Bunny. Also, he is active on stage and made his appearance in the productions of Aliens, Mercury Four, and Peter and Alice. In addition to being the singer of the Years & Years band group, he has also contributed to the band as a pianist, keyboardist, and synthesizer. The band has now released two studio albums and four additional albums. Olly is a vocal advocate of LGBT rights, safer sex, as well as HIV screening.

Olly Alexander is currently not in a relationship with anyone. He is presently single. Previously, Olly Alexander had a very close relationship with Neil Amin-Smith, the violinist of Clean Bandit. In September 2015, the couple shared a kiss on stage at the UK Jersey Live Festival in front of an applauding audience. However, in December, Alexander said that they had parted their ways.

Alexander is also in an open relationship with a former boyfriend. Alexander described himself as a “real left-winger” and said Olly was in love with Labor Party leader Jeremy Corbyn. Also, he is an active advocate for LGBTQ rights, safer sex, and HIV screening. Alexander is open to her personal struggles with depression and anxiety, which Olly has struggled with since he was 13. During his tenure as presenter of Olly Alexander: Growing Up Gay, he also talked about his bulimia. In 2018, he joined Nadiya Hussain and Stephen Fry in the Sport Relief Initiative to help educate mental illness.

On July 15, 1990, Olly Alexander was born in Harrogate, Yorkshire, and is the son of Vicki Thornton, the co-founder of the Coleford Music Festival. He had completed his education at St. John’s Primary School, located in Coleford. He then went to Monmouth Comprehensive School before enrolling at Hereford College of the Arts to study performing arts. During his stay at Monmouth, he starred in two stage productions, such as portraying the character of Benny in Boys and Dolls and as a corporal in The Caucasian Chalk Circle.

It was reported that Alexander had composed his first song on his father’s Casio keyboard when he was just ten years old. His parents separated three years later, and Alexander was subsequently raised by his mother as a single parent. At the age of 16, he had an agent who agreed to represent him. Eventually, he left school, hoping to work as an actor. He’s gay. When he was 20 years old, he went to see his mother and had her full support. He never told his father because he lost touch with him after his parents separated, and he never felt the need to contact him to say to him.

He is passionate about acting, so he made his small screen debut in 2008. His debut role was in the popular television film titled Summerhill, where he played the character of Ned. The following year that is in 2009, he made his big-screen debut with the famous movie named Bright Star. The film is a romantic drama, where he played the role of a character named Tom Keats, who was the brother of the famous poet John Keats. After the success of the film, he made his debut in the popular TV show. And his first thriller-based detective drama program aired on a popular channel called ITV. The show is titled Lewis. As a great artist, he played the main character in three films in a row, namely “Tormented”, “Enter the Void”, and “Dust”.