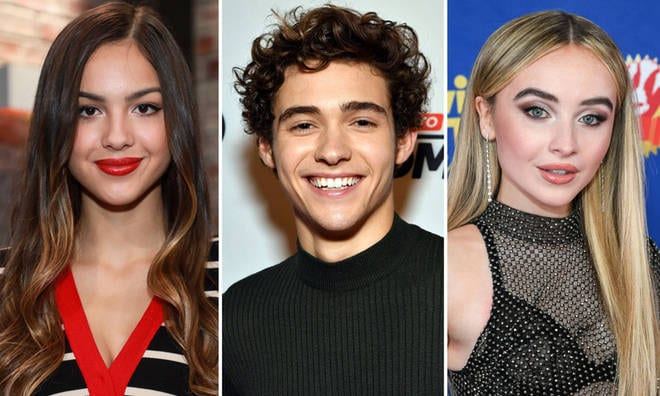 Three young stars, sparks flying, and lots of drama. Interesting isn’t it? Throw in a music album that speaks about betrayal and it gets even more interesting. If you haven’t guessed yet we are discussing the love triangle which includes Olivia Rodrigo, Sabrina Carpenter, and Joshua Bassett. Olivia Rodrigo and Joshua Bassett co-starred in High School Musical: The Musical – The Series. Sabrina Carpenter is another star from Disney’s Girl Meets World.

Olivia Rodrigo is a rising star who has just been declared as the next big thing that has happened to Pop music. Joshua Bassett first starred in Disney’s television series ‘Stuck in the middle’. He rose to fame after playing Ricky Bowen, the male lead in High School Musical: The Musical – The Series. He also happens to be a singer and songwriter. He very recently released the lead single ‘Lie Lie Lie. Sabrina Carpenter is a young actress and singer best known for her role as Maya Hart in the Disney Channel spin-off Girl Meets World as well as for her music career during which she has

Rumors of a supposed love triangle first started doing the rounds in January 2021 when Olivia Rodrigo released her debut single ‘Driver’s License’. In her lyrics we find Olivia singing about past love and hinting at a love rival. Considering the fact that Olivia and Joshua were supposed to have dated and Sabrina was later thought to be with Joshua fans were convinced that there was this whole love triangle that existed between the three of them. Joshua’s Song titled ‘Lie Lie Lie’ and Sabrina’s song ‘Skin’ seem to have been released in response to Olivia’s song. These are just theories as of now because none of these stars have revealed anything about having been romantically involved in real life.

As more music is released the drama seems to continue. Olivia’s hit single Deja Vu talks about watching an ex start a relationship with someone new. Olivia also released Good 4 u which fans again assume was targeted at Joshua. When Olivia released her debut album ‘Sour’ the drama associated with the situation reached a new high because all the songs seemed to talk about lost love, betrayal, jealousy, etc. All this has left fans looking for clues in everything. And all we can say is the clues do continue. It all started with a scene in High School Musical: The Musical – The Series. where Joshua had to propose to Olivia and in an interview, Joshua revealed that the scene was not scripted. Which made fans conclude that he did have feelings for her. Similarly, Olivia had claimed that Joshua’s proposal scene had made her cry and with this fans were totally convinced that the onscreen romance had extended to real life.

Soon on social media Olivia and Joshua started sharing posts about each other which were later deleted. They started referring to each other using pet names and this left fans wanting more. 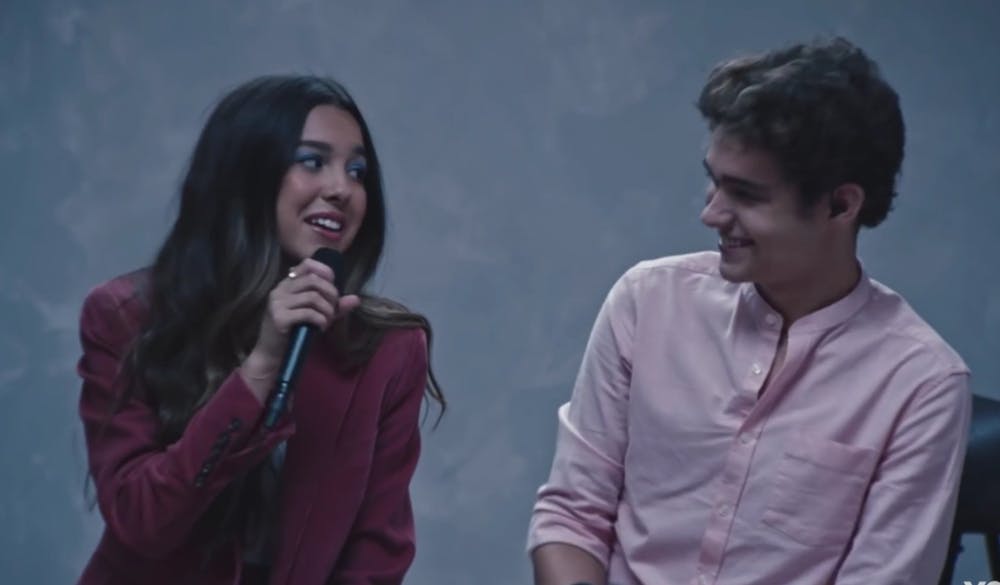 Things took a complete turn when Olivia and Joshua’s relationship rumors quietened and something very surprising happened. Joshua was spotted with Sabrina looking rather cozy at a ‘Black Lives matter’ protest. If we go by what an onlooker has claimed Joshua kissed Sabrina on the forehead that day. Very soon the pair started posting TikTok videos together and even more matching outfits for Halloween. Need we say more?

When Olivia released her first single ‘Driver’s license’ in January 2021 not only did the song become a super-duper hit but also it had fans convinced that there really was something going on between the three. The songs are filled with references to seeing an ex with a new beau and she also refers to a blonde girl who her ex left her for. Fans couldn’t resist assuming that the blonde girl was Sabrina Carpenter. From Olivia’s side, there’s been no confirmation or denial about the rumors. She has said that all that matters is that the song is resonating with people because of its emotional content. In the meantime, Joshua and Sabrina started working on a song ‘We both Know’ together. Come May 2021 and it’s pretty clear that Olivia and Joshua are no more together. Fans were left shocked when Joshua came out as queer. Joshua’s only message to his fans is ‘Love who you love shamelessly’ and that it’s okay ‘to be still figuring out who you are. ‘