Irish YouTuber, Olivia Neill is reportedly in a new relationship after breaking up with her ex-boyfriend. 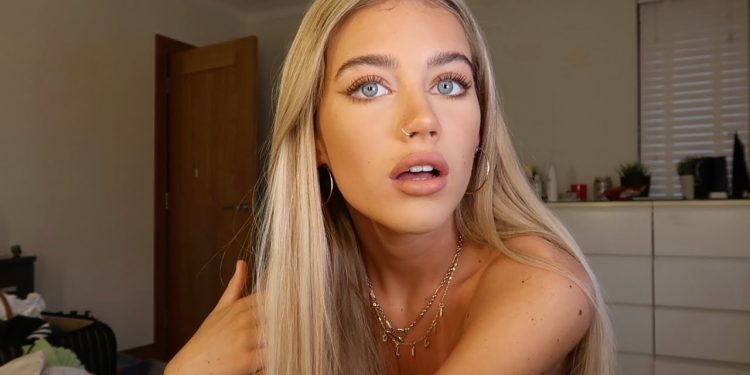 Olivia Neill has several rumors regarding her boyfriend after she broke up with her ex-boyfriend, John Fletcher. So, who is Olivia Neill’s Boyfriend? There are rumors of her dating a boy named Orlando. She also appeared in a video in May 2021 featuring a video of her baking a cake for John and asking to be her boyfriend again. The YouTuber also mentioned in the video that how John is still good friends with her whole family. He is at her house all the time. Her Dad and John message each other every day.

The video had thrown her fans and the Internet into a frenzy as the pair used to look very lovable together. She also face-timed him and showed the cake towards the end of the video. The YouTuber also received a positive answer after she asked him to be her boyfriend again. Later on, she confirmed that they are together once more. Twitter reacted to them getting back together. But, they had broken up again later on. Now, she is rumored to be dating another person in London.

Olivia Neill’s boyfriend is Orlando Giannini. However, it is not sure as there are speculations of them only dating. There are no exclusive photos of the pair being together or even seen together in the public except once. There are not many details on how they met each other as the rumors about the pair only surfaced recently. Olivia was seen together with Orlando while posting photos visiting Winter Wonderland. Orlando has also moved to London in the early of 2021.

The pair got seen wearing the same white-knitted Ralph Lauren jumper. He posted a photo with the same jumper in July. Meanwhile, Olivia posted a video wearing the same one last month. There is also a rumor going around on Tattle Life with several people claiming that Orlando’s picture is on the phone screen of Olivia. Furthermore, Orlando also knows and follows ex-boyfriend, Will on Instagram. Aren’t these are enough hints to suggest that the pair are dating each other. It is not known why Olivia is keeping mum about her recent rumored boyfriend considering how she used to share everything about her last boyfriend in YouTube videos and social media.

Olivia has always shown about her life experiences and has shared everything with her fan since the starting of her YouTube channel. Such was the case for her love and dating life also. She openly shared about her boyfriend, John Fletcher. They belonged to the same hometown. He also appeared with her in several of her videos while making entertaining ones or doing several challenges. It is not known when the pair came into a relationship. But, they dated for a few years. The Irish YouTuber also hoped to marry him one day, which she admitted in her Q&A of May 2020. But, the couple broke up before moving to London.

The Irish YouTuber Spoke About her Bitter Breakup

The Irish YouTuber never spoke about the reasons for her bitter breakup. But, the breakup left her devasted. She revealed in the Q&A of September 2020 that social media and being busy with moving helped her forget the breakup’s disappointment. Olivia said that the past two months of her life had been the craziest for her. She has been very distracted. Furthermore, she also advised that they have to keep themselves busy if they have to get over someone. If someone does not do so, then they will only sit and cry in the bed after listening to Harry Styles.

The YouTuber mentioned that they are not doing that as they are closing that chapter. Olivia also stated in the video that she and John are not in contact anymore. However, the ex-pair does not have any tough feelings between them. Later on, the pair again got seen together after a month when she asked him to make a video with her. The ex-couple looked back to their relationship’s good and bad parts. There are several awkward moments between the pair in the video.