In this article, we will get into the Oldboy ending explained and if Dae-Su still remembers all that he has been through. 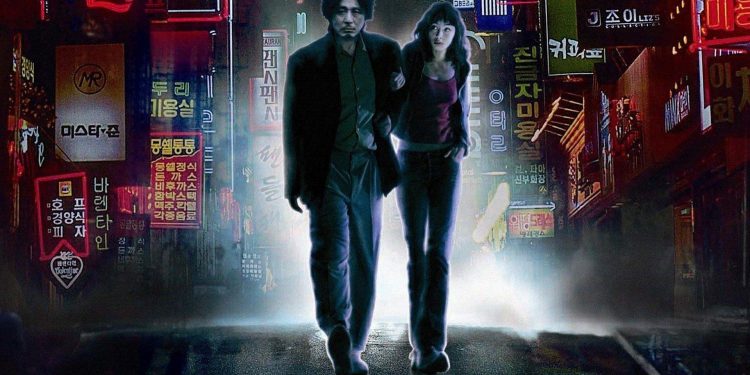 If you are into action thrillers with a lot of mystery and gory sides, then you will be able to handle Oldboy. It is not for the faint-hearted, and if you cannot endure explicit scenes, then we will recommend you to avoid this movie. Oldboy is a South Korean movie that is highly rated among domestic as well as international audiences. This movie is still considered to be one of the greatest movies of all time and one of the best that South Korea has offered. In this article, we will get into the Oldboy ending as we try to have it explained.

The movie does feel a bit complex sometimes, as a lot of information is revealed in the second last scene. However, what confuses the audience is the end scene, where things seem to be quite ambiguous. In questioning the ending, we also come to question certain aspects of the plot. Hence, to enjoy the movie, we need to understand what exactly did Park Chan-wook wanted to portray. We can also consider this to be the second movie belonging to The Vengeance Trilogy. Though it is not official, the three movies by him are thematically related. The movie is also loosely based on the Japanese manga of the same name.

Before we get into the ending, of course, we need to get into the plot of Oldboy. The plot might seem to be a bit confusing as, in the beginning, a lot of time passes without any action, and in the end, there is way too much action going on. The movie begins in 1988 with a drunk Dae-Su who has missed his daughter’s fourth birthday. He then vanishes suddenly, only to find himself locked up in a room. In this room, he is imprisoned and finds out he is there because he is the prime suspect of his wife’s murder. He stays in that room for fifteen years. However, he is not tortured even a bit, but neither does he get to see other people.

After fifteen years, he finally runs off from the room but comes across as a hypnotist. She tries to hypnotize him, and he wakes up on a rooftop. From there, he tries to find out who imprisoned him. During the search, he goes to a sushi restaurant and meets Mi-Do. Both of them tried to find out who the imprisoner was. Soon enough, they get to know that it is Woo-jin. Dae-Su asks the reason why he was taken as a prisoner, as Woo-jin gives him five days to figure that out, and if he passes, he will kill himself. However, if he fails, he will kill Mi-Do. What follows is a quest for the truth, and the things that come out are quite nerving.

Soon after this, Dae-Su and Mi-Do decide to get intimate, and he decides to hide her in the prison room where he used to stay. He then discovers that Woo-jin was his classmate in high school, and he had a sister. Apparently, Dae-Su had witnessed them engaging in incest and had spread the rumors about it. This pushed her to commit suicide, and hence Woo-jin decided to take his revenge. Then Woo-jin reveals that Mi-Do was actually Dae-Su’s daughter, and the whole thing was his mastermind from the very beginning. In the end, Woo-jin kills himself, and Dae-Su is left with the pain of incest. However, he visits the hypnotist from earlier and asks her to make him forget everything.

In the last scene, we find Mi-do confessing her love for Dae-Su, and he reciprocates it. However, as they hug, we find a look of pain on Dae-Su’s face. This is the ambiguous ending that Park Chan-wook aimed for. We exactly don’t know if Dae-Su forgot that it was his daughter or not. If the hypnotist’s power did not work, then it might not have worked earlier, and that leaves us questioning the plot. However, we cannot deny that it will be a difficult life for Dae-Su to stay with his daughter, while Mi-Do is completely unaware of it. We are left to think about the ending and what Dae-Su will do in the end.