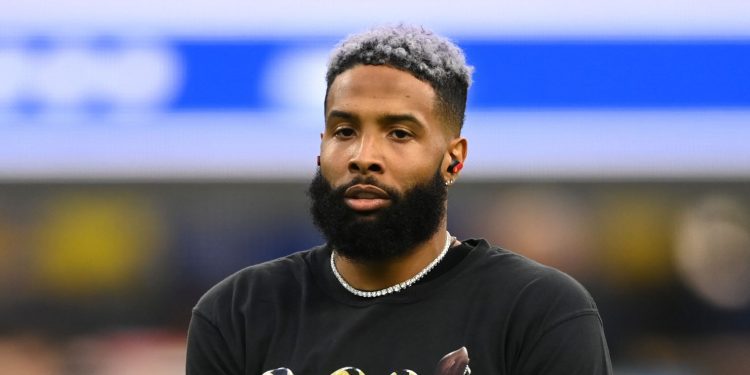 Odell Beckham Jr. is a well-known American footballer who plays for the New York Giants in the National Football League. Beckham started playing football with great interest in school and loved the sport so much that he spent hours practicing with friends and, if necessary, alone. He played for Louisiana State University and was selected by the NYG (New York Giants) for the 2014 NFL Draft. Odell is the twelfth player to be chosen among many, and all thanks go to his astonishing skills and impeccable manners. Over time, Beckham cemented his place with the Giants and was one of their most successful and prolific players. As he is well known for his professional career, let’s also look at his personal life, i.e., Who is Odell Beckham Jr.’s Girlfriend?

But in the end, all the glory and fame took hold over his psyche, and Beckham found himself at the center of attraction of many controversies, some of which were gruesome enough to jeopardize his “still young” professional football career. Since he had missed the first few games at the start of the Giants, he had a golden chance to play in the fifth game of the whole rookie season. In his first season alone, Beckham broke several rookies receiving records. Late in the season, Odell made a one-handed touchdown catch and attracted national attention. This catch is still referred to as the greatest catch of all time by sports pundits and specialists. Beckham continued his brilliant form and went on to secure wins for the New York Giants, sometimes single-handedly.

Who is Odell Beckham Jr.’s Girlfriend?

Odell Beckham Jr.’s girlfriend is Lauren Wood. The couple has remained very secretive when it comes to their relationship. The famous couple has been together for two years. Not much is known about their romantic tale, but in 2019 Lauren posted a festive birthday tribute to the sports star on her Instagram. The popular couple made their red carpet debut at the lavish Vanity Fair Oscar party in February 2020, with Odell looking modest in a white suit and Lauren looking gorgeous in a satin gown. It’s been some time for the player, who played his first game for the Rams.

His girlfriend, Lauren, is seen in some of his games to cheer up her handsome beau. Most recently, in November 2021, football star Odell Beckham Jr. and his girlfriend Lauren Wood publically announced that the popular couple is expecting their first child together. The 28-year-old Lauren revealed the news on her Instagram and shared a photo of herself with the 29-year-old young wide receiver for the Los Angeles Rams. The model shows her growing baby bump in the photo while Odell is cuddling her tummy from behind. Previously, Odell Beckham Jr. was involved in a long-term relationship with reality TV star Khloe Kardashian, and the two have been seen holding hands on various shows. He is also said to have linked to Amber Rose and Zendaya.

Who Is Lauren Wood?

Lauren Wood is a well-known influencer, model, and actress who was born in Texas in March of the year 1993. She has two sisters and has more than 1.7 million followers on Instagram. As an influencer, she has endorsed various brands such as Grenade and Novex Hair Care. Wood posts videos of her daily workouts on Instagram, where she’s very active. She rose to prominence after starring in seasons six and seven of Wild’n Out; the hit MTV show. Lauren was voted “Favorite Girl” by fans of the show.

She had also made her appearance on the TV show Ballers, the HBO TV show, in the year 2019. In the same year, her relationship with Beckham Jr. went public. Wood was a regular during the Browns Games when Beckham was playing in Cleveland. Lauren also had a past relationship with boxing superstar Floyd Mayweather. She was also spotted with NBA star James Harden in Las Vegas in the year 2019, but it’s unclear if they were in a relationship or not.

Odell Beckham is a good friend of David Alaba, a Bayern Munich star, and Odell mentions that he is one of his favorite footballers at the moment. Odell is a public figure and does not hesitate to reveal his personal life to the media and fans. He has always been concerned about his future, which is why he still practiced a lot in his free time. He also loves Italian food and says he is addicted to it.

Also, he is quite active on social networking sites and has a large following on Twitter. He considers NBA star Shaquille O’Neill a father figure. He says Shaq is the most influential athlete for him, apart from his parents. Odell Beckham Jr. is a romantic comedy fanatic and says “Lady in the Tramp” is one of his favorite films of all time. Odell himself is a style icon and loves to experiment with different hairstyles and beard designs.

Also Read: Rakul Preet’s Boyfriend: Who Is The Famous Indian Actress Dating in 2021?