A Cyber-attack at NYPD may see Danny and Baez forced to let go a suspect while Jamie also learns a family secret in Blue Bloods Season 12 Episode 9. 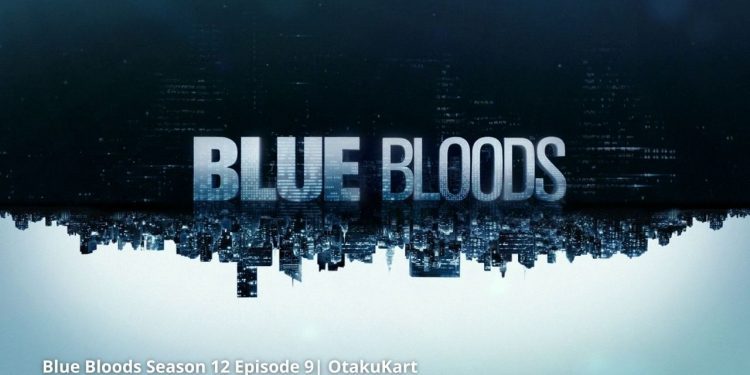 From The Intro Of Blue Bloods Season 12

Blue Bloods Season 12 Episode 9 sees a cyber attack coming NYPD’s way. Eddie may find herself handling multiple things at the same time as things go wrong. If that wasn’t enough, Danny and Baez might have to let go of a suspect during this attack. Also, even Jamie is about to learn a secret that might be the come out because of this cyber attack. Before we move to the same, recently on the show, Erin was trying to touch a new height. She was planning to run for the DA. So she went to someone who is already been in this playing field for a long. At the end of the day, she didn’t get the answer she was expecting from her though but there was someone else standing for her.

Apart from that, we saw two unlikely partners pairing up and making things work. First, let’s talk about Eddie and Badillo. A partnership that has been falling for a while came to a point where they got sick of each other. The only thing that could have summed up their partnership was if Eddie knew his past. Coming to the second is Danny and Anthony with Danny unlikely calling him to pair up. Although they don’t get along on cases, they do catch the guy and it’s worth it when it involves Anthony’s family member.

Previously on Blue Bloods Season 12, we opened up with Badillo complaining to Jamie that he is having troubles with Eddie. They both don’t go well together as partners. Talking about partners not working together, Anthony introduced Danny to his cousin Joey who is connected with the gang Double Treys. In fact, they are hunting Joey down. Anthony offered him protection if he goes undercover for them. Danny on his side asked Anthony to tag along with him on this investigation. They both don’t go well together but Anthony cares for his cousin no matter how many times he has messed up. Therefore, he joins Danny.

Erin on her side is looking forward to becoming a DA and taking all the help she needs. Therefore, she came in contact with Lisa. Frank faces problems from an organization called Patrons Of Police who have strong support. They use Frank as their founder and his statements as front and center of their cause. Frank despite having no association with the group could not do anything about it. Frank later met the head of this organization Kurt but they didn’t get on the same page. Instead, he invited Frank to his show.

Danny and Anthony took Joey on his first mission to reach the first link to the Double Treys. Meanwhile, Eddie also had complained about Badillo and her not working out great. They went on a mission that became a prime example of the same. Erin looked for ways people could like her if she wants to become DA. She believes it’s her career that is coming her way but Anthony helped her a little.

Jamie later talked to Eddie and told her about Badillo losing his partner. He wants her to do the same she did for her and help him to get him back on track. Danny and Anthony’s mission goes sideways with Joey kidnapped. They later find him and takedown the gang who kidnapped him. Lisa tells Erin that she isn’t ready just because she believes she doesn’t have good relationships with many but again Anthony tells her that she is ready. Eddie and Badillo talk and Frank agrees to join Kurt on his podcast.

Blue Bloods Season 12 Episode 9 is releasing on 10 December 2021. It is titled, “Firewall”. The official synopsis of the episode suggests NYPD is under cyber-attack. The one that requires Danny and Baez to be forced to let the suspect go. What this suspect has to do with the attacker remains a secret but might lead to a bigger threat. Amidst all of this, Baez is also struggling and questioning her position at the NYPD.

Coming to Eddie, she recently realized the past her new partner Badillo has been through. If she had known this earlier, she may have tried to understand him instead of fighting him over his moves. Although they have connected, the workplace may see her doing multiple jobs at once amidst the cyber attack. Lastly, the synopsis also teases Jamie learning a family secret in Blue Bloods Season 12 Episode 9.