Nvidia RTX 3090 Ti Specifications: When is it Coming?

CES 2022 is a big event for the Nvidia as they announced powerful and monstrous successor to RTX 3090, the RTX 3090 Ti. We talk all about it. 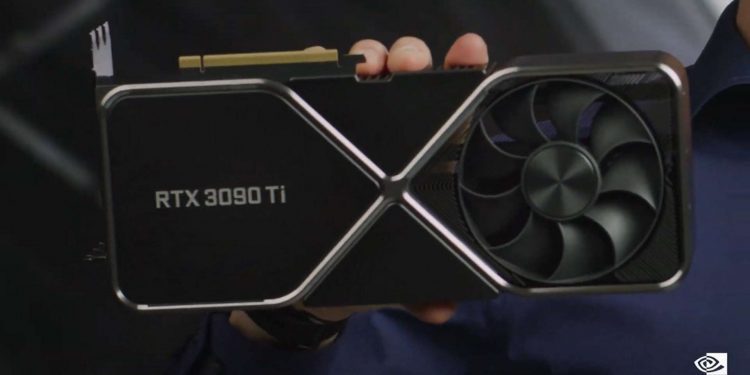 At Consumer Electronics Show or more prominently known as CES 2022, Nvidia unveiled many new things for the player and general consumers. Among those things was the successor of RTX 3090, the RTX 3090 Ti. What is its specification? When will it release? What will be the price of this GPU? Worry not, as we will tell everything related to this beast of a GPU in this article.

The Nvidia GeForce RTX is a series of high-end visual computing platforms. The RTX stands for Ray Tracing Texel eXtream. These platforms are used for complex and large-scale designs like architecture, film productions, etc. The RTX cards allow real-time Ray Tracing in video games, which were previously impossible in them. Nvidia closely worked with Microsoft to integrate the RTX support in Microsoft’s DirectX API to allow Ray Tracing. The RTX started with Nvidia’s 20 series GPUs, the first being RTX 2080, released in mid-2018.

RTX 2080 at release was 75% faster than the GTX 1080 in various games. Nvidia then released other cards in the RTX lineup ranging from mid-range to enthusiasts(super high end or RTX Tis). In 2020 an Ampere-based GPU named RTX A6000 was released for professional workstations use. In January 2021, the RTX series has sold more than 20 million units.

At the CES 2022, Nvidia, along with new products, revealed RTX 3090 Ti. This newly announced GPU is a monster, and we are not calling this GPU monster a joke. Nothing major was shown for this GPU at the online event, but some details were enough to know how superior it is to the RTX 3090.

3090 Ti will use the same chip as its predecessor, the 8nm GA102 chip. It will squeeze more performance from the GA102 chip and will offer 10,752 CUDA Cores. The GPU will come packing with the same 24 GB GDDR6X video memory, the same as OG 3090, but will push the VRAM usage at 21Gbps, whereas it was 19.5Gbps in its predecessor. The 3090 will have a 7.7 percent increase in memory clock from its predecessor. This additional power will provide better performance in gaming, rendering, AI tasks, etc.

How much power will it consume if it is this powerful?

The details for this question are unknown at this point in time. More news regarding 3090 Ti will drop in the latter part of January. Some rumors have suggested the power consumption of 3090 Ti. The beast will use a 1000W PSU with a TDP of 450 watts, which is a 100 watts increase from 3090 and 250W increase from recommended 750W PSU.

Nvidia will have more details, which we did not get this time, come out later this month.

RTX 3090 Ti: When Will This Monster Release?

The Nvidia CES 2022 event unveiled the new GPUs in the RTX series with the highest and most powerful GPU model named 3090 Ti. Nothing much regarding the 3090 Ti was announced. Some specs were announced, with more details to arrive later this month. The release date will be one of them. Many speculations are also going that GPU will release at the end of January after the second announcement. We can not confirm this, but let us hope that Nvidia does this.

What will be the price of RTX 3090 Ti? The price is also not known at this point in time. 2080 at launch was $700 and, 2080 Ti was $1000, so we consider this then 3090 at launch was $1500, so the 3090 Ti can launch either at $1900 to $2000 mark. But please take this as a speculation and nothing more. It can launch at less, which is very unlikely, or more than the $2000 mark. And the most important thing is that when it releases make sure to keep all the devices near you so that you can at least get the chance to order in one of the devices because the scalpers will surely snatch it before you can. And demand will also be much higher than the supply.