Today we’ll be talking about Nurses Season 2 Episode 2. Global Network again made a comeback with the second season of the Canadian series “Nurses” recently. This network has come up with the second season fast and the fans are very much happy with this. Moreover, it has improved the storyline and many other things that we will be sharing in this article. Nurses are a Candian medical drama series that was released in 2020 for the first season. The first season of this series was such a big blockbuster that, Global network renewed it for season 2 in the same year.

NBC premieres this series in the United States Of America and from there also it is getting a great response. Tiera Skovbye, Natasha Calis, Jordan Johnson-Hinds, Sandy Sidhu, and Donald Maclean are the lead actors of this series. They all have made a comeback for the second season and have completely nailed their performance again. Ilana Frank, Linda Pope, Vanessa Piazza, Adam Pettle, Jocelyn Hamilton, Tassie Cameron, and Julie Puckrin are the executive producers of this series in association with ICF Films and Entertainment Corus Films.

Also, we would like to share with you all that the crew of this series is completely the same as of the Canadian series “Rookie Blue”. All behind the camera team of the “Rookie Blue” series joined their hands. This was done to create a stunning series for the viewers and they have been successful in it. This series revolves around the life of a group of nurses at a busy downtown hospital in Toronto. As you all know, this series recently made a comeback with its season and it has got only one amazing episode released. So, now it’s time for episode 2 of this season, and here are all the details you should know. 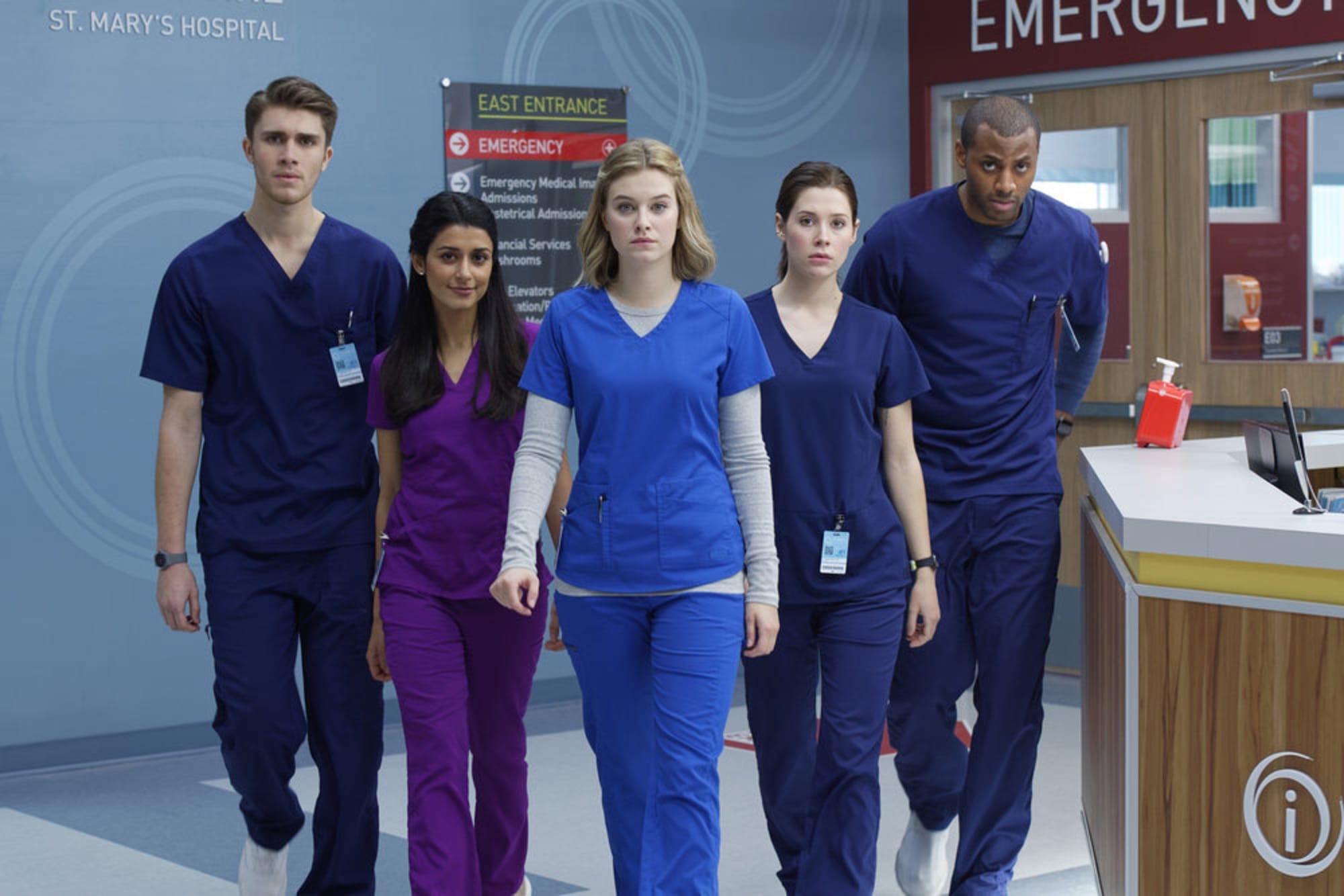 All The Lead Cast Of Nurses Season 2

Nurses Season 2 Episode 2 is all set to release on June 28, 2021 and is titled “Chaos Magnet”. Thom Best is the director and Adam Pettle is the writer of this episode. All the viewers have set huge expectations from this episode. As the first episode of this season was fabulous and beyond the imagination of the audience. It has set the bars high for the new episodes and the upcoming episodes are going to be even crazier. There is no doubt in the fact that season 2 of this series going to have a blast as it was visible from the start.

For all the Canadian audience who are having a cable connection, this episode will premiere on Global Network. Those who are not having a cable connection can enjoy this episode on the official site of Global Network. For all the American audience, it will premiere on NBC Network and will also release on the official site and app of NBC. This series is also available on Amazon Prime Video. Hence, you can buy or rent it from there also. Very soon, this season 2 of Nurses will also premiere on Apple TV for the international audience.

We have even got some really amazing spoilers from the second season of this series that you should definitely check out. We can very confidently say that these spoilers will gradually increase your excitement for the second episode of this series. In this episode, you will witness that it will be a typically crazy day at St Mary’s when an Amber Alert rings out. But, the nurses will be completely unknown to the fact that the perpetrator and the abducted child are still in the hospital. 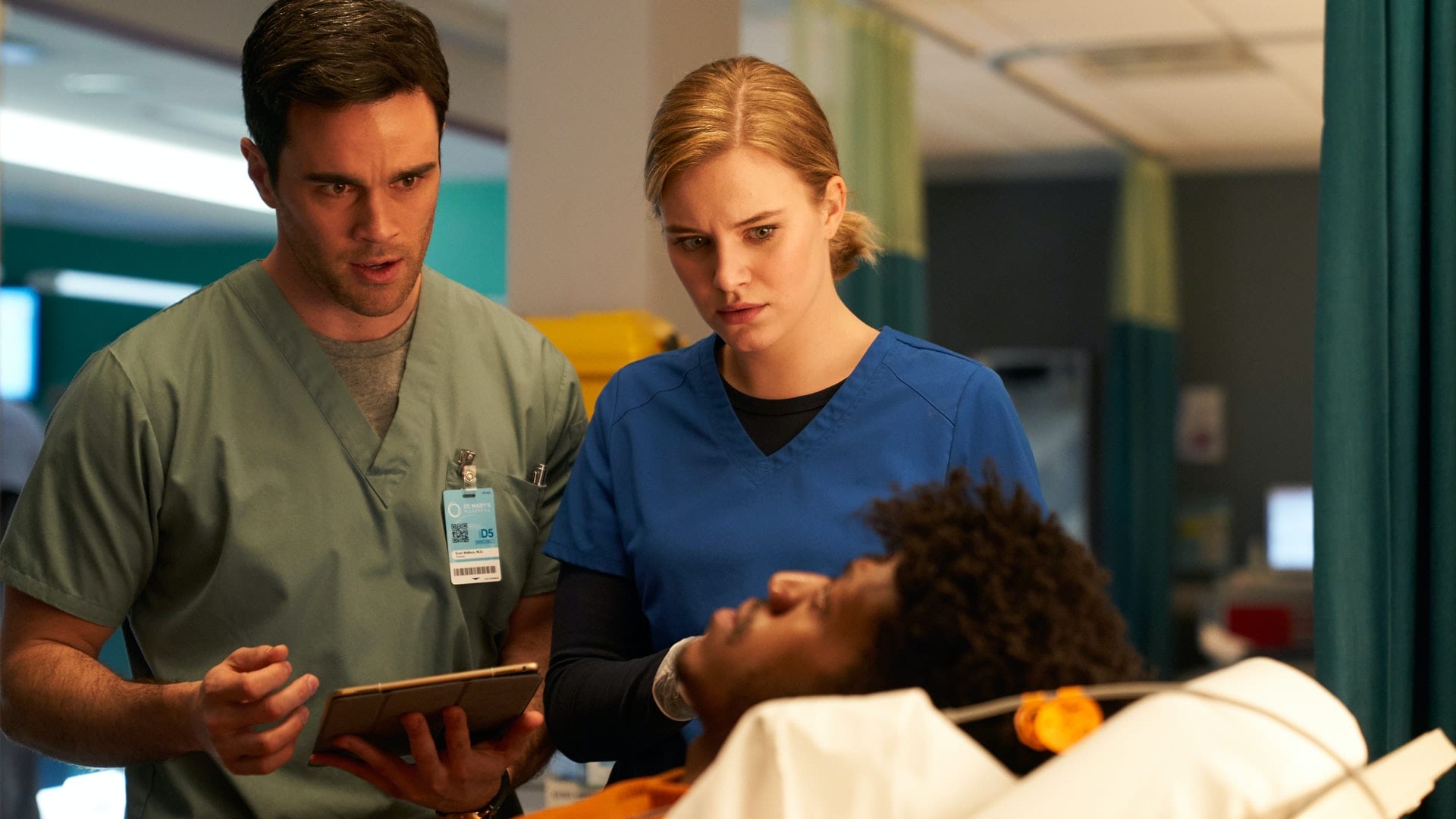 A Still From Nurses Season 2

The episode was titled “A Thousand Battles” and it released on June 21, 2021. Kelly Makin was the director and Patrick Tarr was the writer of this episode. In this episode, the hospital again becomes a battlefield as the 5 favorite nurses are back again. But this time there is a new general in the town: nurse manager Kate Faulkner. He will be giving all of them a run for their money and salary. This was more of an introductory episode was but completely mind-blowing. As of now, we have shared all the major details about episode 2. We will be back soon with more updates like these, so stay tuned to our site to know all the latest updates.