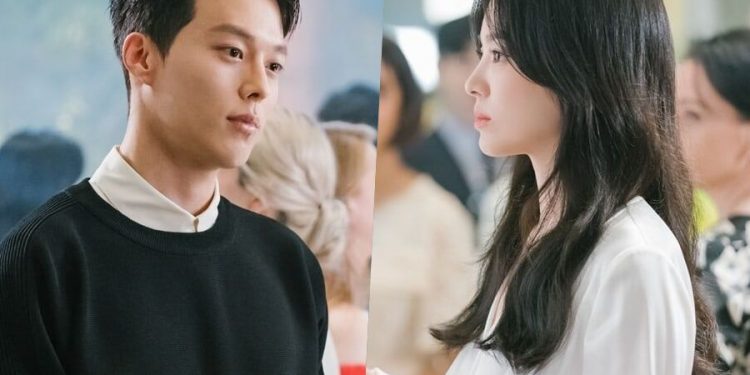 With episode 16 on the way, ‘Now We’re Breaking Up’ is finally coming to an end this Saturday. While Young Eun didn’t accept the job offer from Paris. Not wanting to give up on Young Eun despite everyone being against their relationship. Jae Guk asked Young Eun to come with him to Paris once again. While she couldn’t say no to him at that time. She isn’t really sure how she’s going to leave everything behind. And she doesn’t want him to leave and is not sure how she’ll live without him. Presenting to offer to her, Do Hoon has been discussing everything with Young Eun. Telling her about all the incentives and opportunities she’ll get along with the job.

Telling her that she’ll get to be together with Jae Guk too as he’ll be working in Paris too. Do Hoon asked Young Eun to go with Jae Guk to Paris as both of their dreams would be coming true. SONO has decided to stay at The Hills considering all the privileges they’ll be getting. And knowing that Young Eun had a really good job offer from Paris, CEO Hwang was worried that she might take the offer up. But in the end, she stayed. While the news of Olivier’s offer was already through her office, Young Eun was focusing on setting up SONO at The Hills.

Mi Sook and Min Kyung were together when she asked about how Min Kyung felt about So Hoo. Asking her about her hobbies and other stuff, Mi Sook wanted to make sure if Min Kyung would be the right person or not. Well aware of her husband’s affair with her, she is breaking up with all her greedy emotions and setting him up with Min Kyung for his future. As Soo Ho asked her why she would do that, she just told him she knew about what he was doing. Falling down to his knee, he apologized as she asked him not to make her too jealous and to take care of the family.

The three friends meet again as Chi Sook cries about Do Hoon being the same as other guys. Thanks to her ex-boyfriend, Chi Sook is now suspecting Do Hoon that he might be with her for the material gains. Getting to know that he’s been meeting with her father personally and the contracts. Her doubt was through the roof. Going to see Do Hoon, she told him that she wanted to break up with him. And also wants to know the truth as Chi Sook accused Do Hoon of being with her for money and contracts. Do Hoon cleared the misunderstandings telling her that dating her just made his work harder. And that he never used her for his profit. Disappointed with what just happened, he kicked her out of the office.

‘Now We’re Breaking Up’ episode 16 will release on January 8, 2022. Getting curious about what was going on, Young Eun’s father went on to read his wife’s diary that she’s been writing recently. Finding out things that he wasn’t aware of for so long, he went on to apologize, but it just wasn’t the right time. Coming back home, Jung Ja found no one at home but a sorry note in her diary. So while her father tries to fix things with his wife and daughter. Young Eun’s family has to solve some issues. While Mi Sook’s life is almost ending, she’s trying to give her husband a happy family by the time her farewell comes. On the other side, Chi Sook and Do Hoon have finally broken up. While their future remains unanswered till the finale. Young Eun really needs to focus on SONO and Jae Guk to finally reach the goal she has been longing for so long.

‘Now We’re Breaking Up’ episode 16 will be available to watch on streaming platforms like Rakuten Viki and Viu.