Will Young Eun & Jae Guk Give Up On Each Other In ‘Now, We’re Breaking Up’ Episode 11? 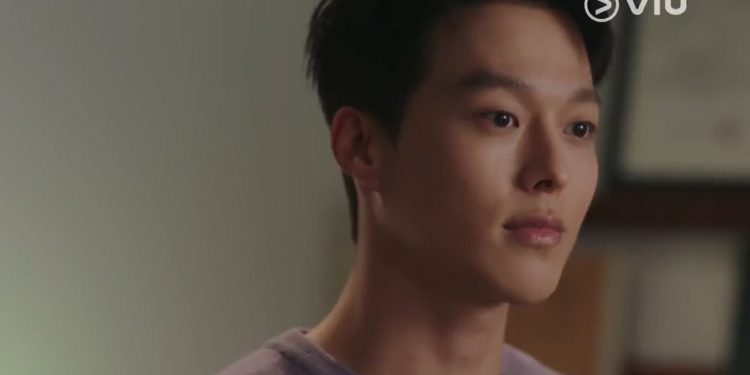 ‘Now, We’re Breaking Up’ Episode 11 is on releasing the weekend, and here is everything that went down with our lovers. With everybody rooting for Young Eun and Jae Guk, they were having a pretty good time. But it didn’t take long for things to go downhill as soon as the families got involved. Young Eun has been keeping her head up even though hearing Soo Wan’s name hits her hard. While Yoo Jung is losing her stability as time passes, Watching Young Eun pass by her without a look, her insecurities are starting to rise. The scene from ten years when Soo Wan left her for Young is still fresh in her mind.

Young Guk asked Young Eun if he wants to meet her parents too. As she finally went to meet Yooo Wan’s mother. Telling her how much she cared about her sons, his mother asked her to persuade her. Only then she would approve of their relationship. While Jae Guk tried his best to get Young Eun brownie points from his mother. She just went on to discourage Young Eun from staying with him. Telling her that she won’t be around if they decide to marry each other and reminding him of Soo Wan at every moment she could get.

As Young Eun’s father is retiring from his job, her mother has also decided to retire from the position of his wife. But she does want to continue being a mother. So, when she got to know her daughter has been seeing a guy, she got so excited that she wanted to meet him as soon as possible. After the retirement ceremony ended, Young Eun called Jae Guk to the school to meet her parents. And her mother got so happy looking at the handsome man and talked about the possibilities of marriage and starting a family. But Young Eun had to bring her mother back to the ground as she told her that Jae Guk is Soo Wan’s younger brother. While Jae Guk told the same to her father. And all the happiness vanished from the family in a minute.

Also Read: Happiness Episode 9 & 10: All the Twisted and Terrific Scenes

She went to talk to Young Eun, asking her not to go with Jae Guk as she would be the only one to get hurt. But Young Eun doesn’t wanna break up as she didn’t do anything wrong. She still loves him so much but can’t see him anymore. She’ll only break up with Jae Guk when it won’t hurt much either of them. Thinking about everything, she handed the divorce papers to her husband. Young Eun’s mother went on to talk to Soo Wan and Jae Guk’s mother. As she asked her to apologize for all the pain her son has caused her daughter. Soo Wan’s mother told her that Soo Wan is dead and she has to live without her son all her life.

‘Now, We’re Breaking Up’ Episode 11 will release on December 17, 2021. Going straight to Jae Guk’s studio, she reminded Jae Guk how much his brother and mother have hurt her daughter. And that she doesn’t want her to go through the same again. Reminding him of his dead brother, she told Jae Guk that she doesn’t wanna see him again and took Young Eun with her.

The other night, Young Eun went on to see him, asking him why didn’t he stand up for himself. As she scolded him, the only thing Jae Guk could think about was how much they loved each other. Telling each other that they will keep loving each other till the end, they kissed. While the thought of his mother telling her that Jae Guk would always live in guilt was still fresh in her mind.

But as Jae Guk’s mother and Yoo Jung doing everything they can to break them up, how long would Jae Guk and Young Eun would be able to hold up?

‘Now, We’re Breaking Up’ episode 11 will be available to watch on the streaming platforms like Rakuten Viki and Viu at 10.30 pm KST.

Also Read: Will Lee Hwi’s Journey As The Crown Prince End In ‘The King’s Affection’ Episode 20?

Will Kawaki Become a Shinobi In Boruto: Naruto Next Generations Episode 229?