Not Me The Series Episode 6 is coming soon, bringing new dangers for our fighter gang! The latest episode shows that White sees Gram and Eugene’s secret meeting and begins suspecting they might be dating behind Black’s back. Thus, to get bottom of this, White even makes an excuse and crashes Gram’s house to find any leads. However, while searching through every nook and cranny, White discovers that Gram may be having feelings for Black. This turns the whole situation in a different direction. He even asks Todd’s help, who tells him to dig more on the team members.

Meanwhile, White and Sean’s fighting brings them closer despite their strong denials. Gumpa starts training them for their upcoming mission, where they plan to attack Tawi’s business unit. While training, White learns to embrace bravery and fear and understands that one can’t find courage before overcoming their fear. Although White and Sean constantly bicker, fans should get ready to witness the steamy chemistry between Off and Gun! Also, there will be another couple, Yok and UNAR! They have gotten only a little scene time so far but, there is no denying that the second couple will also become fan favorite!

Furthermore, the members have begun suspecting White’s strange behavior, especially Sean. And this time, even Yok and Gram agree that Black (White) has changed. At the last moment, White is attacked by some people. Who are they? Will White be able to find his brother’s attacker before his mask falls off? Find out how the next mission brings trouble for the gang members in Not Me The Series Episode 6!

Another danger will lurk over our boys in Not Me The Series Episode 6, and the preview is the proof of it. It seems that the people who attacked White in Ep 5 ending are Black’s gang members. After all, White went to the garage after Sean abruptly cut his call. It must be one of Gumpa’s special training. Therefore, their training will continue, and finally, Sean will share his plan. Sean’s planning to attack Tawi’s beverage factory and put a contaminant in their product. This way, Tawi will stop manufacturing those products, which small enterprises could do. After all, the squad wants to prevent Tawi from monopolizing the whole market. 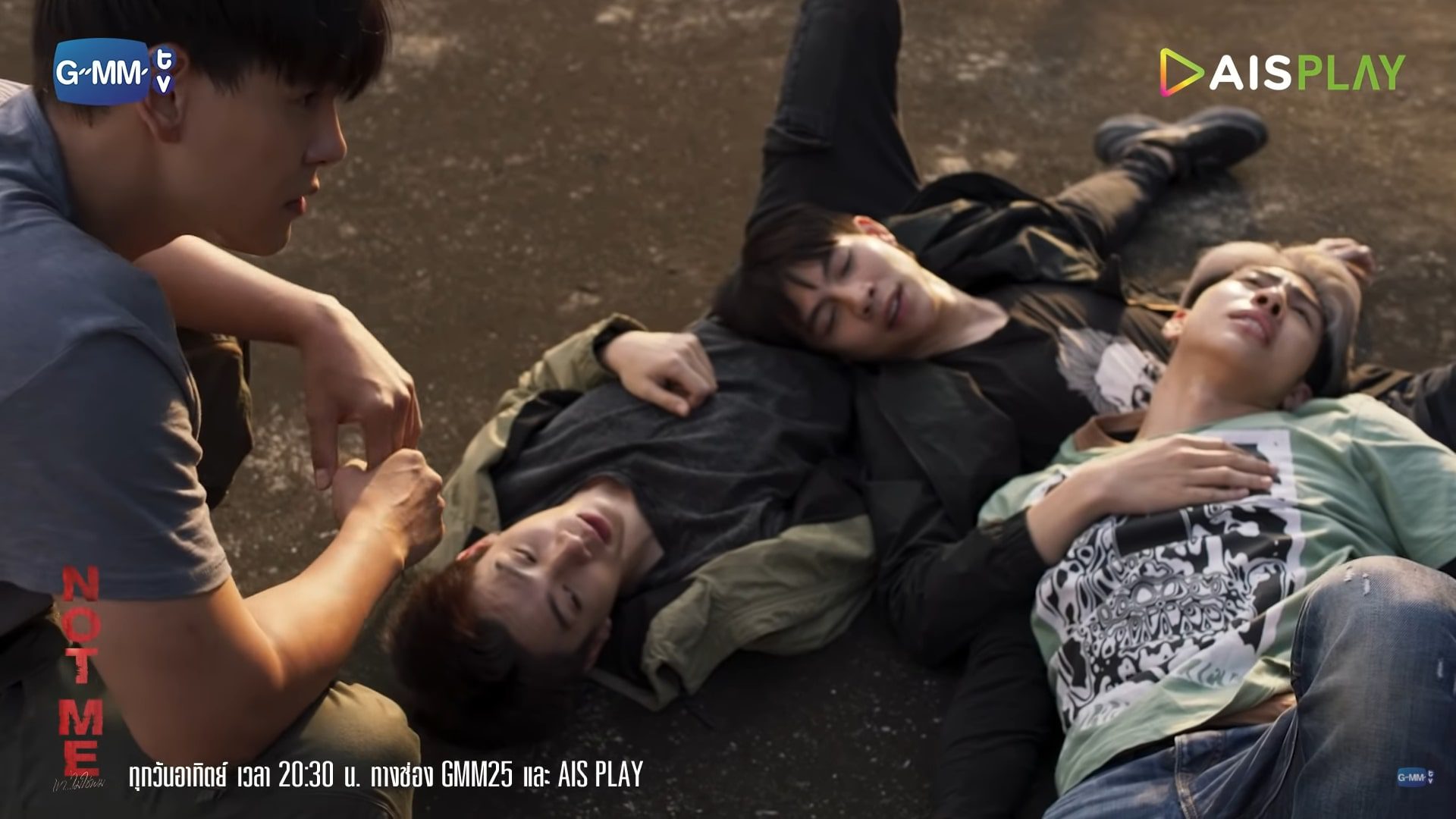 However, their mission will backfire! Although they complete the task, they will have to face an unexpected situation. At the same time, police will arrive at the factory and close down the gates, trapping the boys inside the factory. How will the gang get out of this emergency situation? Do they have any backup plans? If not, how will White and Sean overcome the new danger? Or will they get caught by the police? Find out how White and Sean complete their mission despite facing risk in Not Me The Series Episode 6!

Not Me The Series Episode 6 Release Date

Not Me The Series Episode 6 will be released on 23 January 2022 at 8.30 pm ICT on the GMM25 channel. Finally, the story has revealed new clues yet makes it more complicated. It seems like an endless maze without a way to get out. Meanwhile, White is ready to change his world and accept the darkness of his twin’s world to bring justice to him. However, it seems new obstacles are coming closer as Sean’s doubt grows day after day. How will White find the rat when his heart has begun to distract him? To know how White and Sean’s love begins, watch every new episode of Not Me The Series every Sunday. All episodes air for 45 minutes. 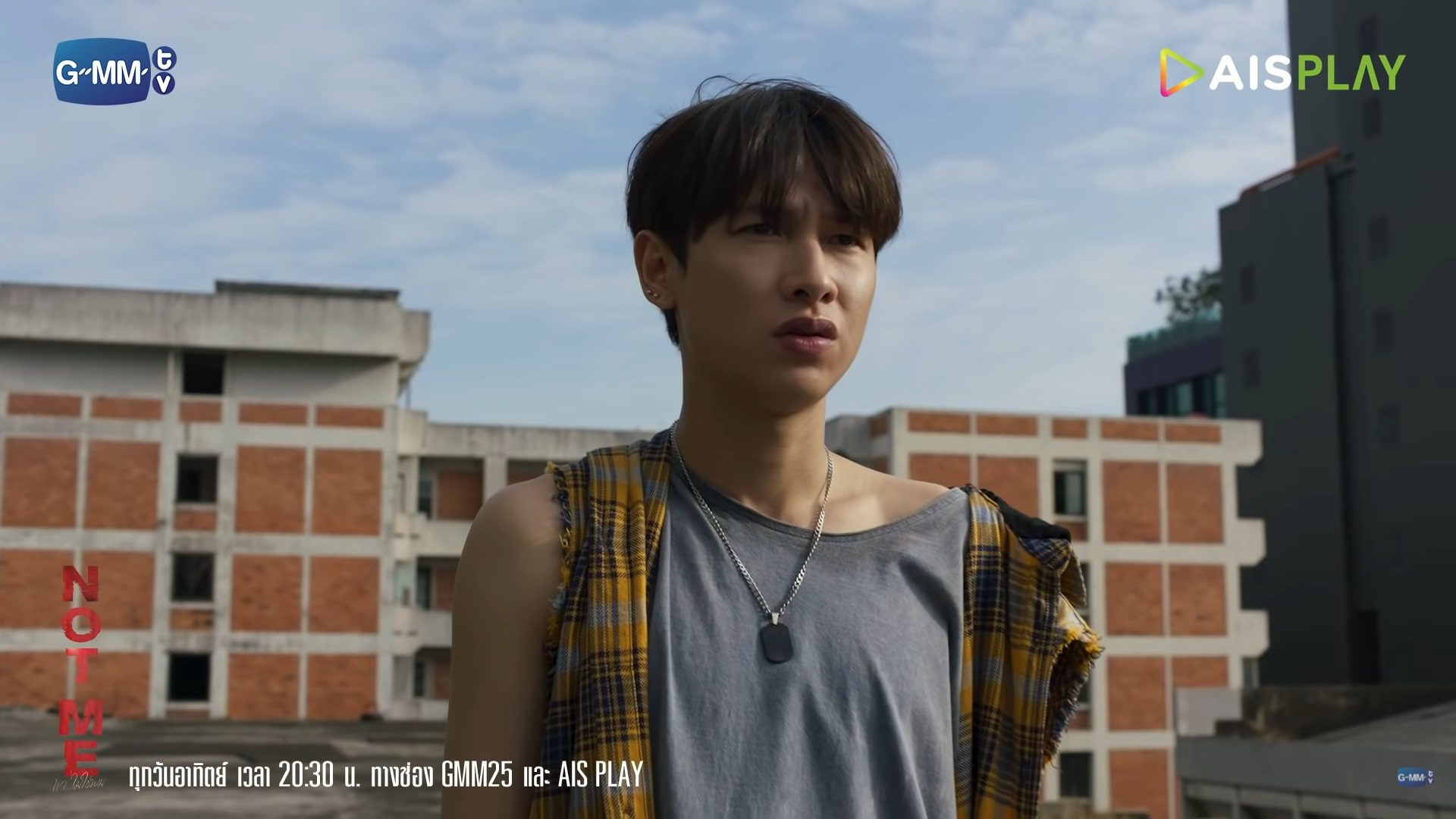 Not Me The Series is broadcasting on the GMM25 channel at 8.30 pm ICT for domestic people. At the same time, it will be airing on AIS PLAY. In the other countries, the episode will be out on the same day at 7 pm in India, 8.30 am in the USA, and 1.30 pm in the UK. On 24 January 2022, it will be out at 12.30 pm in Australia. For Philippines fans, it is available on iWantTFC. For international fans, it is streaming on GMM25’s official YouTube channel.