by Ranjita Paul
in Net Worth
Reading Time: 3 mins read
0 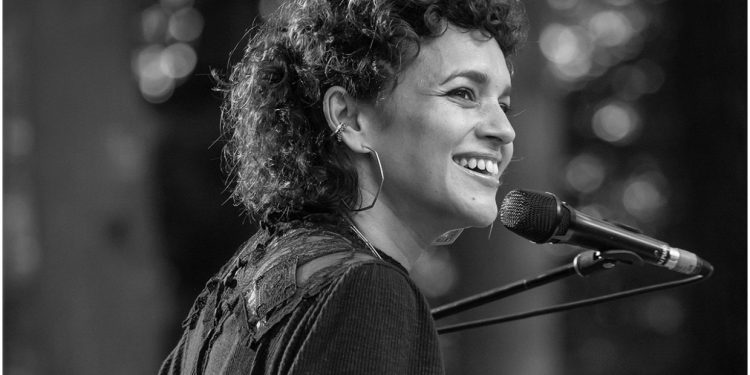 Norah Jones has been impressing fans with her soul-soothing voice for years now. Apart from this, what do we know about Norah Jones’ net worth? The popular American singer, songwriter, and pianist has been an absolute fan-Favorite in the industry. Not to forget 50 million records worldwide! The singer has been named the top Jazz artist of the 2000s decade by Billboard. The nine-time Grammy winner has been ranked 60th on Billboard magazine’s artists of the 2000s decade chart. Jones recently released her first-holiday album, titled I Dream Of Christmas, via Blue Note Records.

The holiday album is described to be a heartfelt amalgamation of a delightful and comforting collection of timeless seasonal favorites and affecting new originals. The newest holiday release will explore the complicated emotions of the current times and our hopes that this holiday season will be full of joy and togetherness. She recently released exclusive audio of Christmas Calling in advance for her fans. The singer’s work was widely celebrated in Daryl Easlea-hosted podcast M Means Music. Let us take a closer look at all the details and lesser-known facts about Norah Jones’ net worth.

Norah Jones’ net worth is estimated to be something around $25 million. The singing sensation kick-started her musical career with Come Away With Me. The record was such a big release that it went on to sell over 27 million copies! Not to forget, the record won not one but five Grammy awards. Podcast host Daryl Easlea recently described Jones as a redoubtable singer-songwriter of the past 20 years since her debut album Come Away With Me became a global success while describing her newest release, I Dream Of Christmas, coming at the right album at the right time.

Apart from her thriving singing career, Norah made her debut as an actress in the feature film My Blueberry Nights. The movie made its way back in 2007. The singer has a musical background as she is the daughter of popular Indian composer and Sitarist Ravi Sitarist.

Also Read: Sondheim Net Worth: How Much was the Late American Composer Worth?

It seems like singing stars Norah Jones and Mickey Guyton is bringing the holiday spirit earlier this month at the Annual Ceremony, Rockefeller Center.  Jones got into the Christmas spirit while wearing a festive green sweater along with a glittering black suit coat along with a matching sparkly tie. Black hat covering her head with her curly auburn locks flowing from it. Have an exclusive sneak peek into the brand new holiday release by Norah Jones. It seems like music fanatics are going to have yet another soulful song to listen to this holiday season.

Along with Jones, Alessia Cara and Pentatonix also entertained everyone with their soulful music. New York City mayor Bill de Blasio and Rob Speyer went on to light the iconic tree.

Norah Jones gave her fans a big surprise as she launched her beautiful rendition of The Christmas Waltz as an Amazon Original. Music fanatics can get into the holiday spirit as they can hear an exclusive 30-second preview as well. In an exclusive interview with Rolling Stone, Jones revealed that she found herself listening to James Brown’s ‘Funky Christmas’ and ‘Elvis’s Christmas Album’ on Sundays during lockdown for a sense of comfort. It was earlier in 2021 that Norah Jones admitted to starting thinking about making a Christmas album of her own. It gave the singer something fun to work on and look forward to.

While talking about the big release, Jones admitted that she is so excited to get to put her spin on this song. She further said that it completely captures that moment when the air changes and of getting into the spirit of Christmas. The track will also follow the release of Jones’ first-ever holiday-themed album titled I Dream Of Christmas. Her Christmas album will also include an exclusive new tune, “You’re Not Alone”. Several other singers have also partnered up with Amazon for a holiday special.

Also Read: Martin Kemp Net Worth: How Much Does He Earn In 2021?