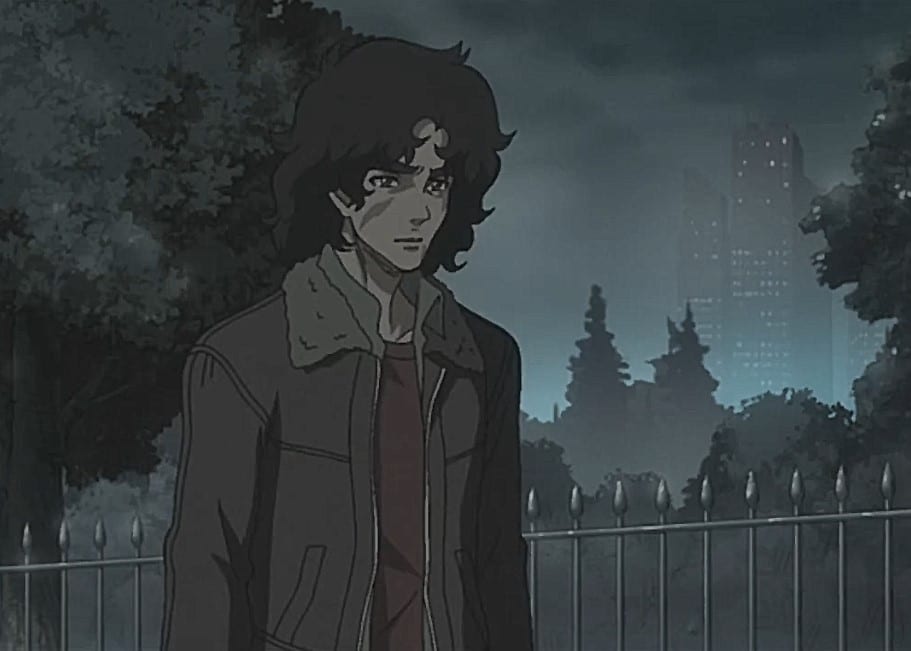 Gearless Joe became reigned as the champion of Megalonia and make his name. Megalomania is the first megalobox tournament that decided the most potent champ. Joe becomes the most feared fighter until he suffers a knockout loss and disappears for many years. But he came back with a new name as Nomad. The current champ challenged Nomad AKA Gearless Joe to return for the last time in the ring. Nomad: Megalo Box Season 2 will conclude soon with only a single episode left.

In the morning, Nomad decided to call him Joe since they couldn’t get over his old name and talked with Chief about the boxing match. Chief asks Joe when he got into the ring as Nomad and why he wear his Gear. Cheif also asks Joe if he didn’t want people to find his real identity. Joe replies that Gearless Joe doesn’t belong only to him since he got that Gear as someone else.  Chief reveals that he made his Gear with his son Carlo. So when he put on that Gear, he feels the presence of his son Carlo by his side.

Chief comments that his Gear is his lucky charm, and a person doesn’t have to make mistakes and disappear. Later, Joe visited the hospital after realizing that Chief told him that he would return to the ring one day. The doctor told Sachio that Joe must have been suffering from headaches for a long time. The doctor also reveals that Joe’s body is addicted to painkillers for years. Joe’s friend shows that after stopping to use painkillers, Joe has been doing fine. Finally, the doctor said no single boxer in this world that doesn’t have some brain damage.

The doctor explains why the boxers suffered brain damage, and it leads to death. Ochio arrives and asks about Sachio. The boys reveal that Sachio went to retrieve his stuff from Drunk Monk. The doctor allows Team Nowhere to enter Joe’s room and finds that Nomad is recovering. Ochio wonders how Joe managed to survive after passing out. Joe wakes up and told everyone that he is okay. Bonjiro comments that Popp said something like that when he is in his dying stage. One of the boys told Bonjiro not to say stuff like that.

They realize that Joe has an upcoming match with Mac. Ochio comments that she was surprised to hear that Joe is addicted to painkillers. Ochio told Joe to promise them not to lie or hide anything from them. Joe replies that he will never betray Team Nowhere, and the repairs to Gym Nowhere will get done soon. The boys think that it will be best to celebrate Joe’s recovery. Later, Sachio visits Gym Nowhere, looking at the work they have done so far. Meanwhile, Yukiko met with Shirata coming back from school.

Ms. Shirata is the president’s wife, and Yukiko reveals about side effects of the brain chip. Mac has been suffering from brain effects. Yukiko comments thesis is still hypothetical, but Mac’s heath might be affected. Yukiko talked about manufacturing BES, and Shirata asks why Yukiko tells her about the brain chip and BES. Yukiko replies that they thought Shirata would know since she is too close to Mac. Shirata reveals that she hasn’t noticed anything about Mac. Mac’s son enjoys playing a game of fake mud eating with Yukiko. 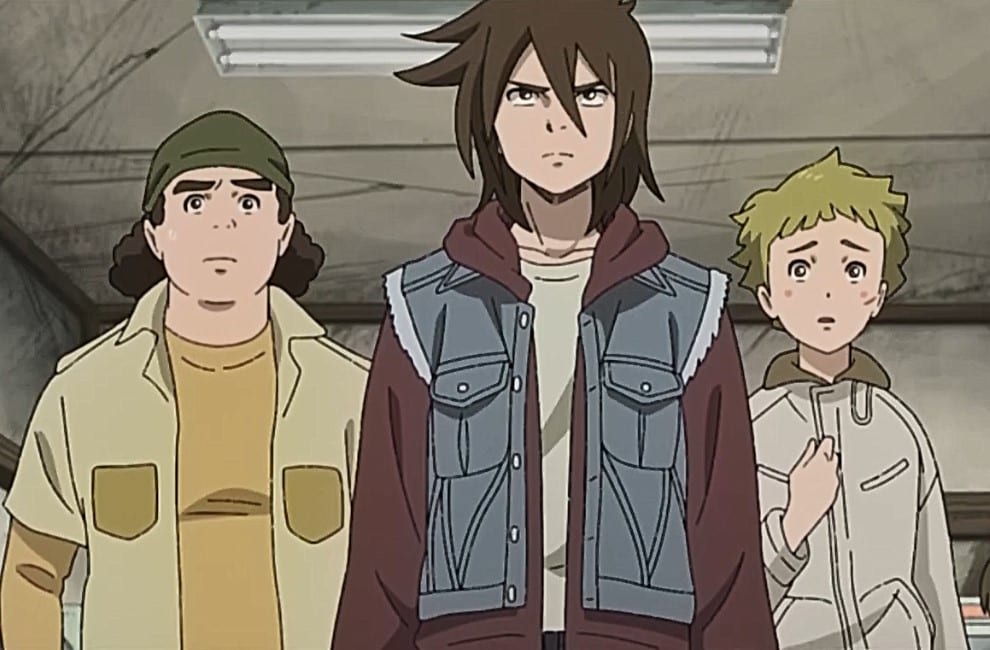 Nomad and The Hummingbird

Miguel left, and Yukiko said she has heard about Miguel’s transplant surgery, and they can find a donor. The boxing promoters had a press conference talking about the goal behind the foundation they had recently established in the evening. The higher-ups reveal that their goal is to build hospitals in the areas where the military has withdrawn. Yukiko also attends the press conference, and talk’s about Mac’s son’s surgery. Mac accepted to fight Joe to earn money for paying the bills of expensive surgery.

Yukiko reveals that Shirata agrees to be part of BES to get her son treated. Suddenly president Shirata arrives at the press conference and addresses BES and the upcoming boxing fight. Mr. Shirata apologizes for not telling Yukiko about the next battle between Mac and Gearless Joe. Yukiko replies that she is sure that there is something behind that surprise. The next day at Gym Nowhere, Team Nowhere gathers, throwing a welcoming party for Joe. Joe is glad the part is on the day of opening Gym Nowhere.

Joe talks with Ochio about the festival of the place that he visited before returning to Team Nowhere. Ochio realizes that Joe is doing everything for Pops. Sachio is back after Joe changes his mind by defeating Ochio in sparring training. Team Nowhere enjoys celebrating the party. After recovering, Joe accepted an offer to fight Mac. Sachio said if he sees that Joe is losing, he will throw in the towel. Later, Mac grabs his boss by the collar after realizing that BES is not working. In the evening, Mac reads his son about Nomad and the hummingbird.