The RHOC star is grieving over her tumultuous split and the messy aftermath of her divorce. 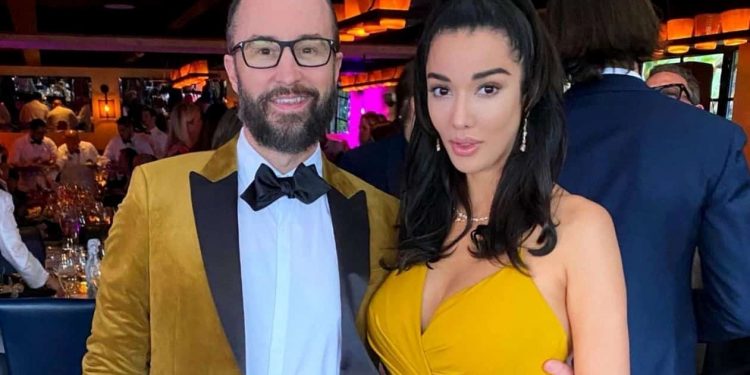 Who is RHOC star Noella Bergener’s Partner? Noella Bergner gained huge fame after starring in The Real Housewives of Orange County. The reality television star recently made headlines after parting ways with her husband. Noella seems to be in grave trouble after her husband has allegedly fled from the scene to avoid tax debt. Noella, who is an RHOC newbie, has admitted that reliving those memories about her split has been painful enough. However, she also added that this show is the reason that she is getting out of bed every morning. The 16th season might be focusing more on the tumultuous split that Noella is going through.

Not to forget how her television newbie claimed that her cards had been shut down, adding on to her financial misery. The RHOC star protected her husband by not speaking about his issues but rather focusing on my journey in this now divorce. While talking about the tumultuous phase that Noella is going through, she chooses not to disclose much as she believes that James is the father of her child and wants him to be well despite the split. Let us know all about the details and lesser-known facts about Noella Bergener’s Partner.

Who Is Noella Bergener’s Partner?

Noella Bergener’s Partner is James Bergener. However, their marital bliss has come to an unexpected as James has filed for divorce. The RHOC star has filed for legal separation back in August, and it has been a rough year for her.

Noella’s husband is a personal injury attorney and is also a member of the Multi-Million Dollar Advocates Forum. She had further written a lengthy post stating how her marriage has been a fight ever since. It was further revealed that her estranged husband had left behind a tax debt of a whopping 5.8 million.

Also Read Did Vicki And Steve Break Up? The RHOC Star Finally Breaks Silence About Her Relationship!

It seems like Noella Bergener is not holding back as she was recently seen making controversial claims against her estranged husband. The RHOC star claimed that she was rather shocked to discover about the tax debts, and her husband was keen on selling their vacation home to cover it.

Not to forget, she further added, saying how he simply left his family behind and served divorce papers from Puerto Rico. Not only that, but she further states that her warranted husband has not been in touch with her or enquired about their son. Noella revealed that James had simply fled the state to avoid his tax debt. James has recently broken his silence over these allegations stating that with the show and filming happening, Noella changed and how she chose the show over him and the family. He further wished his ex-wife all the best for the big opportunity that came in the form of the show.

The RHOC Stars Admits To Feel Lost Since Her Divorce!

The reality television star is having a hard time while grappling with the issues of her divorce from James. As Noella has earlier revealed how her husband has abandoned the family behind and fled due to tax debt issues, she has admitted in the show that she is surely going through a crisis. She was seen sharing her feelings with Nicole as they went out for a drink, and Noella had a tearful breakdown.

Noelle further opens up about her financial struggles as she needs to hear her credit cards running to pay for rent and her son’s therapy. As her son has autism, it is a difficult time for her. She further confided in her friend, saying that her life was falling apart. As RHOC viewers saw, Noella’s outburst was a serious one, and Nicole decided that they should leave the restaurant. Things have surely become more and more complicated, with James finally breaking his silence. He claims that contrary to the allegations, it was Noella who changed and made the show her sole focus. This new statement has taken fans by surprise while making the feud a bit too messier than before.