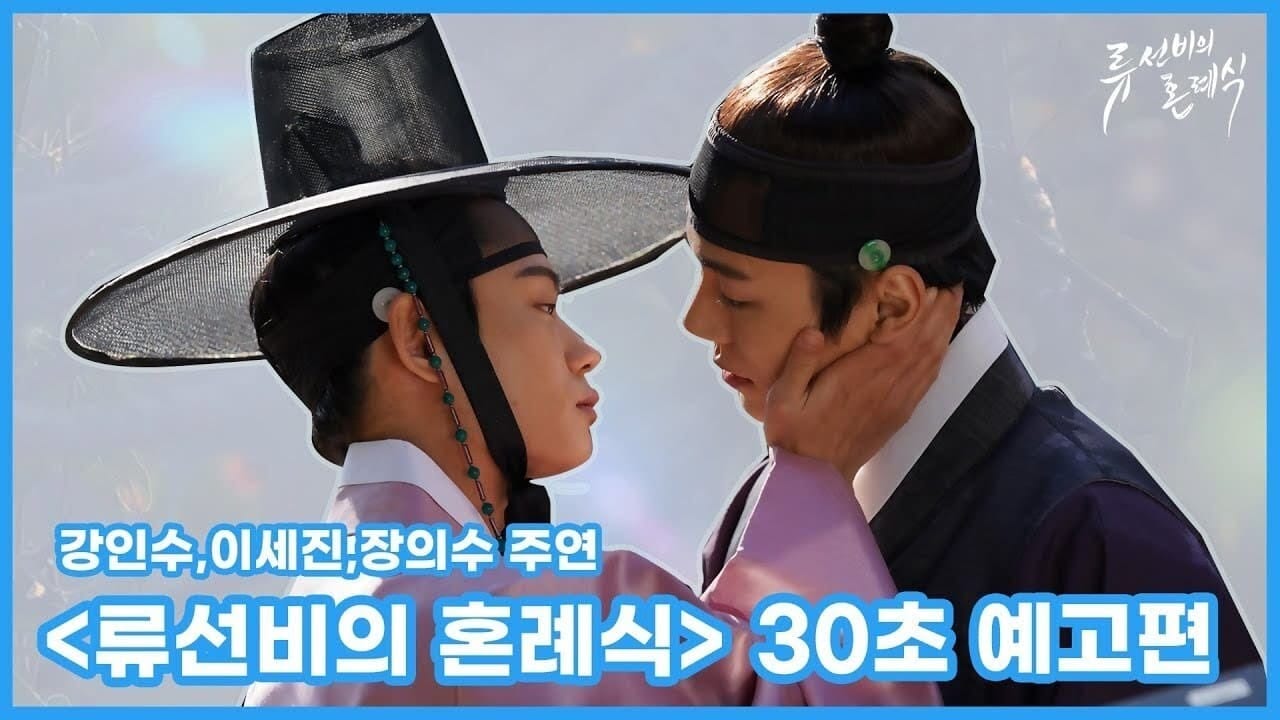 Korean Web Drama, Nobleman Ryu’s Wedding is a short BL drama that portrays the love story between Ryu Ho Sun and Choi Ki Wan. Ho-sun marries Ki Wan without knowing his true identity as a boy. He was supposed to marry Ki Wan’s sister, Hwa Jin. However, she escapes right before their wedding that led her family to take such a decision. Ho Sun also keeps up the ruse as he wants to see his mother happy. They also think that it is only for less time as everything will go back to place soon. But, nothing went according to their plans.

The web series stars Kang In Soo, Jang Eui Soo, and Lee Se Jin in the leading role of Ryu Ho-Sun, Kim Tae Hyung, and Choi Ki Wan respectively. The other name for the series is Scholar Ryu’s Wedding, Ryuseonbiui Honlyesig, and Ryu Sun Bi’s Wedding Ceremony. Moving Pictures Company is the production company behind the creation of Nobleman Ryu’s Wedding, with Park Gun-Ho as the director. Jang Hae Soo and Kim Seul Gi are the screenwriters for the series, respectively. Now, let’s get a glimpse into the first two episodes and also when episode 3 of the series is releasing.

Nobleman Ryu’s Wedding Episode 1 starts showing the wedding of two people in the Joseon era. The groom is falling asleep while sitting. However, the bride catches him even before he falls off. Then, the groom says to his bride that she is strong. The bride began speaking and says that he has something to tell the groom. But, the groom went to sleep even before the bride could say something. The scene shifts to the groom playing hide and seek with his wife. He went for searching his wife saying, he is very good at playing hide and seek and will catch her. We see how the groom finally found his wife. But, he is surprised to see his wife. The wife says to her husband that he has finally caught her. 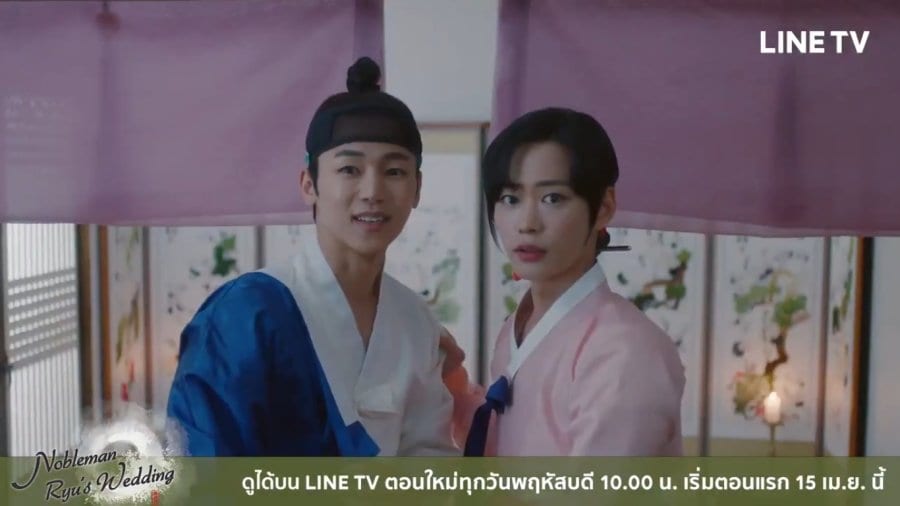 A scene from Episode 1 of Nobleman Ryu’s Wedding wherein Ryu Ho San and Choi ki Wan are together (Credit: LineTv)

The scene again goes to the groom sleeping and thinking. He thinks it does not make any sense that his wife is a man. Now, it is known that the groom was dreaming all the time. The groom again thinks the dream is ridiculous and how he came to have such a dream as his wife is beautiful. He wakes up and watches his wife. His bride asks him if he woke to which the groom wakes up immediately and ask about the bride’s face. The groom shockingly asks him about his identity and the reason for his tied hands.

Then, the actual truth came out that a bride is a man. The bride began speaking and said he already told the groom that he is Choi Ki Wan. He is the brother of the groom’s fiancee, Choi Hwa Jin. The drama shows that Choi Ki Wan says the truth to the groom about his identity on the wedding night itself. The groom, Ryu Ho-Sun asks about his real fiancee, to which Ki Wan says that she escaped before the wedding. They both agreed to live together with a husband and wife until the return of his sister.

Nobleman Ryu’s Wedding Episode 1 starts with Choi Ki Wan taking his measurements for giving to his mother-in-law for making new clothes. However, Ryu Ho San appears at the moment saying, he will help her in taking the measurements. Ki Wan thanks him for his help to which Ho San replies him to not get caught and return to his palace. Han So also said he never thought until now how hard it is to buy clothes and also says to Ki Wan to never go together anywhere with the family.

They return to their home, and Ho San feels hot while sitting together. Then, we see that Ho San’s mother is burning firewood. She says to Ho San’s sister that Ryu and his wife are already close, but they will need a fire between them. They lock Ho San and Ki Wan for spending the night together. The door did not open even after they try to open it. They feel hot, so they also open their clothes. But, Ho San feels embarrassed and tries to escape. They spent the night just like that. Han So’s sister, Jin Hee does not like Ki Wan and creates all sorts of troubles for him.

Moreover, Ki Wan and Han Soo also pretend to be good husband and wife in front of Han Soo’s mother. Jin Hee spoils the whole food made by Ki Wan for the family. She also said that her mother wanted Ki Wan to prepare all the food by herself. Jin Hee also asks Ki Wan to wash all the clothes by herself in the cold water.

Nobleman Ryu’s Wedding Episode 3 release date is April 22, 2021, at 12:00 KST or 8:30 a.m. on WeTV and LineTV. So, there are only four days left for the premiering of the next episode. The series consists of eight episodes of short duration. However, streaming already took place for two episodes. Nobleman Ryu’s Wedding Episode 3 will depict how Han Soo begins to fall for Choi Ki Wan slowly. Moreover, Kim Tae Hyeong also began to fall for Ki Wan slowly without knowing his true identity. The actual Hwa Jin also chooses to return. It will further complicate things between the couple as no one knows Ki Wan’s real identity.