Nina Dobrev and Shaun White: Are They Engaged? 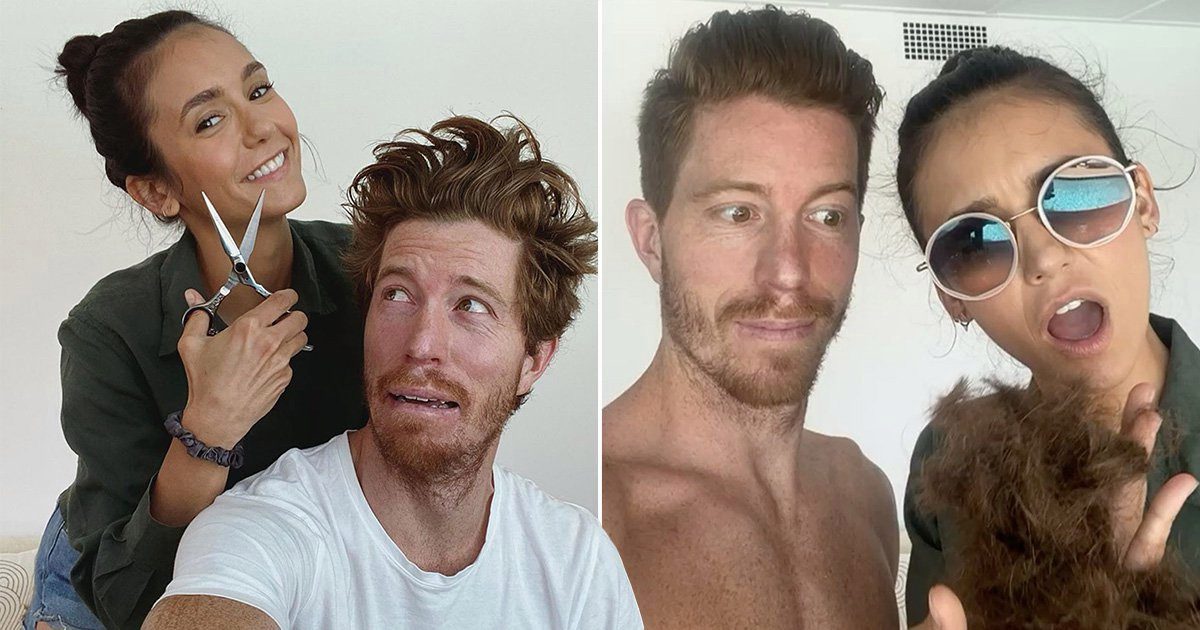 Considered as one of the most beautiful looking women, Nina Dobrev from The Vampire Diaries fame is currently going strong with beau Shaun White. The pair were reported to be living together during the 2020 COVID pandemic and have also been having the best time traveling places together. Shaun is happy with the progress he and Nina have made so far in their relationship and the lovey-dovey photos of them fans come across on the internet are proof enough they are here to stay.

As you may know, Nina Dobrev and Shaun White’s romance is stronger than before. People usually associate the word, whirlwind romance with their story because things progressed fast between the couple. Nina is with this professional snowboarder, and they sparked dating rumors since February 2020 when they shared the same photos from their trip to South Africa. Later, in a month’s time, Nina and her beau were also spotted riding their bikes in Malibu. News soon followed in last year that they had become a couple. It’s been said they are enjoying their time together and getting to know each other more closely as time progresses. But as they move forward, fans are bound to ask if there is anything official between the two, as in, are they going to wed? Are they engaged? If you are someone who wants to know the same, please keep reading.

Nina Dobrev was previously with boyfriend Grant Mellon soon as the former reunited with his ex, Glen Powell. Grant and Nina only said the best things about each other post their break up and during the dating time, they used to often be spotted at baseball games in the United States. Grant and Nina dated each other for a year before taking an eventual break and that was it for their romance.

Before dating Grant Mellon, Nina was in a relationship with her Vampire Diaries co-star and the handsome hunk, actor Ian Somerhalder. The couple was together from 2011 to 2013. She then went on to date Bridge of Spies actor Austin Stowell from 2015 to 2016, while former Scream Queens star Glen Powell in 2017. Her Vampire Diaries co-star is married and has a child with actress, Nikki Reed.

Nina since then was reported to be single, and afterward at the beginning of 2020, reportedly dating snowboarder Shaun. No wonder there are so many pictures of them enjoying vast locales of the world. The couple has a traveling bug and are often seen out in bespoke places, and sometimes even roaming their neighborhood in Los Angeles.

They say it’s not official until it’s Instagram official! Nina made the dating news official on her Instagram when she shared a photo of giving Shuan a haircut. This was in the May of 2020, and the athlete besides him looked afraid to get a haircut. He had the photo captioned as, “My hairstylist said he wouldn’t, so she did. Calling it quarantine cuts, the couple set the photo-sharing app ablaze with their dating news.

Later on, further reports said that Nina and Shaun are super compatible and both free-spirited people and supportive of one another in their fields. They were next seen in August 2020 in Tulum, Mexico enjoying the beautiful beach waters in each other’s company. Shaun so far is super happy with Nina and is loving the life he has with her.

Nina and Shaun also celebrated previous year’s Thanksgiving together and the photo was up on her Instagram as well. Their next best picture was them posing together in a typical end-of-fall photo theme setting with autumn leaves as their background in December 2020. The star captioned the photo saying, “catch me if you can.”

Shauna and Nina are going strong, but there’s no news of their engagement yet. It looks like the Olympian would like them to have some more time to themselves before he puts a ring on her finger. More as we have it.

Are Chase Stokes and Madelyn Cline Dating In Real Life?

Your Place Or Mine: Netflix: All We Know So Far

Park Shin Hye Net Worth: A Look At The Actress’ Career