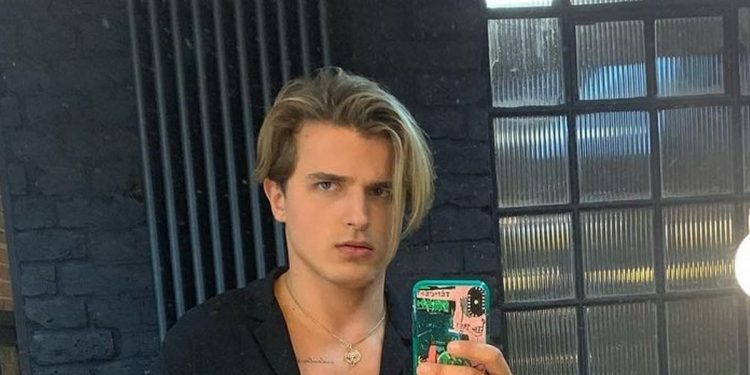 Nikita Kuzmin and Tilly Ramsay have not only come off as the most powerful and beautiful couple in Strictly Come Dancing but also have sparked some romance rumors between them. So, is Tilly Ramsay, Nikita Kuzmin’s Partner even off the dance floor? Unfortunately, the couple is not dating yet despite their several outings and spending time together. It seems Nikita already has a partner and is dating a fellow dancer from Germany. The professional dancers has many times cleared the romance sparks between them in the interviews.

But, their romance rumors are flying still now as they are spotted together often and that too in a close relationship. Meanwhile, his dating partner has not addressed the romance rumors despite her showing support for him on social media. She also met Tilly while visiting Nikita in London. An insider stated how she went to meet her boyfriend and Tilly while visiting London. They bonded over Nikita while clicking off instantly. But, Nikita and his girlfriend have that trust as the pair have been together for five years.

Also Read: Are Tilly And Nikita Together? All About The ‘Strictly Come Dancing’ Partners

Nikita Kuzmin does not have a partner in real life currently as he is not married. However, he is reportedly dating and in a relationship with Nicole Kurt. The professional dancer is also fuelling romance rumors with his reel life partner, Tilly Ramsay, in the Strictly Come Dancing. Nikita or Nicole has not yet made their relationship Instagram official nor publicly commented on their relationship. But, the Instagram accounts of the pair give a lot of hints that they are in a relationship. Nicole is also a professional dancer, just like Nikita. She belongs from Germany’s Frankfurt.

Nicole has shared several lovable photos of her with Nikita in her Instagram account. In fact, the pair’s account also has many regular getaways of them together since both are fond of traveling. The duo has also competed regularly in various professional dance competitions throughout the years. They shared the first dance floor in 2016, wherein the pair won. After that, they post pictures of one another on social media consistently. It could be the beginning of their relationship. It is rumored that the couple has been together for five years. The pair also competed in 2020 at the German Nationals.

Nikita’s dancing partner for Strictly Come Dancing 2021 is Tilly Ramsay. This year’s show started on September 18, 2021. The professional dancer got often linked with Tilly when Tabloids captured them spending time together during various outings. Also, the two of them got often seen in cute PDAs. Not only on the dancefloor, but the pair is also undeniably very close, even off the dance floor. It brewed romance rumors between the pair, considering how most of the partners from Strictly Come Dancing become real-life partners. Fans speculated that both of them is dating in secret.

The romance rumors between Nikita and Tilly are still ongoing with their loveable PDAs and outings. However, both of them, in many instances cleared off the romance rumors when asked about the same thing. Nikita, during a recent interview, stated that nothing is going on between him and Tilly. He clarified that there is nothing serious as they are professional dancers and have come to the show to have an amazing journey and fun. They are just like best friends who are interested in dancing together. Nikita, himself wonders how the show has come to make such a perfect partnership.

Nikita’s Girfriend Supports Him for the Strictly Come Dancing Show

Nikita’s girlfriend, Nicole, is very supportive of him during his journey despite her not addressing the romance rumors directly. She even asked on social media in October to support her boyfriend and his partner on the dance show. Nicole asked the people to keep the pair on the show by voting for them. Furthermore, she referred to the pair as “Cuties.” Tilly also met his girlfriend when she came to visit her boyfriend towards the end of October.

Also Read: What is the Strictly Come Dancing Voting Scandal all about?