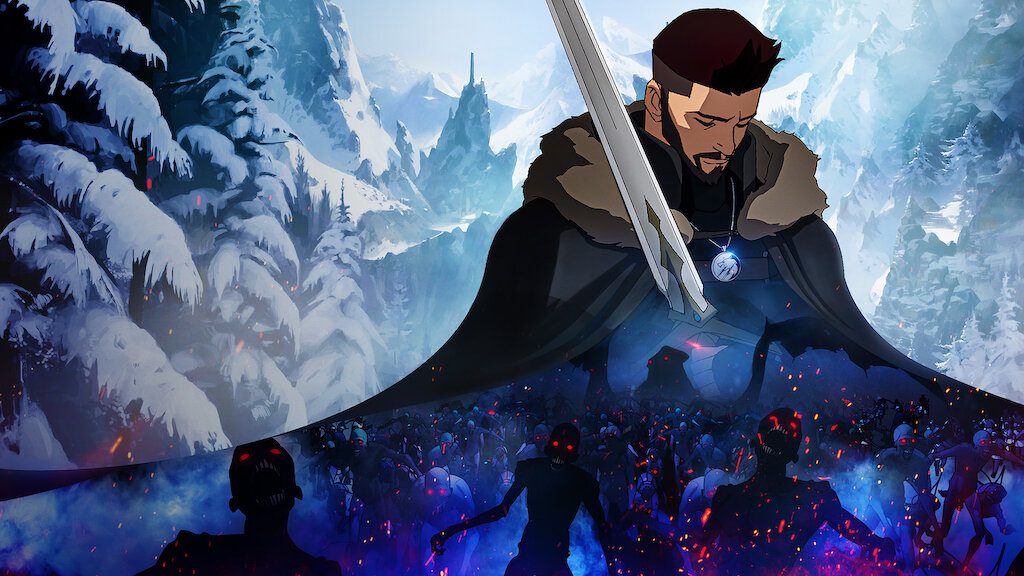 What do we know about The Witcher: Nightmare Of The Wolf Release Date? The Witcher went on to become one of the biggest hits of Netflix. The fantasy drama series starring Henry Cavill is all set to return on Netflix for a brand new second season. What started as work done strictly for fun and money turned out to be something darker for Vesemir. Join him in this unsaid journey as he takes on as the skilled monster hunter! This upcoming flick is all about Vesemir and some of the unsaid stories about him that fans have never seen before!

While the second season of The Witcher is yet to come, the animated live-action film The Witcher: Nightmare of the Wolf is arriving on the streaming platform this August. The animated film will revolve around Vesemir, who is Geralt of Rivia’s mentor. Fall of the witcher fortress Kaer Morhen. The movie will offer fans insight into what Geralt’s world looked like before witchers were considered outcasts, back to the time when magic and monsters were more prevalent across the Continent. Let us take a look at all the details regarding The Witcher: Nightmare Of The Wolf Release Date.

The Witcher: Nightmare Of The Wolf Release Date: When Is The Animated Show Arriving?

The Witcher: Nightmare of the Wolf debuts on Netflix on 23rd August 2021.  As the newest trailer suggests, the animated story will give fans a glimpse into Vesemir’s transformation to becoming a witcher alongside him. Given the massive popularity of the original show, fans are eagerly waiting for this one! 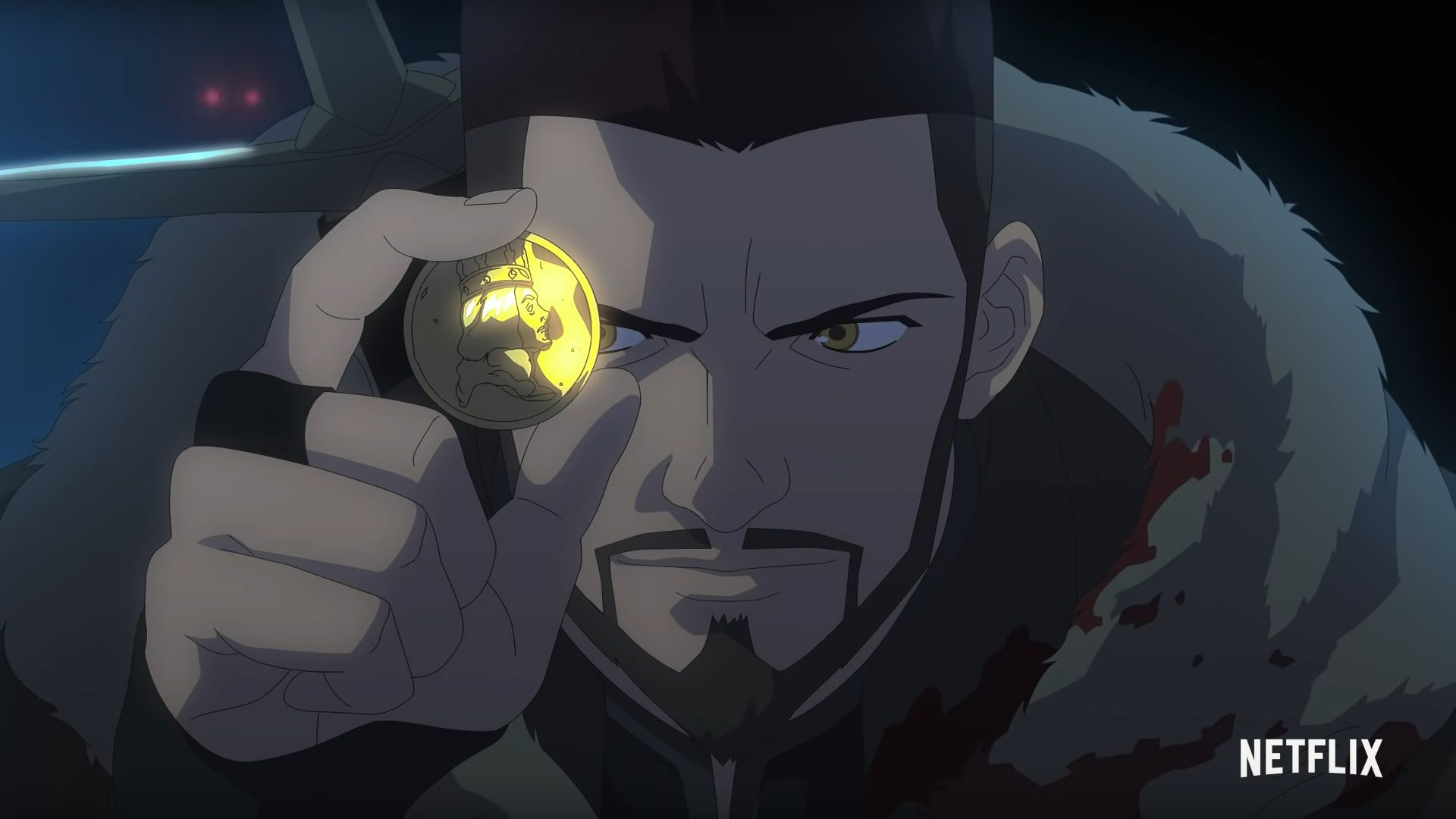 This also means that it will also additionally focus on the mutations that these witchers experienced to get their powers. The animated film will also give fans another share of the story by showing how life was for these witchers before their home, Kaer Morhen, fell to complete ruin.

Do We Have A Trailer For Nightmare Of The Wolf?

With the highly anticipated animated film arriving on the platform on 23rd August, Netflix has already released the official trailer for the upcoming animated film. As the trailer opens with the line that describes Witchers as rogues with virtue, monster hunter Vesemir soon arrives with a story that is not heard before. If you haven’t already seen the trailer yet, here’s the official trailer of Nightmare of The Wolf.  See what’s involved in making a Witcher!

The short trailer asks fans to face their demons, and it seems like it is going to be a wild ride for Witcher fanatics. Don’t miss out on the rich plotline, a great cast ensemble who will be voicing these characters, and more. As the show’s official poster suggests, Vesemir’s monster hunting tour across the Continent begins here.

Divergent star Theo James voiced the lead role of Vesemir. Theo earlier worked with Netflix on Castlevania. Lara Pulver, Graham McTavish, and Mary McDonnell. McDonnell will also be starring alongside Theo James. Writer Beau DeMayo explains how when it comes down to just this idea that always talked about on Witcher both on the live-action side! The whole idea lies in the fact that Witcher is about found families and about orphans finding each other. DeMayo further adds, saying that it is about raising that next generation and guiding that next generation. She describes Vesemir as someone who kind of leans into the world and loves his fair share of worldly pleasures. 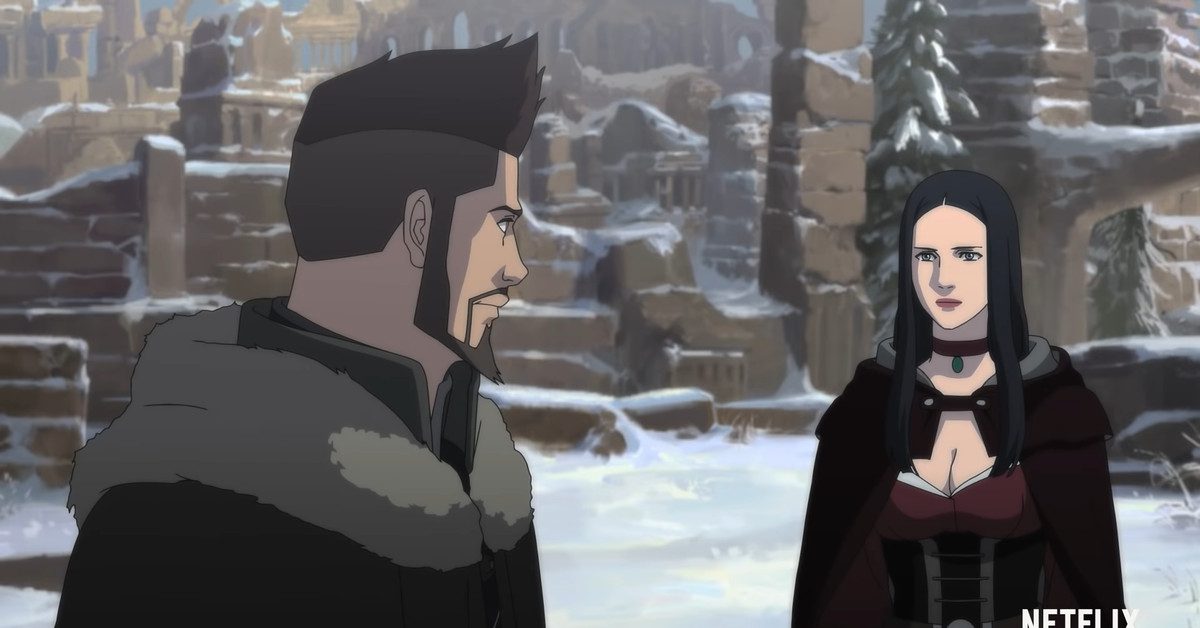 The writer also explains that they had to make Vesemir a hotshot who stands as a contrast to Geralt!  As the official description of the animated flick explains, while escaping from poverty to become a witcher, fate had a different plan for Vesemir. The infamous monster hunter kills monsters for coin and glory, but when a new menace arises, he must face the demons of his past that come snack to haunt him. Vesemir has a story to tell, and we are all set to watch it all!