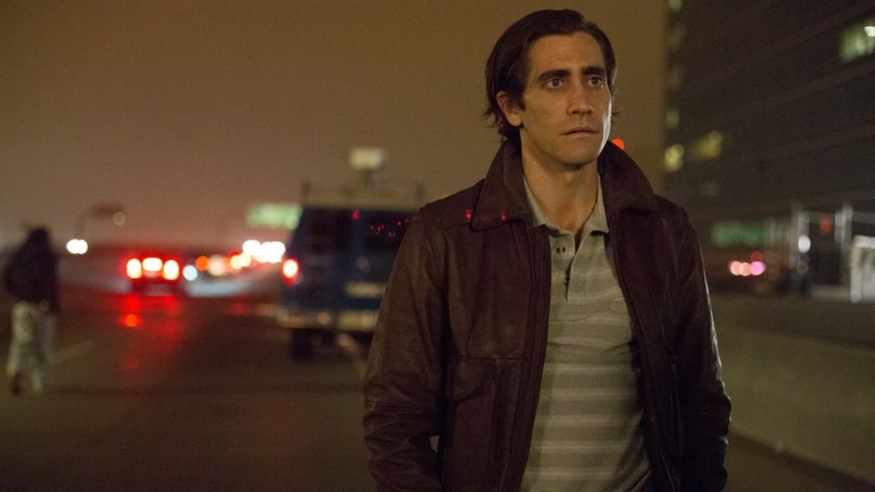 Outside of taking the lead role, Jake Gyllenhaal played an important role in the production of the film, from selecting crew members to watching audition footage.

The filming process lasted for four weeks and was a challenging process spanning more than 80 locations in the US. But of course, it was worth enough to make an excellent body o work that will last a lifetime. ‘NIghtcrawler’ is a great triumph in moviemaking that surely stands out in its genre.

What is the story about?

Lou Bloom (Jake Gyllenhaal) was originally a thief. He stole everything he could, from wires along railroad tracks to bicycles. Actually, Bloom wanted to work normally. Unfortunately, no one wanted to hire a thief.

On a trip home, he saw that there was an accident. Bloom decided to get out of his car. He saw the police and medics helping the victim. At the same time came a freelance videographer who recorded the incident.

After finishing the recording, the videographer was involved in bargaining with the television station. The next morning, Bloom saw the events he saw that night broadcast on television stations. Bloom sees an opportunity to earn more money.

The proceeds from the sale of stolen bicycles, he bought police scanner cameras and radios. The way it works, he will listen to police conversations over the radio. Everything he listens to, from accidents to robberies to murder.

After an incident occurred, he would go to the crime scene and record it. After that, Bloom will sell it to television stations. At that time, Bloom was selling his work on a television station KWLA led by Nina (Rene Russo).

Also read: Jake Gyllenhaal Net Worth in 2020 and All You Need to Know 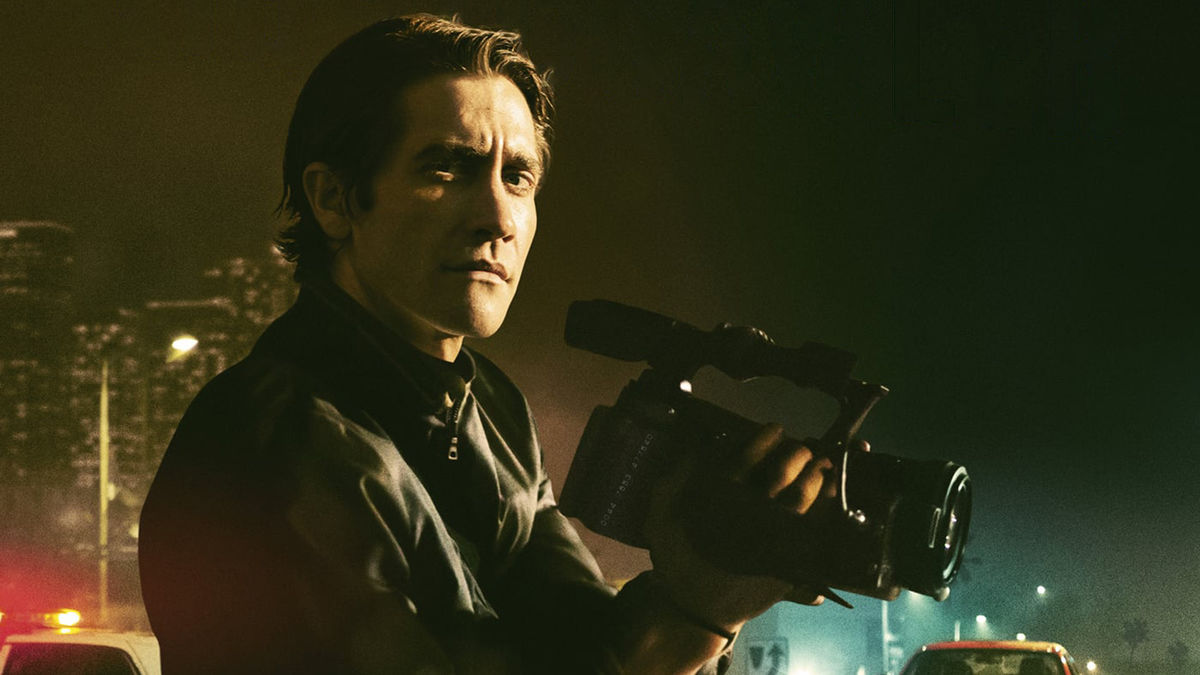 During this pandemic, for example, television bombarded the fear of COVID-19 news all the time. There is no room for rest to keep the mind sane. If fear makes people more stressed, then television is one of the most responsible. The things on television seem to represent real life. In fact, the content broadcast is the result of selection and is in accordance with the needs of television authorities. Everything that is seen is processed by reporters.

At a more extreme level, reporters can alter actual events for more dramatic news needs. In the film, Bloom often enters the victim’s house without permission and moves several items. It makes the video even more dramatic. Bloom also moved accident victims several times so he could get a good camera angle. Of course, this violates the journalistic editing code. But people only know what television shows.

In one scene, Bloom said that “On television, everything looks so real.” This scene is when Bloom first enters the television production room to submit the video he recorded. The reality on the ground can be different from that on television. The selection of content on television is based on what sells to the audience. Why did that happen? Media owner, reporter, and audience relationships, of course. Many people are getting fed up with the media. Some say that the media are no longer independent, pursuing sensations, and so on.

As a beginner, Bloom received a lot of direction from Nina, who was more senior in television. According to Nina, many television viewers are happy with the content that shows adrenaline. For example, accidents, fires, robberies, and so on. The news will be even more interesting, said Nina, if there are victims from the rich or white, especially if the perpetrator is a minority group.

Nina gave an example of news that would invite a large audience, such as a screaming woman running on the street with her throat slit. “If it bleeds, it leads,” added Nina.

If it is true that television is only concerned with sensational news, then the audience will also have a share—an example of this connection. The public prefers bloody crime news. The media owners who research the types of content that get the most attention are criminals as a result. So media owners direct their reporters to look for criminal news. There is a kind of vicious circle.

The exploitation of the television world in this film depicts more or less the reality around us. Society directs the type of content from television. Meanwhile, television also shapes people’s mindsets. A combination of journalism and action is packed so nicely in this movie.

Unlike any journalistic-themed movies, you’ll ever watch

There have been many films with journalistic themes. One of the things that make Nightcrawler interesting is the combination of journalism and action.

Apart from showing how television works (and all its rottenness), there are car chases, collisions, and shootings. We will get a different nuance when watching the film All the President’s Men (1976) or Spotlight (2015).

The two films show more about how the media works with all its complexities, codes of ethics, and risks. Rare or no action scenes at all. In Nightcrawler, when Bloom was short on news of interest, he would make the news yourself.

Nightcrawler succesfully depicts various kinds of madness that have become deeply rooted in today’s society, and those kinds of madness are what Dan Gilroy spoke of in his directorial debut. Presenting Jake Gyllenhaal (who is getting smarter in choosing roles) in the super skinny version, Nightcrawler centers on the figure of Louis Bloom (Jack Gyllenhaal), an unemployed man who makes money by stealing.

What items did Bloom steal? The answers are anything from wire fences and junkyards to racing bikes. But even though you have stolen a lot of things, it still can’t fulfill Lou’s life. He needs a steady job with long-term prospects to make a lot of money. After failing several job applications, Lou finally got inspiration.

He was inspired to become an amateur cameraman who recorded events in order to sell the footage to television stations for broadcast on the news. With cameras, GPS, and all limited capabilities, Lou finally took to the streets, recording various events, although not all of them led to success.

A crime thriller full of horror and suspense 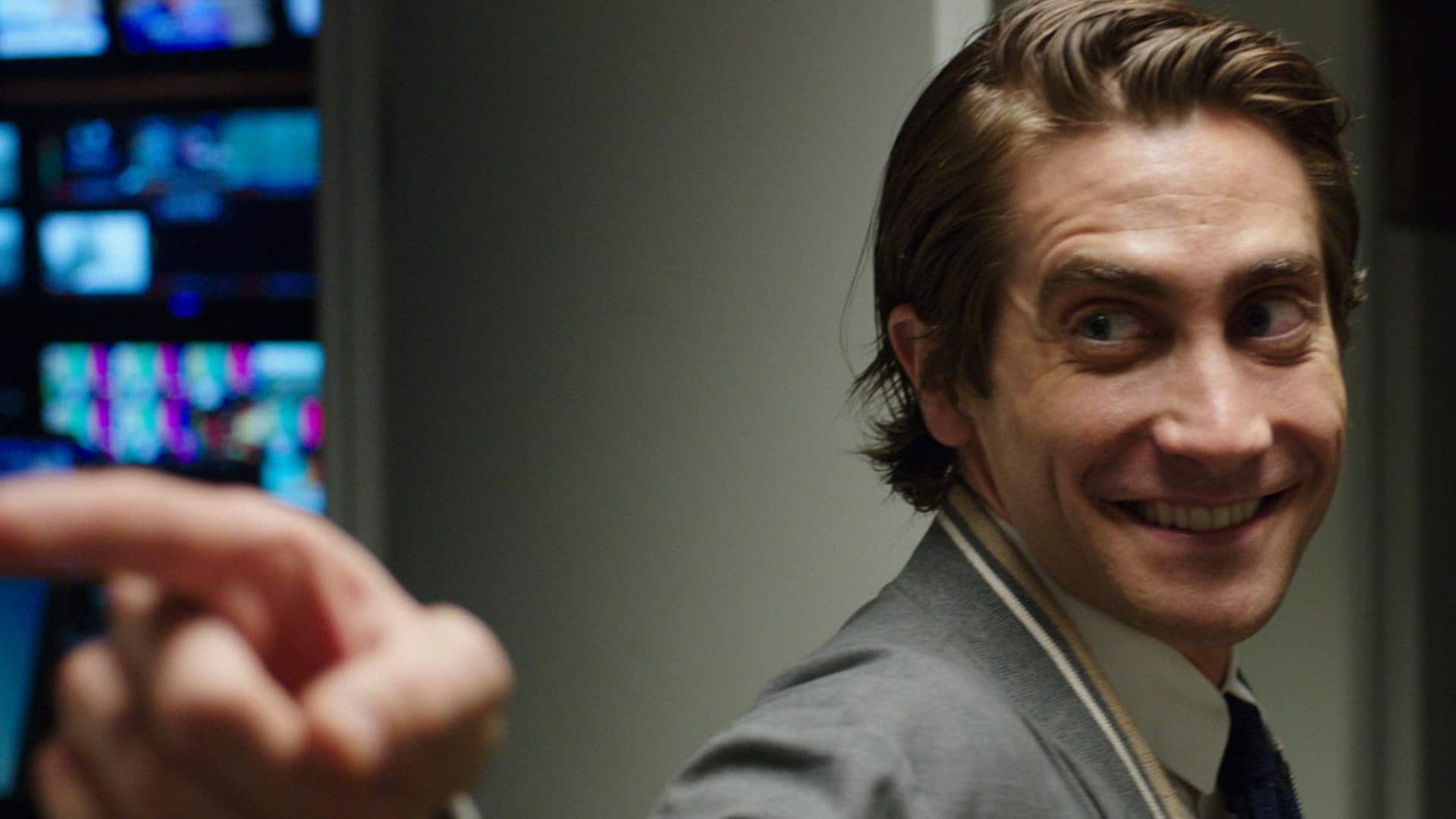 It is possible for this film to carry the crime-thriller genre as its main sale and focus, but the aura of horror is very thick. Horror, because everyone who is present is so close to the life around us. At first glance, Lou and his various crazy steps are fictional, but look at them again, and you will find that all aspects we often encounter in our daily lives, whether we realize it or not.

One of them is clear, as mentioned earlier, about the madness of those who are willing to do anything for money or position. Furthermore, we will find a negative relationship between viewers and television news. Today’s society will be more “happy” to see violence; even roadside accidents invite more audiences than art performances. On the other hand, television stations use this to broadcast negative news, even starting to marginalize the truth and worship the dramatization that causes today’s news broadcasts to be not much different from soap operas.

this film is definitely Jake Gyllenhaal’s stage. Look at his calm gesture, look at his expression that attracts attention, see how his expression can often “pop” either with laughter, smile, or even anger. Lou as a person who is able to control other people psychologically with only words, full of intelligence, hates the world (and humans), and is so selfish and “sick,” is also perfectly presented by Gyllenhaal. Lou Bloom is a perfect picture of how smart people are not necessarily well-educated people as many institutions call it.