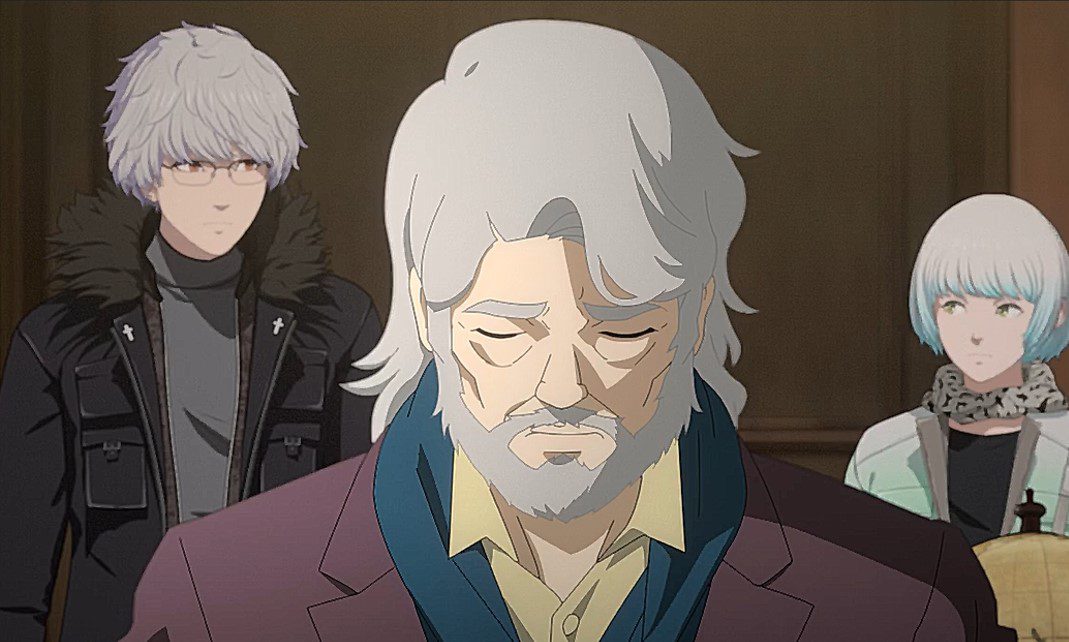 The siblings’ rival begins with Night Head 2041 Episode 8, with four brothers chasing each other to find the truth behind their parents. Night Head 2041 has been hitting on this arc since the four brothers got separated in childhood. This will release during the week. From the latest episode of Night Head 2041, Takuya clashed with Naoto, claiming that he is responsible for the mission of their mother. Takuya recognizes Naoto as his enemy since he can’t remember that they were brothers. The two had an intense brawl using their superpowers. The SWE sent soldiers to the battlefield, but they all got defeated.

The episode begins with the citizens complaining to the press that they almost died. One of the men talked about physic powers and praised SWE that he got saved because of them. The guy tells the public that Japan is a wonderful country and that Special Weapons Enforcemet’s power is incredible. The public bought into that and said SWE is amazing, and Haitani is on fire. The citizens talked about watching Ms. Sasaki’s program and that they are learning new things.

Unfortunately, Mikey and his man have invaded the news conference hall and point the gun at Haitani and Ms. Sasaki. Kasan sits on a bench and orders the news reporters to record him. But the SWE took care of them easily, Takuya snd Naoto’s fight destroyed the building, and it begins to burn. Takuya wonders where Naoto is, Jin arives and comments that Naoto has vanished, and Yuya contacts them. Jin adds that Naoto’s brother Naoyoa has disappeared, too. Takuya asks who are those two brothers and Jin replies that he has no clues. Takuya reveals that the two brothers have something to do with their parents.

Jin wonders what Takuya is talking about. Jin adds that they will track them down, and Takuya replies that the two are hiding something.  He advises Takuya to kill them next time since those brothers are dangerous. Takuya agrees while Naoto and Naoya wake up deep in the forest. Naoto helps Naoya to get up, and the two saw Emily turning into dust. Naoya comments that Emily has disappeared. They headed inside the building and met with Mukiriya. Naoto asks Mukiriya why he lied to them and talked about telepathy, future sight, and telekinesis.

Mukiriya guarantees that he was not lying, and Naoto reminds him that the SWE tried to kill them. Naoto asks why those two were fellow psychics, and it is the opposite world that Mukirya described. Mukiriya told the two that they have a role to play. Mukiriya narrates the story that happened in 2023 and said something massive happened on Earth. He talked about Dimensional Travel and the changes that occurred on Earth. Naoto asks if he is expecting them to believe that. Mukirya replies that the ones who underwent the Dimensional Travel were those who could accept spiritual energy.

They arrived on another Earth that Naoto and Naoya saw, and it is a world left behind. Naoya wonders if they and the rest of humankind are on Earth that was left behind. Mukiriya agrees and told the two to accept the changes. Misaki told him in the past that a huge change will take place, and Mukiriya built the lab and brought the boys. Mukiriya talks about those who were well left behind from Noah’s Ark, and their punishment was death. He gave the duo Shoko’s notebooks while Yuya learns something from his memories. Yuko wonders why Kiriya’s brothers are inside Yuya’s memories.

Where To Watch Night Head 2041 Episode 8

Beard King Net Worth: How Is The Company Doing After Shark Tank?

Star Trek: Picard Season 2: When Should We Expect It?